This is the second time in a month that Actor Michael Rapaport has targeted the first lady using sexist tropes. 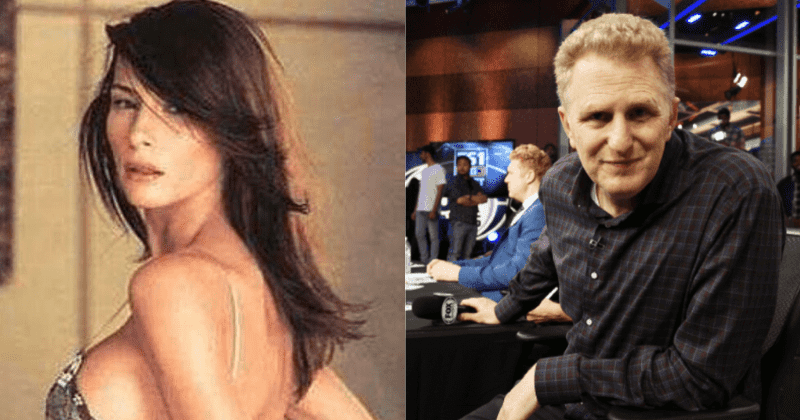 Actor Michael Rapaport took a rather cheap shot at Melania Trump by posting a racy image from her modeling days to wish her on Mother's Day. Rapaport has been very critical of the President and the first lady and often uses sexist topes to target Melania Trump. He posted the image and tweeted: HAPPY MOTHERS DAY!!! I hope you’re a better Mother than you are First Lady, you’re useless as a First Lady, literally. He also used the hashtag #Milfs, which means Mothers I'd like to F*ck. The True Romance actor was hit with a barrage of abuse after the conservatives were triggered by the actor's tweet.

Everybody has a past, Melania rose above hers.
She's intelligent, highly educated, gracious, and kind.
She's also beautiful and would be a style icon if the left didn't hate her husband so viciously.

Conservatives are not exactly the flag bearers of 'family values', especially when you consider they continue to back Donald Trump, who has been accused of sexual misconduct, including rape and sexual assault, by at least 43 women. Conservatives targeted Rapaport with stinging messages on Twitter. "Imagine what it has to be like to be this man and look in the mirror every day and see a face that looks like decades of drug abuse and bad genetics. Then you will comprehend why he is furious," wrote Carmine Sabia, choosing to target the actor's looks. Tommy Mace argued that such sexism was acceptable only on other days. They wrote: That was over the line on Mother's Day. Just because you can get away with it doesn't mean you should do it. Really cruel and tasteless. I'm a fan but I'm not numb to others' feelings, Mike. You could have chosen from 364 other days to post that.

It's not the first time the comedian has targeted Melania Trump. Last month, he shared an image of the couple with Trump's arms wrapped around the first lady with a caption that read: Just a reminder, a hooker, and a con man are running America. The Atypical actor captioned the photo: NEVER FORGET. Michael Rapaport has become increasingly vocal against the President over Trump's handling of the Coronavirus outbreak. He accused Trump of using Americans as "guinea pigs" so he could get re-elected in November. He was responding to claims by the President that it was time to reopen the economy and get back to work.

What a sad excuse for a man. Of all messages you could use your platform to send on mother's day, you take shots at out first lady. A woman who has done no wrong to you, but is constantly bullied by elitists like yourself.

The 50-year-old actor posted a 1-minute video slamming the President for his repeated calls to reopen the economy during the health crisis. The actor called on Trump to send his children to work during the pandemic. "F— pig, the real people want to get back to work ASAP? You never worked a f—ing day in your life," said Rapaport. "You are the worst possible motherf—er we can have in power making decisions right now. The real people want to get back to work? Why don’t you send your f—ing son, d*** stain Donald Trump Jr., big-toothed Eric Trump, little f—ing Barron, f—ing Ivanka, junkyard Jared… let them go out there and test the f—ing waters. Let them see if s*** is sweet. Let them take the cars, the trains, the buses, the amtracs. Let them play in the park, and if everything's good, after five days of them playing out in the streets, we'll all go back," added the actor.

At the time, America had recorded 22,000 deaths. Now, after 110K deaths, Trump is dancing to the same beat, calling for the opening of the economy despite health experts and CDC recommending otherwise.  “We’re going to do something very fast, and we’re going to have a phenomenal year next year,” Trump told Republicans during a meeting, reported The Washington Post. “President Trump is committed to a data-driven approach to safely reopening the country. His steadfast leadership has saved American lives, and the American people recognize his leadership,” said White House press secretary Kayleigh McEnany.