The 59-year-old is set to reprise his role after exiting the show in the early 2010s. 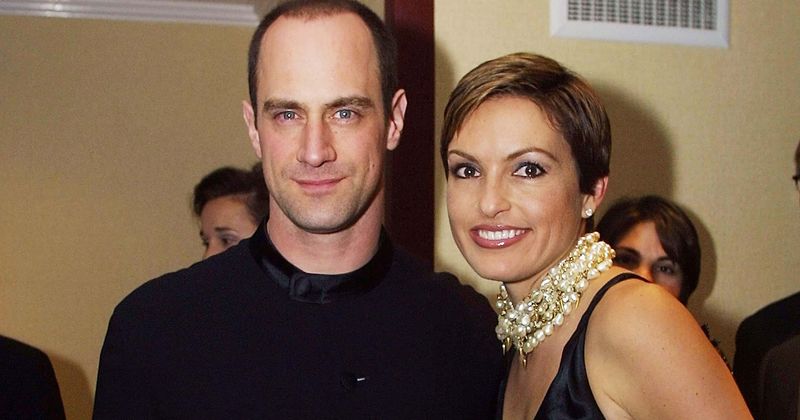 Law & Order: Special Victim Unit fans are in for a treat, going by what Christopher Meloni said on Wednesday's episode of The Talk. Meloni revealed that Mariska Hargitay is set to make a cameo in the soon-to-air Law & Order spin-off show which was announced to release earlier this year. Answering Sharon Osbourne's question on whether Hargitay, 56, would take on her role as Olivia Benson on the upcoming series, Meloni said, "Oh yeah!", according to People. "How much? I don't know," he continued, "because I hear she has her own day job. I think whatever we can slice away, whatever the writers come up with. I think we will both be looking forward to playing with each other in each other's sandbox."

If you can't wait for Christopher Meloni's return to the Law & Order universe, you are definitely not alone.https://t.co/mckhTFVBgi

Meloni and Hargitay featured on the show for 12 seasons before the former made a sudden exist back in 2011. In the new spin-off, Meloni will reprise his role as Elliot Stabler after nine years. The series is set to follow his character's life as he leads the organized crime division of the NYPD. As per reports, the show has already received a 13-episode order which would have been aired by now if not for the delays caused by the pandemic.

Meloni, 59, also spoke about the return of his character since it was written off at the end of Season 12, where he retired from duty. In the interview on CBS daytime talk show, he told co-host Sheryl Underwood that his character would be a changed man. He said: "Yeah, absolutely. I mean, you have to. There are a lot of unanswered questions about how he left, why the silence vis-à-vis Olivia Benson. I think, in real terms, society, and what we are dealing with in society, has changed dramatically. So, I think you have to address that. And, I think the person Elliot was, I think we all evolve. I think all those things are going to be put into play."

Christopher Meloni: Mariska Hargitay Will Be on Law & Order: SVU Spinoff. So what I’m reading is that my heart rhythm isn’t going to be steady for a full two hours of this crossover. https://t.co/uWPx51vami

According to reports, Warren Leight, SVU showrunner, appeared in an episode of Law & Order: SVU Podcast and said that Meloni will appear on SVU in the run-up to the spin-off show, and so he said Hargitay's appearance would be no surprise. He said: "It’s pretty clear that Elliot will be in the SVU season opener. I think that much I know. Whether we get to see his family as well remains to be seen. It's not just about the SVU season opener, it's how do we help launch the new series and how much crossover will there be between Elliot and Olivia as the season goes on."

Things regarding the new show's production, however, are up in the air due to the pandemic, according to Meloni, which he explained in an appearance on SiriusXM's The Jess Cagle Show. Voicing his concerns, "We're in the middle of a pandemic production. You know, everything is just insane. You get new edicts out of New York City and New York state, and for good reason. And then you get new rules and regulations coming out of Universal, and then from the unions. You have to service a lot of masters right now, just to make sure everybody is safe, right? What's the new norm for shooting? So that is the long way of saying the writers are breaking rocks, trying to figure out the arc of the story, who the characters are and how they interact, and I have yet to see a script," he said, jokingly adding, "I'm working on my tan, okay?"

#ChrisMeloni opens up about his new @lawandordertv spinoff #OrganizedCrime, and explains that recent reunion selfie with @Mariska https://t.co/EoGtKeiVgu

Law & Order: Special Victims Unit is one of the longest-running shows on TV, having already completed a 478-episode, 21-season run as of 2019. The show has won over 33 awards, including an Outstanding Lead Actress In A Drama Series Emmy for Hargitay in 2006.