trending celebrity people lifestyle news animals
Charlize Theron Saw Her Mom Kill Her Dad In Self-Defense, Right In Front Of Her. She Was Just 15

Charlize Theron Saw Her Mom Kill Her Dad In Self-Defense, Right In Front Of Her. She Was Just 15

The actress was only 15 when she saw her mother shoot her father and uncle in her native South African home. 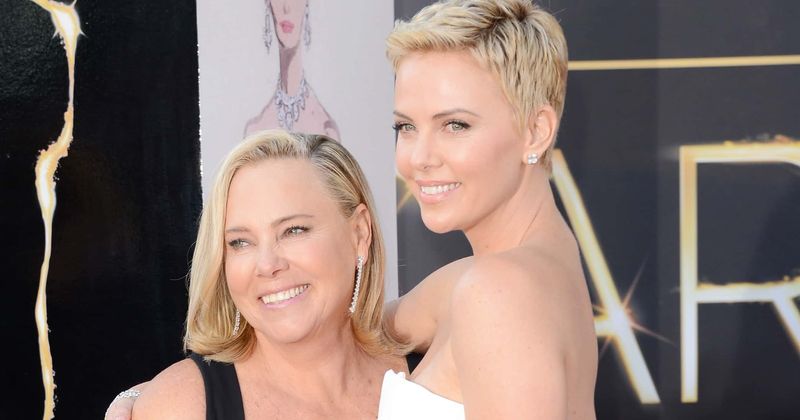 Charlize Theron was only 15 years old when her mother Gerda killed her father, Charles Theron, in self-defense in 1991. The actress's father drunkenly threatened her and her mother with a gun one night in June 1991. To save her daughter and herself, Gerda shot her husband. In an interview with NPR, the now 45-year-old Oscar-winner described her father as a “very sick man,” saying he “was an alcoholic all my life.” She elaborated, "I only knew him one way, and that was as an alcoholic. ... It was a pretty hopeless situation. Our family was just kind of stuck in it. And the day-to-day unpredictability of living with an addict is the thing that you sit with and have kind of embedded in your body for the rest of your life, more than just this one event of what happened one night. I think our family was an incredibly unhealthy one. And all of it, I think, scarred us in a way. Of course, I wish what happened that night would have never happened. It's unfortunately what happens when you don't get to the root of these issues."

Charlize Theron Spoke About the Night Her Mother Killed Her Father in Self-Defense https://t.co/WUZhY5MOnp

Speaking of the night of the terrifying incident, the Mad Max: Fury Road actress explained, "My father was so drunk that he shouldn't have been able to walk when he came into the house with a gun. My mom and I were in my bedroom leaning against the door, because he was trying to push through the door. So both of us were leaning against the door from the inside to have him not be able to push through. He took a step back and just shot through the door three times. None of those bullets ever hit us, which is just a miracle. But in self-defense, she ended the threat. This family violence, this kind of violence that happens within the family, is something that I share with a lot of people. I'm not ashamed to talk about it, because I do think that the more we talk about these things, the more we realize we are not alone in any of it. I think, for me, it's just always been that this story really is about growing up with addicts and what that does to a person."

Charlize Theron details the night her mother shot and killed her father: 'I'm not ashamed' https://t.co/6yqOEGJ6j7

Growing up in such a turbulent environment was not easy for the star, who recalled what life was like dealing with that kind of trauma to Howard Stern in July 2017. “I just pretended like it didn’t happen,” she told Stern of how she dealt with her father’s death, according to Us Weekly. “I didn’t tell anybody — I didn’t want to tell anybody. Whenever anybody asked me, I said my dad died in a car accident. Who wants to tell that story? Nobody wants to tell that story. I didn’t want to feel like a victim,” she said. “I struggled with that for many years until I actually started therapy.” The actress started going to therapy in her “late 20s, early 30s” and realized that she’d come to terms with her father’s death. “I think what more affected me for my adult life that happened in my childhood was more the everyday living of a child living in the house with an alcoholic and waking up not knowing what was going to happen,” she explained. “And not knowing how my day was going to go and all of it dependent on somebody else and whether he was not going to drink or [not.]”

I have no regrets about my father’s death – Charlize Theron https://t.co/gEUkI8ZPxw pic.twitter.com/DyJAe9gjOU

Despite everything she's been through, on multiple occasions, Charlize has credited Gerda with making her strong. “I have an incredible mother,” she concluded. “She’s a huge inspiration in my life. … Her philosophy was, ‘This is horrible. Acknowledge that this is horrible. Now make a choice. Will this define you? Are you going to sink or are you going to swim?’ That was it.” In October 2018, Charlize told Extra at Elle‘s 2018 Women in Hollywood event, “I am lucky enough that I had a great mom who really kind of made me brave and always told me to be brave.” “I don’t know who I might have been without that,” she added.