Texas Roadhouse CEO Kent Taylor's company has so far not had to lay anyone off or cut pay. 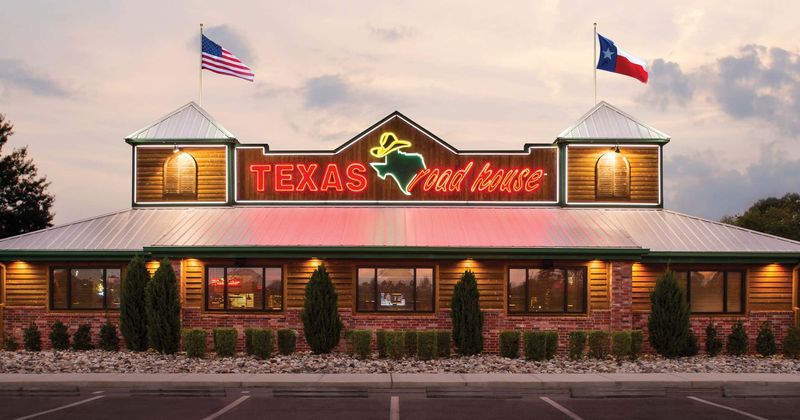 2020 has been a difficult year but the CEO of Texas Roadhouse is protecting both the lives and the livelihoods of his employees. In a report by MarketWatch on Wednesday, W. Kent Taylor agreed to forgo his base salary and bonus between March 18 and Jan. 7 of next year to help pay front-line workers, reports abc13. The steak house chain said it is also suspending its dividend as it moves to conserve cash during the coronavirus pandemic. The CEO earned $1.3 million in 2018, including a $525,000 base salary, Louisville Business First reported. The publicly-traded company based in Kentucky has 563 locations in the U.S. and internationally and 56,000 employees work for the various outlets. Texas Roadhouse has 15 locations in the Houston area alone. Taylor is stepping in to make sure his staff is protected during the pandemic.

You could not draw from your imagination a better Texas Roadhouse CEO. #Okolona pic.twitter.com/nNRMUfRK5q

“It’s how I was raised. I did what I felt was right,” Taylor, 64, told PEOPLE. “This is that kind of time where you have to persist and think differently and take care of those that are with you and lift everyone’s spirits and march forward.” Taylor donated his yearly salary and bonus, totaling more than $800,000 to help those who need it the most. Despite business slowing down during the lockdown, the company has so far not had to lay anyone off or cut pay.

On my way to Texas Roadhouse tonight !!! Mmmmm 😋 Shoutout to Texas Roadhouse and CEO W. Kent Taylor, who gave up his full salary this year to help pay workers out of work right now! 😎👍 I’m ready for a big juicy Steak 🥩! pic.twitter.com/EiWle8SmyX

That's not the end of the businessman's good deeds. He even donated another $5 million to an emergency fund called Andy’s Outreach. Taylor set this up decades ago, 18 years back to be exact, to help with things like rent and mortgage payments, utility bills, and funeral expenses. Talking about what started that fund, he shared, “We were doing that to take care of our people that might have a loved one die that needed money for a funeral or an operation. It would transition to where people gave part of their paycheck, whether 10 cents of $10, to help our people during times of need.” The funds were quickly getting over as people were turning to it for help which is why Taylor decided to contribute millions of his own money.

He seriously is a great man. Does all kinds of stuff for his employees. We loved him when I worked there. When my mom passed the store all came together and helped pay for the funeral.

"I’m 64 years old and I call people under 55 kids. So I have 70,000 kids, and you want to take care of them,” he said of his employees. “I relate it to my own personal family and I want to take care of my family, is how I look at it.” Taylor is no stranger to the struggle, having been through it himself in the initial days of Texas Roadhouse in the early 1990s. He was a single parent raising two daughters, and had to depend on his parents for financial support and, at times, housing too. He understands the importance of helping others in need. “When you’re down and out, that sticks in your head,” he said. “A lot of people think when you make it later in life it leaves, but it stays in your brain. Later in life, you want to give back in the same way.” His employees appreciate the kind gestures by their boss and have sent hundreds of letters in gratitude. Some were so moving he admits that he even shed a few tears over them. He hopes his efforts and generosity will be something his employees take with them.“I want them,” he shared, “to transfer the love we’re showing them to other people.”

Wow. Now that is a true hero He has millions and worries about his workers.

According to The New York Post, the chain took part in the “The Great American Takeout” campaign on Tuesday. In order to slow down the spread of the coronavirus restaurants around the country have been limited to serving to-go meals. “We are open for business and still serving America even though many of our dining rooms are temporarily closed,” Taylor said, according to The Post, in statement pinned to the top of the company’s website. “As the President and other officials have stated, restaurants play a vital role in our nation’s food supply, and we are going to help fill the gap where and how we can.”

Is there some reason ALL CEOs couldn’t follow this example?