The iconic dance movie from 2000 has just turned 20 and we can soon expect a brand new series to take the movie forward. 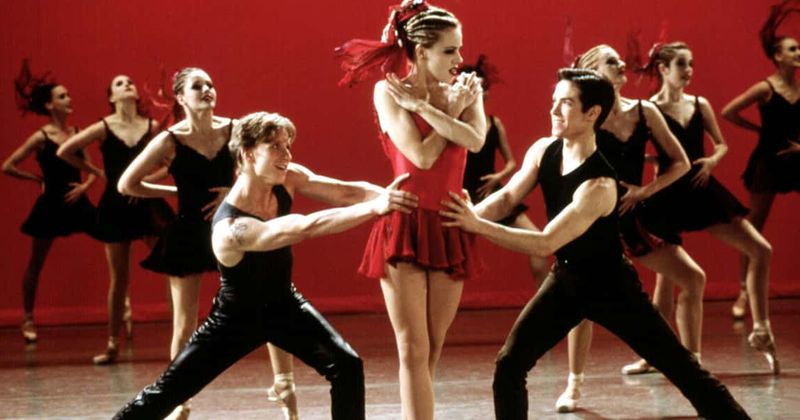 There are plenty of movies out there that have been panned by critics and yet have turned into great crowd-pleasers over the years, showing us that critics with all their bibliographic knowledge can often be wrong and overly negative with their reviews. One such movie was Center Stage, which as it happens, was released 20 years ago to this day and launched the careers of actors like Zoe Saldana and Amanda Schull among many others. This dance movie was known popularly for casting actual ballet dancers in lead roles rather than using body doubles and later swapping out faces in post-production. The movie has become so hugely popular over the last two decades that Marie Claire calls it the "dance movie of our generation" and TeenVogue ranks it the fifth-best dance movie of all time behind the likes of Oscar Winner Black Swan, Footloose, and Dirty Dancing.

Center Stage released in the spring of 2000 and bombed at the box office. It featured a group of 12 rag-tag teenagers enrolling at the American Ballet Academy with hopes of hitting it big one day in the future. The movie satisfies every Hollywood teen movie trope, which if you choose to discount, has a great coming-of-age story to tell us all. One of the main reasons it continues to remain popular is because of characters and the snappy and iconic one-liners. Here, we will take a look at a few of the most iconic moments in the movie.

#1 When The Ballet Dancers Go For A Salsa Shindig

The group of ballet dancers doing salsa is implausible as it is iconic. Could you imagine anyone you know doing something like this for real to have fun and kinda relax? Yeah, me neither.

We've seen a variety of dance-off on many dance reality shows or on the internet. But, how would ballet dancers have a major dance-off though? What would you get to see? Look no further. This scene where Charlie and Cooper got into a dance battle over Jody, and the result is a lot of ballet jumps.

Yes, the same Saldana we've gotten used to watching in multiple billion-dollar blockbusters such as Avatar, Guardians of the Galaxy, the racy thriller Colombiana.

This scene where Charlie, Eva, Erik & Jody cut loose standing out of the sunroof off a limo as they drive within the city.

The last dance from the where the tensions between Jody, Charlie, and Cooper play out on the stage to make for a nail-biting finale.

Fast forward to now, the movie is all set to continue in the form of a TV series if a report on Deadline is anything to go by. As per the report, Sony Pictures Television is already working on developing the show based on the cult-classic film with Sweet/Vicious creator Jennifer Kaytin Robinson, Laurence Mark, producer of the 2000 movie and its two sequels, and Temple Hill Entertainment are said to be involved. The new show, written by Robinson, who is also expected to direct the potential pilot, will be set in the present day world and its cut-throat dance industry. "Ballet has always been a conformist world, but with Cooper Nielson now at the helm of the ABA and the ABC, change is on the horizon in more ways than one," the report says. As of writing this story, no talent has been attached to the series with further delays to its pre-production expected as the country continues to remain under lockdown owing to the ongoing pandemic. Behind the scenes, Mark and Temple Hill’s Marty Bowen and Adam Fishbach have signed on to executive produce as Julie Waters takes on as a producer.