This is not the first time the reality star is facing backlash for her comments. Just last Sunday, another tweet of hers created a storm. 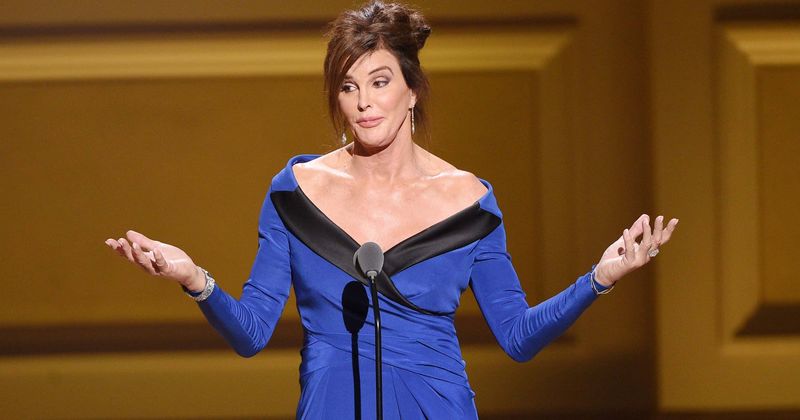 Caitlyn Jenner has been facing criticism for many of her comments following her announcement to run for the next governor of California. First, she sent out a misleading tweet where she blamed the current Gov. Gavin Newsom for the death of a 7-month-old. The man responsible for the murder was apparently arrested twice this year for felony domestic violence and released. Jenner pointed out that "Gavin’s District Attorneys across California are releasing dangerous criminals back on to our streets. Enough is enough. #RecallGavin". To which, Manhattan District Attorney candidate Eliza Orlins put together a quick list to educate Jenner, saying: NO. Time for a fact check. 1. Voters elect DAs in CA, not governors. 2. This "reporting” uses the most extreme cases as PR to perpetuate the racist system of mass incarceration that ruins countless lives and makes us less safe. @sfchronicle (and you) should do better, Caitlyn. Soon, others began pointing out Caitlyn Jenner's lack of political knowledge.

Dear @Caitlyn_Jenner: District Attorneys are elected by voters, not appointed by Gov @GavinNewsom.

Also, do you know how a bill becomes a law? Here is a cool Schoolhouse Rock video for you to educate yourself. https://t.co/E0hiH96QDw

Now the 71-year-old reality star is in hot water again. The  I Am Cait star recently referred to trans girls as "biological boys," as she voiced her support for anti-trans bills that would ban trans children from playing on sports teams that match their gender identity. Caitlyn who herself is trans and a former Olympic athlete revealed in a new interview that trans girls should not compete in female sports. "This is a question of fairness," Jenner said in a TMZ video. "That's why I oppose biological boys who are trans competing in girls' sports in school. It just isn't fair. And we have to protect girls' sports in our schools."  She later tweeted: I didn't expect to get asked this on my Saturday morning coffee run, but I'm clear about where I stand. It's an issue of fairness and we need to protect girls' sports in our schools. To which Twitter has been abuzz with strong reactions.

The fact that you as a trans woman are telling trans girls they can’t play in a sport with cos girls is saddening and most likely hurtful to them and the movement FOR TRANS RIGHTS. How can you, a Trans American, not be for any and everything that will help end the stigmas!!??

RuPaul's Drag Race All Stars season 4 winner Trinity "The Tuck" Taylor responded: A trans girl is a girl. A trans boy is a boy. Everyones built different no matter what gender you are. Theres very small framed people and also larger framed muscular people all across the spectrum! STOP finding ways to delegitimize someone's gender. SHAME ON U @Caitlyn_Jenner. Trans activist and Transparent actress Shakina Nayfack added: Caitlyn Jenner is classically uninformed, wildly privileged, and tragically self-hating. She can go protect the integrity of f—ing herself. Kai Shappley, a trans 10-year-old who lives in Texas, asked Jenner to "stop hurting" trans kids.

If you don’t want to help trans kids at least stop hurting us!!! 🥺 Not all trans people are rich, white, and live in California @Caitlyn_Jenner Some of us have had to fight for equality. And yes this is MY tweet. Mom has her own account 😡

Many people noted that Jenner supported trans athletes competing on the sports teams that align with their gender identity till very recently .“I think every trans person, if they’re into athletics, should have an opportunity to compete and to improve themselves," Jenner said in April 2020 on the Outsports podcast, The Trans Sporter Room, according to Forbes. "I think sports is such a great way to learn a lot about yourself. ... Hopefully they’ll have the opportunity in the future to do whatever they can do. I’m all for it. I’m all for it.”

Girls belong in girls sports. Trans girls are girls. There is NO evidence of trans girls outperforming their cis peers. There is only evidence of them being harassed and harmed by their peers. Drop this, develop your hobbies and spend your time NOT doing harm to trans people.

Even back in 2015 when she received the Arthur Ashe Courage Award at the ESPY Awards, she said, “I also want to acknowledge all the young trans athletes who are out there — given the chance to play sports as who they really are,” she said in her acceptance speech. “And now, as of this week, it appears that trans people will soon be serving in the military. That’s a great idea. We have come a long way. But we have a lot of work to do.” Some people believe that Jenner's flip-flop in her stance on the matter is a way to attract the attention of California's Republican voters.

She thinks she's running for office, and she's attempting to pander to a certain, terrible crowd.

Dr. Veronica Ivy, a trans activist, athlete and associate professor of philosophy at the College of Charleston, told  TMZ  that there's no evidence trans girls perform better in sports than cisgender girls. Since there is not much data to go on, the default should be inclusion rather than exclusion, she added.

Veronica Ivy (@SportIsARight) says it's "reprehensible" that some U.S. states are trying to ban trans women and girls from playing for female sports teams https://t.co/uvYhqPXgRp