“The control he had over someone as powerful as me, as he loved the control to hurt his own daughter 100,000%. He loved it,” she said of her dad. 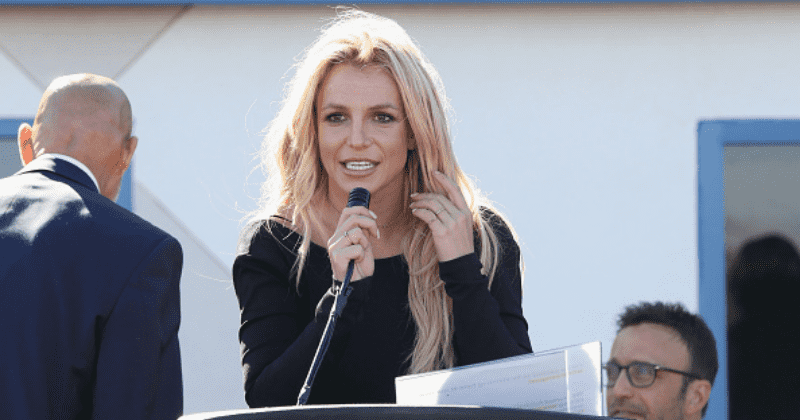 Britney Spears has finally spoken out about the controversial conservatorship that has been a topic of debate for more than a decade. In a 24-minute statement, Spears has finally cleared the air around the oppressive nature of the conservatorship that gave her father, Jamie Spears, complete control over her life, including her freedom to have children. Even though she has not said much about the matter for all these years and even presented a rosy picture on her social media accounts, the hearing on Wednesday was the first time since 2019 she made her stance clear.

The Free Britney movement gained steam two years ago after a string of bizarre posts by the singer raised alarms among fans. This sparked innumerable theories that the ...Baby One More Time singer was leaving hidden messages in her posts as a cry for help. The New York Times documentary, Framing Britney helped bring more public attention to previously unknown facts about the conservatorship earlier this year. What was being brushed off as speculation was finally cleared as fact after the tell-all court hearing. “After I’ve told the whole world I’m OK, it’s a lie,” the 39-year-old singer said. “I’m not happy, I can’t sleep, I’m depressed, I cry every day.”

"I've been in shock. I am traumatized," Spears said, during the hearing that was audio streamed by the court, reported NBC News. "I just want my life back." She went on to state: "I truly believe this conservatorship is abusive. My request is to end the conservatorship without being evaluated like before.”  Referring to her Instagram posts where she claimed she was alright she said, "It's a lie. I thought I just maybe I said that enough. Because I've been in denial. I've been in shock. I am traumatized." Even though she may have not openly admitted it to her fans on a social media platform, she has been speaking up through communications directly with the court.

Britney Spears says she’s fighting to get her life back and speaks out against an “abusive” conservatorship.

Her former attorney Adam Streisand tells @ChrisCuomo the pop-star has been “deprived of her rights” in a “terrible miscarriage of justice.” https://t.co/stbrcpluJV pic.twitter.com/JRKPuONdZ6

Spears has been opposed to being under the conservatorship of her once estranged father who has been in charge of her estate worth nearly $60 million. “The control he had over someone as powerful as me, as he loved the control to hurt his own daughter 100,000%. He loved it,” she said. Likening her dictated schedule to sex trafficking she added, "Making anyone work against their will, taking all their possessions away -- credit card, cash, phone passport -- and placing them in a home where they work with the people who live with them. They all lived in the house with me, the nurses, the 24-7 security. There was one chef that came there and cooked for me daily and them during the weekdays. They watched me change every day -- morning, noon, and night. I had no privacy."

Spears explained to the judge that she was telling all of this now so it would be on record and in the hopes that the state of California would do something about it instead of allowing the appointment of another lawyer, with her own money, to keep her dad in charge. "Ma'am, my dad and anyone involved in this conservatorship and my management who played a key role in punishing me — ma'am, they should be in jail." Jamie Spears was not on the virtual court hearing. "I just want my life back. And it's been 13 years. And it's enough. It's been a long time since I've owned my money," the singer said.

Britney Spears pleads with an LA county superior judge to end her 13-year conservatorship saying, “I am not here to be anyone’s slave." #THRNews pic.twitter.com/QxhO4lmVEm

Spears confided in the judge that she would like to sue her family for what they put her through. "I was told right now in the conservatorship, I'm not able to get married or have a baby, I have an IUD inside of myself right now so I don't get pregnant," she revealed. "I wanted to take the IUD out so I could start trying to have another baby. But this so-called team won't let me go to the doctor to take it out because they don't want me to have children anymore. So basically, this conservatorship is doing me way more harm than good." She concluded by saying, "I deserve to have the same rights as anybody does, by having a child, a family, any of those things, and more so."

The judge assured her that she would handle everything sensitively and appreciated Spears for taking the courage to finally speak out. Her loyal fans showed their support outside the courtroom and online.

Justin Timberlake released a statement supporting Britney Spears after she asked a judge to end her 13-year conservatorship: "After what we saw today, we should all be supporting Britney at this time." https://t.co/gnf3jP2A8P pic.twitter.com/o9SVF8P28i