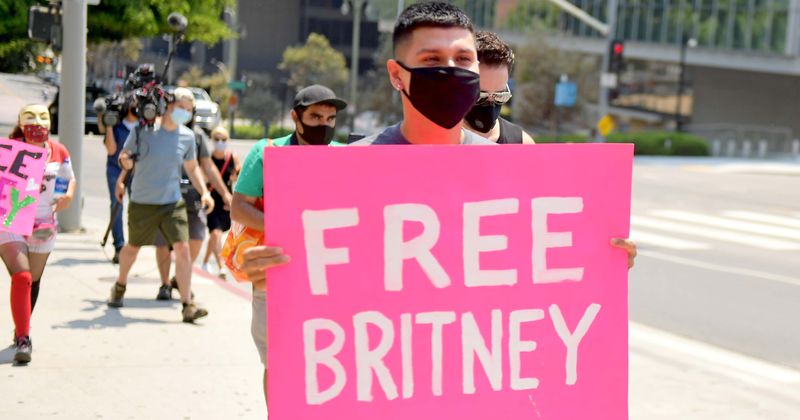 In 2007, Britney Spears suffered a very public breakdown. She was placed under her father James Spears' co-conservatorship meaning all her finances and estate came under him. While Spears did not speak about this arrangement for years, a court battle to remove her father from this role has been going on in recent times. In 2019, Spears became her daughter's sole conservator after attorney Andrew Wallet opted out of the joint role. Spears filed a case in the California court to remove even Spears from his role last year but the attempt was rejected although another co-conservator was appointed in Bessemer Trust. In a new development, a judge has now denied James' objections to how her conservatorship will proceed. James' attorney, Vivian Thoreen, had filed the objections, one of which was his client's power to delegate investments reports NBC News.

NEW: Britney Spears' father loses bid to retain control of delegating her investments amid intensified scrutiny over the control of his daughter's estate. https://t.co/oVFiDQOKEb

This has been one of the main points of contention between the two lawyers. Spears' attorney, Samuel D. Ingham III, had argued James would delegate his powers of investments to a third party which was rejected by Thoreen. He said his client only wanted "to be able to delegate the investment decision making authority to Bessemer." Both the co-conservators are expected to make an investment plan for the Spears estate. Thoreen said in a statement, "My client looks forward to working with Bessemer to continue an investment strategy in the best interests of his daughter. My client Jamie Spears has diligently and professionally carried out his duties as one of Britney’s conservators, and his love for his daughter and dedication to protecting her is clearly apparent to the court."

Last year, when Spears filed the case to remove her father from the conservatorship and to place a financial institution as the sole conservator over her estate. Thoreen objected on how the co-conservatorship would be delegated were rejected by the court on Thursday. One objection in particular that was raised by Thoreen, and has been a point of contention between the two attorneys, was that James Spears should have the power to delegate investment powers.Thoreen noted the court orders should be in line with the 2019 order that gave James the sole charge of her daughter's estate should be obeyed. Thoreen said, "There's no intent or desire to create unequal power or decision-making as between the two, your honor. This is a way to make it consistent and to not take away powers that Mr. Spears as a conservator had."

Ingham, on the other hand, argued in court that Spears was "afraid of her father." Thoreen countered that under James' charge,  Spears' net worth increased to $60 million from her previous debt-ridden status. Wallet who served as a co-conservatorship between 2008 to 2019 resigned from his role when Spears highlighted she had "difficult budgetary choices going forward" and could not afford him.

Lawyers for Britney Spears and her father, from whom she’s estranged, debated in court on Thursday who should have control over the pop star’s fortune. https://t.co/BYD1KQfOqQ

The battle between father and daughter has gained renewed interest more so after the release of a documentary called Framing Britney recently. It highlights Spears' years in the limelight and her breakdown and her contentious relationship with her father. The documentary also interviews many of Spears' fans and activists who started the #FreeBritney movement which alleged James was controlling Spears and her career. Junior Olivas, a die-hard fan of the music star stated that Spears helped him cope with some difficult times in his life. He also participated in protests outside a court last year when Spears' case was going on. "My heart said, 'No matter what, you’re taking your butt there, and you’re going to help her just the way she helped you,'" said Olivas in the documentary.

The court battle between Britney Spears and her father resumes today. Watch our documentary about the conservatorship that Spears has lived under for 13 years, and the "Free Britney" movement that’s rallied around the pop star. https://t.co/1QjGvwvIwy

Following the documentary's release, a few other celebrities such as Sarah Jessica Parker and Bette Midler have come out in support of Spears. Meanwhile, James has called the #FreeBritney movement and allegations that his daughter was under his thumb as "a joke." In an interview with PageSix he said, "All these conspiracy theorists don’t know anything. The world don’t have a clue. It’s up to the court of California to decide what’s best for my daughter. It’s no one else’s business." As for the charges that he was stealing from his daughter, he said, "I have to report every nickel and dime spent to the court every year. How the hell would I steal something?"