trending celebrity people lifestyle news animals
Bride Dies Of A Heart Attack At Her Wedding, So Her Sister Marries The Groom Instead

Bride Dies Of A Heart Attack At Her Wedding, So Her Sister Marries The Groom Instead

The bride, named Surbhi, suffered a heart attack during the event. 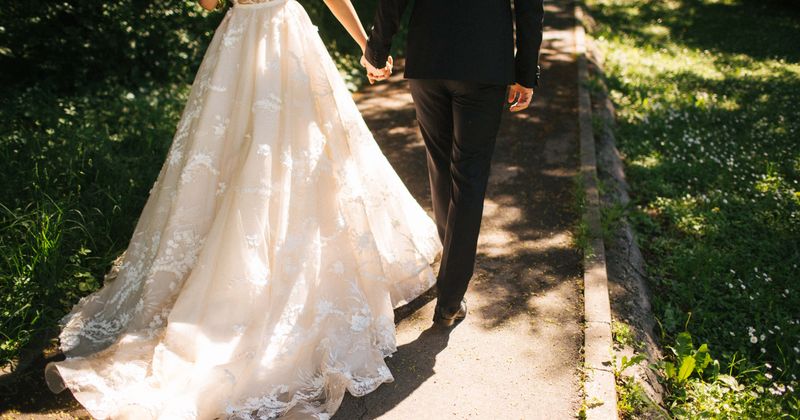 A heartbreaking tragedy took a surprising turn at one wedding ceremony in India. A woman named Surbhi suffered a heart attack on her wedding day in Etawah city in the northern state of Uttar Pradesh. She reportedly collapsed and died of a heart attack during the function. While a doctor from the village was called to save her life, it was too late. But in a strange turn of events, instead of canceling the wedding due to the tragedy, families of both parties decided to continue with the wedding ceremony—by replacing the bride with her sister, Nisha. The bride's body was kept in a separate room and later cremated while the festivities continued.

One of Surbhi's uncles, Ajab Singh, told Mail Online it was a "tough call" for the family to carry on with the wedding. Surbhi's brother Saurabh added, "It's hard to believe a dead body was in the other room — and a bride was being prepared in next one." In separate comments to news agency IANS, he said, "We did not know what to do in the situation. Both the families sat together and someone suggested that my younger sister Nisha should be married to the groom. The families discussed the matter and both agreed."

Bride drops dead of a heart attack at her wedding in India - so her SISTER marries the groom instead https://t.co/7SruMSGcTM

The situation may sound absurd but a lot of cultural factors might have come into play in the situation. In the groom's case, there might have been a stigma to deal with if he returned home without a bride. In the bride's situation, her family would likely have been expected to pay a dowry for the daughter; failure to do so could have resulted in ostracization and disrepute. The bride's own mother wanted the festivities to go ahead. Her son told Mail Online, "Mummy is in a lot of pain. She calls for her day in and day out as she was the eldest daughter. She had dreamed of doing wonders in her life. May she rest in peace." Surbhi's uncle added, "It was a tough call for our family. One daughter lay dead in one room and the wedding of another daughter was being solemnized in the other room.  We have never witnessed such mixed emotions. The grief over her death and the happiness of the wedding has yet to sink in." Twitter users seemed surprised once news of the story began trending. One person tweeted: That is shocking with all due respect I do understand the Indian culture but it is a little discarding with the body of the sister lying dead in one room another sister being prepared as Bride. Another added: Normally when the bride dies during her wedding, the wedding gets called off. But not in India, it seems.

this is poverty.... this is extreme poverty

Al Jazeera's writer Neeta Lal explains that "Weddings that have been called off have driven brides and their parents to commit suicide due to fear of social opprobrium. Harassment over dowry–money and other goods demanded by the groom’s family–a practice that is officially illegal but still continues, can lead to deaths and suicides. The weddings of the wealthy, the trappings of social tradition, and the entrenched practice of dowry put immense pressure on lower-middle-class and poor families."

In another case in India, one bride died during her wedding day from allegedly "crying too much". News 18 reports that the bride, named Gupteswari Sahoo, suffered a heart attack that was allegedly caused due to excessive crying or emotional stress-induced during a ceremony. On the morning of the event, the woman was inconsolable and extremely upset and distressed. She had just lost her father a few months ago, so she must have been under a lot of emotional stress. Many people have been known to faint under emotional duress and onlookers claimed that's what happened. When Sahoo was taken to the hospital, she pronounced dead on arrival.