What the 19-year-old said "wasn’t very flattering toward Brad." 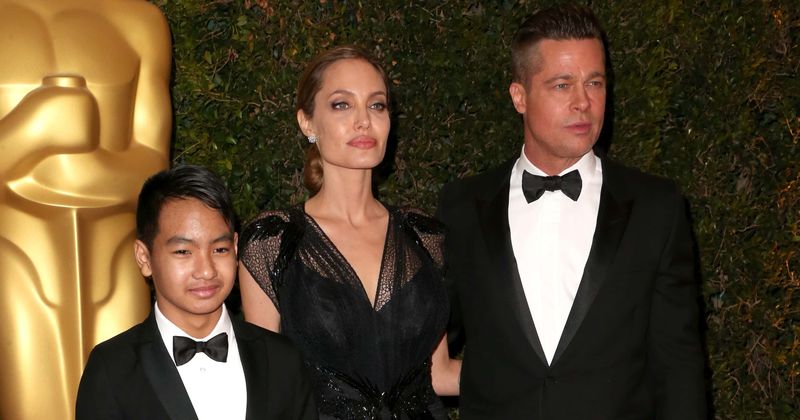 Things seemed to be getting messier for "Brangelina". Brad Pitt and Angelina Jolie are currently embroiled in a lengthy custody battle. The actors first met in 2003 on the set of Mr. & Mrs. Smith and dated a few years later. They got engaged in 2012, married in 2014, and split in 2016. The former couple has been in the midst of divorcing since 2016 and now their eldest son, Maddox Jolie-Pitt, testified against his father during the custody battle. The two currently share 6 children together— Maddox, 19, Pax, 17, Zahara, 16, Shiloh, 14, and twins Knox and Vivienne, 12. Jolie is fighting for custody of their kids as the 45-year-old filed new court documents on Friday, March 12, that accused Pitt, 57, of domestic violence, reports Us Weekly.

“Maddox has already given testimony as [an] adult in the ongoing custody dispute and it wasn’t very flattering toward Brad,” a source told the outlet. “He doesn’t use Pitt as his last name on documents that aren’t legal and instead uses Jolie. Maddox wants to legally change his last name to Jolie, which Angelina has said she doesn’t support.” Jolie was the one to file for divorce from Pitt in 2016 alleging an incident that took place between the Once Upon a Time in Hollywood star and Maddox on the family’s private plane. The incident resulted in the actor being investigated by The L.A. County Department of Children and Family Services. A source close to Pitt told PEOPLE that he is not taking the investigation lightly. “He takes the matter very seriously and says he did not commit any abuse of his children,” the source said at the time. “It’s unfortunate that people involved are continuing to present him in the worst possible light.”

But Pitt was reportedly cleared. “The Los Angeles Department of Children and Family Services cleared him of any child abuse allegations almost immediately,” the insider told Us. “The case remained open out of an abundance of caution because the department took the matter seriously, and in the almost two years of monitored visitation, there was not one instance that caused any alarm bells to go off.” An insider close to Pitt told the outlet, “Over the past four-and-a-half years, there have been a number of claims made by Angelina that have been reviewed and not substantiated. The children have been used by Angelina to hurt Brad before and this is more of that behavior. This leaking of documents by her fourth or fifth set of lawyers has been done to hurt Brad.”

Elle in 2020 reported that Maddox and Pitt have a "non-existent" relationship. Maddox was once asked whether Pitt would visit him at college when he moved to South Korea for his studies, he replied, “I don’t know about that, what’s happening.” The reporter then asked if his relationship with Pitt was over for good. “Whatever happens, happens," Maddox replied.

Brad Pitt and His Oldest Son Maddox Jolie-Pitt Reportedly Have No Contact or Relationship Now https://t.co/kD7xjdmJej

Angelina Jolie recently submitted a filing that states that she and her kids are willing to offer “proof and authority in support” of their claims against Pitt. “If Angelina has more documentation to prove domestic violence towards her or the children, she can submit it as a supplemental offer to prove in trial,” family law expert and Ideal Legal Group, Inc. founder Evie P. Jeang told Us Weekly. “She can say these are the documentation in addition to what she already presented. This could mean it’s a more recent instance (of domestic violence), or further documentation related to what was presented before.”

When the couple divorced, Pitt explained in a statement that his focus is on the “well-being of our kids.” “I am very saddened by this, but what matters most now is the well-being of our kids,” he said in the statement. “I kindly ask the press to give them the space they deserve during this challenging time.” In a separate statement released by her attorney, Jolie said: “This decision was made for the health of the family."