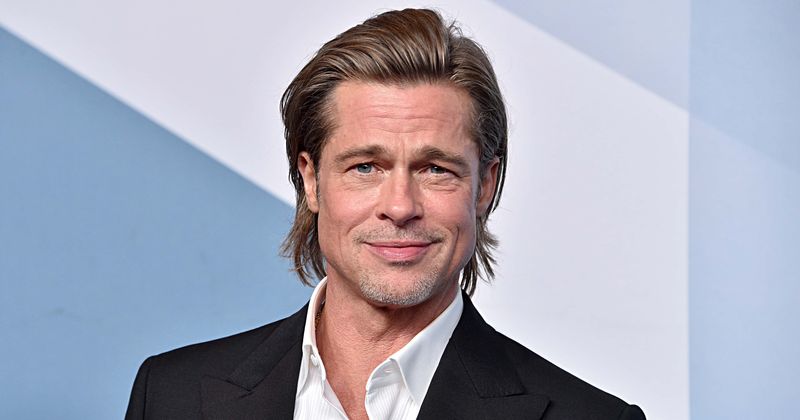 Brad Pitt is quietly helping families in need. The 56-year-old actor was seen spending a day driving a large truck around South Central Los Angeles and distributing free grocery boxes to low-income families in the LA housing projects. The Oscar winner was dressed casually in a pair of jeans, a white T-shirt, and black-and-red flannel while wearing a mask. According to a source, people did not even recognize the star. "'There was zero swagger when he went out to hand over boxes to the crowds he had his mask on," a source told Daily Mail. "Most people in the crowd probably didn't know who he was."

How lovely is this? Quietly making a difference. https://t.co/lUSYuCv3LU

"Brad really did seem like a hero, the man did not stop all day. Just seeing him driving a big truck in South Central LA during COVID times was in itself amazing. He was completely committed, you could see it wasn't a case of him turning up and showing his face. He had his gloves on and he was involved as much and probably more than anyone else there. His heart was in it and it was just a hats-off moment. It seemed like it was the real Brad Pitt, which we don't really ever get to see. He was there between three and four hours and he would only stop every hour or so to have a quick three-minute break to smoke a cigarette and then he was back at it," an eyewitness said.

Brad Pitt recently spent some time driving a large truck around Los Angeles, helping to distribute free grocery boxes and wearing the hell out of a baggy jean https://t.co/ODcv6bMqKk

The Once Upon a Time in Hollywood star worked hard to help out, with the source noting, "He was grabbing more boxes than anyone there and then carrying probably six boxes at a time on a cart,' the source said. He did that non-stop and towards the end, when all the boxes had been unloaded, he was handing them out to the people in line. In the end, he took his mask off when he was chatting with all of the volunteers at the back of the truck, after those lining up for food had gone. It wasn't about glory, you could see he was doing it for self-satisfaction. It really felt like he was in his element." Fans were quick to appreciate Pitt's but couldn't ignore how incredibly hot he looked while doing so.

how dare he be this hot pic.twitter.com/ZxLroLd3a9

According to ET Online, the actor has been taking the pandemic seriously, having previously thanked  Dr. Anthony Fauci, one of the leading members of the White House Coronavirus Task Force, in April. Pitt broke character while portraying Fauci on Saturday Night Live and sent a message to the director of the National Institute of Allergy and Infectious Diseases. Pitt removed his white wig and glasses, and addressed "the real Dr. Fauci." saying, "Thank you for your calm and your clarity in this unnerving time," Pitt said, with genuine solemnity. "And thank you to the medical workers, first responders and their families, for being on the front line."

As for Pitt's personal life, he recently split from his girlfriend, German model Nicole Poturalski.  The pair were dating back in August. “Brad and Nicole have been over for a while now,” an insider said, according to Us Weekly. “They had a short-lived relationship that was never too serious.” A source told Us in September that the pair was keeping their relationship low-key. “It’s currently a go-with-the-flow situation, and Nicole’s not running around yelling about her love for Brad from the rooftops,” the insider said at the time. “Nicole is [in L.A.] a lot for work. That’s where the bulk of her dates with Brad have been.” A second source noted that Pitt had no “desire to ever get married again” nor did he “want a girlfriend that he’s with every day.”

According to Page Six, the two were believed to have met in Germany at restaurant Borchard, owned by Poturalski’s husband, Roland Mary. Poturalski and Mary have an “open marriage,” a source revealed. Pitt is a father of six kids with ex-wife Angelina Jolie — Maddox, 19, Pax, 16, Zahara, 15, Shiloh, 14, and 12-year-old twins Knox and Vivienne. Poturalski too is a parent; she's mom to a 7-year-old son, Emil. Pitt is still in the midst of a custody battle with Jolie and wants to share their children 50/50.