None of the comments on her post in the anti-vax group asked her to seek medical help to cure her son's illness. 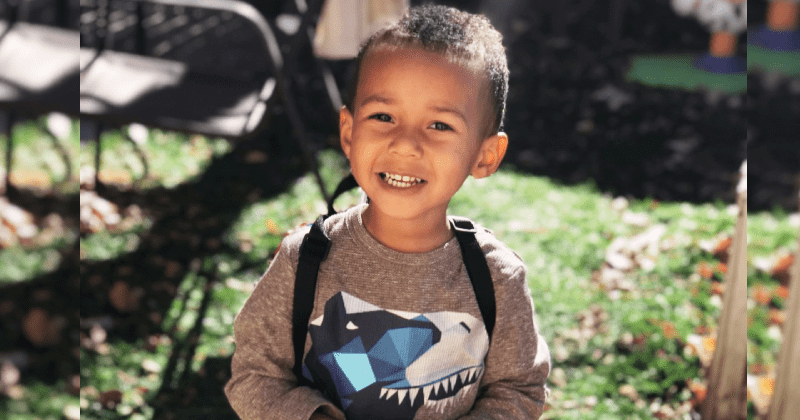 Anti-vaccination propaganda is rampant of Facebook and it's proving to be extremely dangerous in light of the ongoing flu season. A mother from Colorado found out the hard way as she lost her son after taking advice from a private group of anti-vaxxers on Facebook. Najee Jr., a 4-year-old boy, was down with a fever, had a seizure and showed all the signs of having contracted the flu. A doctor had prescribed Tamiflu, an antiviral medicine, for the entire family after two of Najee's siblings had been diagnosed with the flu, reported NBC. Despite Najee showing symptoms of the flu, the boy's mother ignored the prescription of the doctor and sought advice in an anti-vaxxer group, 'Stop Mandatory Vaccination,' on Facebook. It's one of the largest anti-vaccine private groups with more than 126,000 members. The group is led by Larry Cook, a self-described “social media activist” with no children or medical training.

The flu has already affected close to 15 million Americans and killed already killed 8,200 people in the US, this season alone, reported CNN. Tamiflu is a common antiviral medication that helps reduce the length of the illness and the symptoms of the flu. The Centers for Disease Control and Prevention (CDC) reported that 68 children had died this flu season. “The doc prescribed tamiflu I did not pick it up,” wrote the boy's mother on the group. The mother's post got 45 responses but none of the comments asked her to get medical help for her son. She then added that she was trying "natural cures" which weren't helping ease the flu. Najee Jr.'s mother said she had been giving her children peppermint oil, Vitamin C, and lavender. The group responded with more "natural cures" including breastmilk, thyme, and elderberry. “Perfect, I’ll try that,” wrote the mother. None of these "natural cures" are known to act as a deterrent for the flu virus.

Najee Jr. was hospitalized not long after that and passed away. It just goes to show how misinformation with regards to vaccination can be fatal. The Colorado Department of Public Health and Environment (CDPHE) released a statement to KKTV after the four-year-old's death. "The Colorado Department of Public Health and Environment can confirm that a preschool-aged child in southern Colorado has died of flu. The death is the second pediatric flu death in Colorado this season. The department does not have any records that show whether the child was vaccinated against influenza." His mother said to KKTV, "He was the light of everybody's day. He was my only son that wasn't sick, and added, "Our whole family is hurting and it feels like we failed him because we did what we had to do," referring to the act of taking him off the ventilator. The family had started a GoFundMe page to help fund the treatment but his condition had worsened drastically.

In one of the mother's earlier posts in the group, 'Stop Mandatory Vaccination,' she stated that she had not vaccinated her children from the flu. The mother's posts have since been deleted from the page. A study conducted by the American Academy of Family Physicians revealed that 59 percent of parents stated that their child had missed the flu shot at least once due to “misinformation or misunderstanding.” Of the 59 percent, 21% said they didn't want their child to get sick, 13% said their child doesn't need the flu shot, and 10% said they don't think the flu is that serious.

Facebook released a statement addressing the incident. "This is a tragedy and our thoughts are with his family and loved ones. We don’t want vaccine misinformation on Facebook, which is why we’re working hard to reduce it everywhere on the platform, including in private groups,” said a Facebook spokesperson. Last year, Facebook had pledged to direct its users to "accurate and reliable vaccine information in several languages" on the WHO's website after holding talks with the United Nations health agency. "Major digital organizations have a responsibility to their users - to ensure that they can access facts about vaccines and health," said WHO in a statement. "Vaccine misinformation is a major threat to global health that could reverse decades of progress made in tackling preventable diseases."

The Colorado Department of Public Health and Environment urged parents to get their children vaccinated. "While flu is circulating, it is not too late to get a flu shot, and we recommend everyone ages six months and older who has not had the yearly vaccine get it,” said the department.