Boy, 11, Steals A School Bus To Go On A Joyride, Gets Arrested After 45-Minute Police Chase

Police had to be informed which led to a 45-minute chase where several vehicles had to be involved. 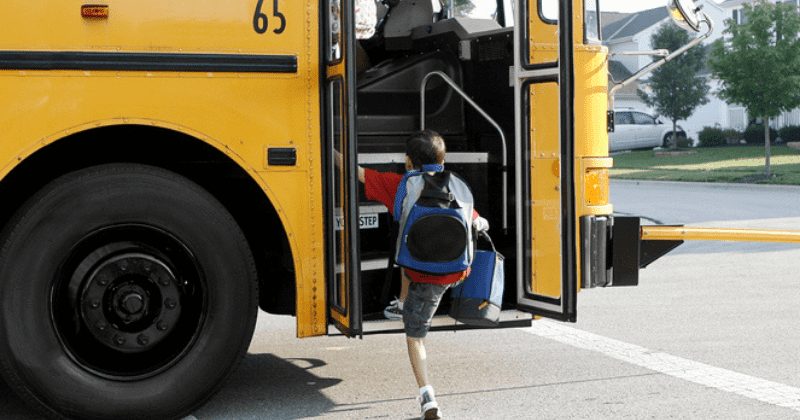 An 11-year-old boy has been taken into custody after he allegedly stole a bus and went on a joy ride. According to the police, the preteen took the bus from Progress Head Start in the 300 block of Elmer Street in Baton Rouge, Louisiana, after he felt like taking it for a ride.

The Baton Rouge Police Department said the bus belongs to a private owner who subcontracts to Head Start, reports WAFB. Police had to be informed which then led to a 45-minute chase where several vehicles had to be involved.

Several people took a video of the boy taking the bus, including Joy Gradney who caught the chase on her cell phone. She was shocked to see a young boy behind the wheels as he zoomed past her. “As he got closer and closer and closer, I saw it’s a little boy in there and he was laughing," she said. "He was like giggling on the way across Florida as he goes right past me. I’m like I can’t believe it’s a little boy."

Once the chase ended the juvenile was handcuffed after he was taken off the bus. Police reportedly stopped the bus around 1700 Greenwell Springs Road when it crashed into a tree in Libby Smith’s front yard.

Speaking to WAFB, Smith said: "I’m thinking what in the world is going on and my first thought is that it was a lot of kids on the bus. Thank goodness he was okay he was safe, but it was not your typical Sunday afternoon occurrence for sure. So, we’re blessed that it didn’t do any more damage than it did." The Baton Rouge Police Station has charged the 11-year-old with theft of a motor vehicle, three counts of aggravated damage to property, aggravated flight, and aggravated assault.

The 11-year-old who stole the school bus 🚌 and took it on a joyride zoomed past the coffee shop yesterday with the cops chasing him. We had no idea what was going on.

11-year-old in custody after alleged joyride in school bus https://t.co/1ib063Oa7h

In a similar incident, a man who was just released from jail decided to carjack a vehicle and choke a child ten minutes after his release in Salinas, California. Daniel Orozco, 28, was the recently jailed person who was arrested and imprisoned yet again by the California Highway Patrol, a KSBW report reveals. According to the Salinas Police Department, Orozco was released from the county jail on Wednesday after spending a day in lockup for DUI and driving on the wrong side of the road. Soon after leaving jail, however, the 28-year-old allegedly tried to force a woman out of her car at the Natividad Medical Center parking lot. When the woman refused to give him the keys, Orozco allegedly reached over and strangled her 11-year-old child. Horrified by this bizarre behavior, the mother handed over the keys and took her child out of the car before watching the assailant hop into the driving seat and zoom away.

He didn't manage to stay away from the cops for long, however, as an off-duty police officer spotted the car and let the joint operation team between California Highway Patrol and Gonzales Police Department capture him hours later. The two departments picked up on the lead and found Orozco driving along Highway 101. The man was then booked into the Monterey County Jail for kidnapping, carjacking, assault, and child endangerment with a deadly weapon. Narrating the incident on their Facebook page, the Salinas Police Department wrote: "At about 1:16 this afternoon, Daniel Orozco (28) was released from the county jail after being arrested by #chpmonterey a day prior for DUI-drugs and driving the wrong way on the road. Not more than 10 minutes later Orozco forced a female out of her car in the parking lot of Natividad Medical Center. The female refused to give up the keys to her car so Orozco began to strangle the female’s 11-year-old child.