trending celebrity people lifestyle news animals
Bob Dylan Has Been Accused Of Sexually Abusing A 12-Year-Old In 1965, In New Lawsuit

Bob Dylan Has Been Accused Of Sexually Abusing A 12-Year-Old In 1965, In New Lawsuit

The plaintiff identified as “J.C.” and is now 68-years-old has alleged that she was abused at the singer's Chelsea Hotel apartment 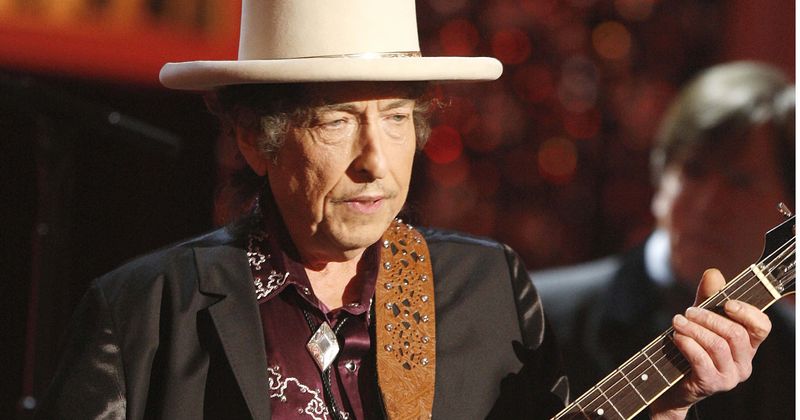 Trigger Warning: This story contains details of sexual assault that may be disturbing to readers.

Bob Dylan has been accused of sexually abusing a 12-year-old girl in 1965 according to a lawsuit filed in New York City. The Manhattan Supreme Court papers have only identified the plaintiff as “J.C.” who is now 68-years-old and alleged that she was abused at the singer's Chelsea Hotel apartment, reported Page Six. The suit was filed on the eve of the expiry of the New York Child Victims’ Act look-back window. This window allows victims of childhood abuse to file a suit against their attackers as well as the institutions that protected them regardless of how old the claims were and whether they had since passed beyond the statute of limitations.

As per the court documents, “Bob Dylan, over a six-week period between April and May of 1965 befriended and established an emotional connection with the plaintiff” and he allegedly used his star status to groom, gain the trust of the then 12-year-old victim “as part of his plan to sexually molest and abuse” her. It went on to state that Dylan tried to lower J.C.’s inhibitions by giving her drugs and alcohol. With the object of sexually abusing her, he threatened her with "physical violence, leaving her emotionally scarred and psychologically damaged to this day."

The suit, filed on behalf of the victim by lawyer Daniel W. Isaacs, also detailed the emotional effects of the abuse she suffered over the years. This included "severe emotional and psychological distress, humiliation, fright, disassociation, anger, depression, anxiety, personal turmoil and loss of faith, a severe shock to her nervous system, physical pain and mental anguish, and emotional and psychological damage" for which she had to seek medical treatment. "Dylan's predatory, sexual and unlawful acts against Plaintiff amounted to a series of harmful and offensive contacts to Plaintiff's person, all of which was done intentionally by him to her without her consent," the lawsuit, reads, as reported by USA Today.

Bob Dylan has been accused of sexually abusing a 12-year-old girl in 1965 in a new lawsuit filed in New York. The singer's rep says that "the 56-year-old claim is untrue and will be vigorously defended." https://t.co/T8btkaqFrV

J.C. is now seeking unspecified damages and a jury trial for allegations of assault, battery, false imprisonment, and infliction of emotional distress for the aftermath of Dylan's abuse. Isaacs has stated, “The complaint speaks for itself. She provided a lot of detailed information regarding the time in question that leaves no doubt that she was with him in the apartment during the time in question,” adding that he was able to verify those details with the “best available research.” J.C. has no intentions of going public yet.

The Like a Rolling Stone singer-songwriter, who is now 80 years old has denied the accusations. A spokesman for Dylan, who was born Robert Allen Zimmerman, told The Guardian that “the 56-year-old claim is untrue and will be vigorously defended.” The New York Child Victims’ Act look-back provision has also previously helped a woman take action against Prince Andrew, for being trafficked to the Duke of York by convicted sex offender Jeffrey Epstein in 2001 in New York when she was 17.

"I am holding Prince Andrew accountable for what he did to me. The powerful and rich are not exempt from being held responsible for their actions." https://t.co/UM6ujrfWJ8

Dylan has earned a reputation as a legendary musician, having sold more than 125 million records during his career. CNN reported that in 2008, Dylan won a Pulitzer Prize special citation for "his profound impact on popular music and American culture, marked by lyrical compositions of extraordinary poetic power." In 2016, he was awarded the Nobel Prize in Literature for "having created new poetic expressions within the great American song tradition." Last month, Dylan recently won an unrelated lawsuit in Manhattan Supreme Court brought by the wife of his one-time collaborator seeking a cut of the sale of the star’s song collection over profits from the $300m sales of his song catalog last year to Universal Music.