Chadwick Boseman predominantly told stories that highlighted the fight and empowerment of the Black community. 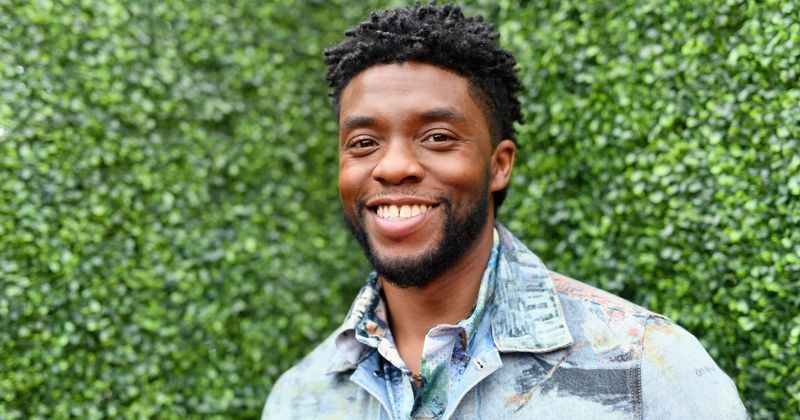 Chadwick Boseman, a Black cultural icon and star of Black Panther, passed away on Friday after a four year battle with colon cancer. The actor's death was announced on Twitter by his publicist Nicki Fioravante. “It is with immeasurable grief that we confirm the passing of Chadwick Boseman,” said a statement posted to his Twitter feed. “It was the honor of his life to bring King T’Challa to life in Black Panther.” His family and wife were by his side at the time of his death said his publicist, reported CNN. Boseman was the first Black actor to headline a Marvel movie and it became a worldwide phenomenon, grossing $1.3 billion at the box office. More importantly, the movie rubbished Hollywood's long-standing claim that movies starring a predominantly Black cast wouldn't do well abroad.

Despite becoming synonymous as King T’Challa, the 43-year-old played many stellar roles outside of the Black Panther movie. Boseman was known for his portrayal of Black American icons Jackie Robinson in 42 (2013) and James Brown Get on Up (2014), reported CNN. "A true fighter, Chadwick persevered through it all, and brought you so many of the films you have come to love so much. From Marshall to Da 5 Bloods, August Wilson's Ma Rainey's Black Bottom, and several more, all were filmed during and between countless surgeries and chemotherapy," read the statement on his Twitter account.

THANK YOU @chadwickboseman for all you gave us. We needed it & will always cherish it! A talented & giving artist & brother who will be sorely missed🙏🏿 RIP

Boseman was born in South Carolina and was the youngest of three boys. His mother worked as a nurse while his father worked in a textile factory. Boseman turned to arts in junior in high school to address the death of his friend. He staged a play about the shooting death of a basketball teammate, reported Variety, and it would go on to pave his career. He graduated from Howard University in Washington, D.C, where he studied directing. He returned to the university to deliver the class graduation speech in 2018. He recalled the struggle he endured during the early part of his career, in his speech. "The struggles along the way are only meant to shape you for your purpose," Boseman told the graduating class, before signing off with the iconic Wakanda Forever salute.

Boseman never spoke publicly about his diagnosis but battled colon cancer during the latter stages of his acting career. He was undergoing treatment when he played Thurgood Marshall, NAACP lawyer, and future Supreme Court justice in Marshall. The following year, Black Panther was released, skyrocketing him to the top of Hollywood. The Marvel movie starring its first Black lead would shatter box office records, grossing over $1.3 billion worldwide. It went on to become the first superhero movie to ever be nominated by the Academy Awards for best picture. Black Panther also earned six other nominations, winning three.

Boseman, who was battling cancer, broke down during a press meet as he discussed what his role in Black Panther meant to two kids who had terminal cancer, reported Fox News. The kids had died before the release of the movie. “What they and their parents said to me was, they were trying to hold on till this movie comes,” said Boseman. “To a certain degree it’s a humbling experience because you’re like, this can’t mean that much to them. Thinking back now to when I was a kid, waiting for Christmas to come, waiting for my birthday to come, waiting for a toy I was going to get a chance to experience, or a video game, I did live life waiting for those moments. It put me back in the mind of being a kid and feeling those two boys’ anticipation of this movie. When I found out that they…”

Chadwick Boseman getting emotional about trading letters with kids with terminal cancer who passed before they got to see Black Panther...knowing he was himself battling cancer when he said this. Jesus. pic.twitter.com/o6l6hUjanU

He struggled to contain his emotions and everyone in the press room waited respectfully for the actor to finish his sentence. He concluded by saying, "Yeah, it means a lot.” He is survived by his wife and family.

Chadwick was diagnosed with colon cancer four years ago, per reports. During that time, he gave us Civil War, Marshall, Black Panther, Infinity War, Endgame, 21 Bridges and Da 5 Bloods. Lord only knows what he was going through on a daily basis.

May you have a beautiful return, King. We will miss you so. pic.twitter.com/jdip3RHoXb