11-year-old Skhylur Davis was accused of stealing her neigbor's mail because she walked past her mailbox. 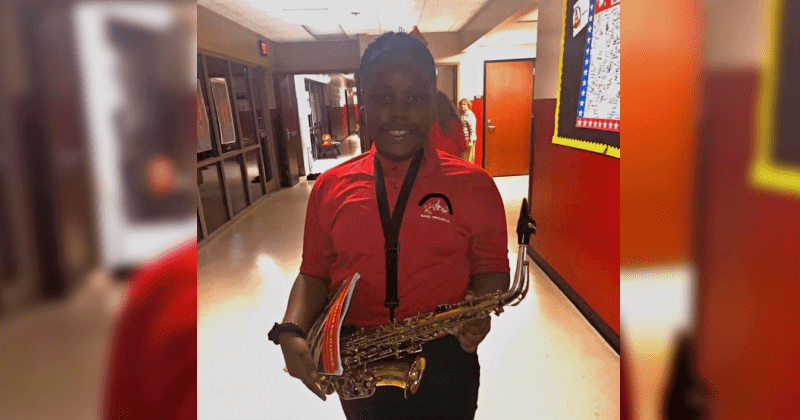 An 11-year-old African American girl was assaulted by a white woman and accused of stealing her mail. Skhylur Davis was merely standing next to the white woman's mailbox before Elizabeth Shirey accosted the 11-year-old girl. Davis had gone to collect her grandmother's mail, in Aiken, South Carolina, and was walking back when Elizabeth Shirey, 38, called out to her and started walking towards her threatening her, according to an Aiken Department of Public Safety report, according to CNN. Davis was standing near Shirey's mailbox and the white neighbor aggressively accused her of stealing her mail and grabbed her arms in a very physical manner. This incident comes shortly after two white men were arrested on charges of murdering Ahmaud Arbery who was just jogging.

Don’t nobody want no dang “cookies” after being assaulted by a grown woman. Play stupid games, win stupid prizes.

Join us tomorrow evening with @rolandsmartin as we discuss the assault of an 11yr old queen whose only “crime” was getting her grandma’s mail in Aiken while black. pic.twitter.com/XDHVUboyKP

Elizabeth Shirey checked the mail Davis was holding and realized it wasn't Shirey's. She let go of Skhylur and apologized to her. Shirey had allegedly offered cookies to Davis after the incident. The 11-year-old's grandmother, Alice Patterson, was shocked to hear what happened. Patterson has been living in the Whitemarsh Drive neighborhood of Aiken for more than a year, and often sends her granddaughter to get her mail. “She was violated,” said Patterson. “Growing up in the South, we had to endure this, our parents had to endure this. It’s 2020, we will not have our children go through what we had to go through.”

Meet Skhylur, an 11yr old who on last Monday was assaulted in Aiken by a grown woman while...wait for it...getting mail for her grandmother. After the assault, she was offered cookies. We have this queen’s back though.💯 Stay tuned for more on her story & how she’s fighting back. pic.twitter.com/8t0xPpcgkf

Skhylur Davis and her attorney, Justin Bamberg, accused Shirey of assault and pointed out that the black community continues to be unjustly attacked during a Zoom press conference on Wednesday, May 20. "On the heels of the Ahmaud Arbery tragedy, there aren't any good reasons for an adult to prejudge an 11-year-old girl, wrongly accuse her of a crime and then assault her as she picked up her grandmother's mail," said Justin Bamberg. "We shouldn’t have to sit here and have this discussion in 2020, in South Carolina on the heels of Ahmaud Arbery down in Brunswick, Georgia, a situation, which the world is very much familiar with. Right here in Aiken, South Carolina we have another victim and this time, the charge is assault and battery. The victim unfortunately is an 11-year-old girl,” added Bamberg.

“Mrs. Shirey happens to see this young child by her mailbox and proceeds to come out of her home, yell at this 11-year-old girl. Mrs. Shirey runs aggressively towards this 11-year-old child accusing her of committing a felony, stealing her mail. After realizing that Shkylur had not done anything wrong, this woman proceeds to offer her cookies, as though that makes things better.”

Add ‘picking up mail while black’ to things we can’t do without the threat of violence. Meet my client Skhylur, an 11-year-old from South Carolina. This time the charge is Assault & Battery. Look for her story tomorrow. pic.twitter.com/iIVvUdZe59

Skhylur Davis also accused Shirey's husband of being rude to her. Shirey’s husband, Justin, had allegedly told the 11-year-old girl that if Davis was a different “type” the situation would have gone differently. “You don’t have to think about what type he meant,” said Skhylur during the press conference. “I wasn’t scared because, in this type of situation, you need to do anything but be scared. It shouldn’t be like this and it’s wrong.” Shirey has been charged with assault and battery in the third degree. Her husband is yet to respond to the accusations made against him.

This man jogged 2 miles through his neighborhood carrying a TV in his hands to prove that “looking like a suspect” who committed a robbery isn’t a good enough excuse for the murder of Ahmaud Arbery.

Neighbors waived hello to him as he jogged...pic.twitter.com/lxYfGpd8pD

Shirey's attorney said it was a misunderstanding and the incident had nothing to do with race. "Based upon the girls' delay at her mailbox and not responding to her calling, Mrs. Shirey thought it was reasonable to ask if she could see the address on the envelopes. A request the girl refused," said Jim Huff, Shirey's attorney. "My client apologized to the girl and even offered to bake cookies and bring them to their home," Huff said. "Later, Skhylur's mother and grandmother came to my client's house. My client apologized to both of them.

Basketball star LeBron James hit out at the system pointing that the African American community was being unfairly targeted. He posted an image of Ahmaud Arbery and wrote: We are literally hunted every time we step foot outside the comfort of our homes!' Can’t even go for a damn jog man! Like WTF man are you kidding me?!?!?!?!?!?