trending celebrity people lifestyle news animals
Birthday Boy Keanu Reeves, 56, Is Hotter Than Ever And Still One Of The Nicest Men In Hollywood

Birthday Boy Keanu Reeves, 56, Is Hotter Than Ever And Still One Of The Nicest Men In Hollywood

The 'Matrix' star is known to be an absolute gentleman who has earned the respect and love of both fans and colleagues alike. 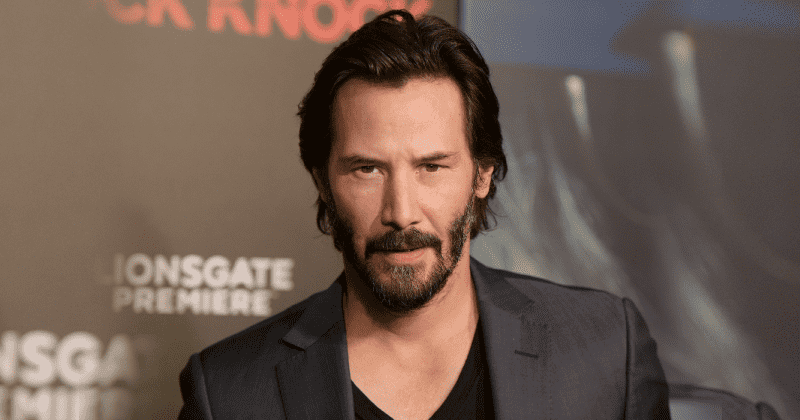 Keanu Reeves turns 56 today and his birthday is yet another excuse for us to celebrate one of the hottest movie stars around. Not only is he ridiculously hot, but he is also an absolute gentleman and easily one of the nicest men in Hollywood. What makes the handsome hunk stand out is his small acts of kindness peppered over his three decades in the movie industry. From the respect and time, he has for fans, his random acts of kindness to strangers, support of co-actors and film crew, and lot more. Countless co-actors have named Keanu Reeves as one of the sweetest and down-to-earth actors they've worked with. Here are some of the moments that shaped Keanu Reeves and reminds us that he's a living treasure.

He secretly funded children's hospitals and cancer research
Keanu Reeves likes to live a quiet life off-screen but it came to light that the actor had been secretly donating large sums of money to children's hospitals. The actor preferred to keep it a secret until the news made it to the press. Keanu Reeves, like the gentleman that he is, played down his work. "I have a private foundation that’s been running for five or six years, and it helps aid a couple of children’s hospitals and cancer research. I don’t like to attach my name to it, I just let the foundation do what it does," said Keanu Reeves. Cancer research is personal to Reeves, after watching his younger sister Kim Reeves was diagnosed with leukemia around 1991.

Keanu never spoke about his sister's diagnosis until he paid tribute her indomitable strength for Woman’s Day report from 1999. "I love Kim. She's so brave, and I want the very best for her. You can star in hit movies, but that's nothing compared to going through what Kim's been through," Reeves reportedly said at the time. He also stood by her throughout. "Keanu helped me so much through my illness. When the pain got really bad, he would sit with me and hold my hand, and keep the 'bad man' from making me dance. He was supporting me and comforting me all the time, even when he was away," said Kim.

A life scarred by tragedy
For a man who has been dealt a cruel hand by fate time and again, Keanu Reeves still chooses to spread love and kindness. Keanu Reeves would lose the love of his life, Jennifer Syme, their young daughter, and his best friend, River Phoenix. Keanu Reeves and Phoenix were at the brink of stardom when tragedy struck and River Phoenix died from a drug overdose in 1993. He was all of 23. Keanu Reeves was heartbroken. He met Jennifer Syme at a party in 1998 and fell head over heels for her. They fell in love and they were preparing for the birth of their daughter, Ava. Unfortunately, Syme gave birth to their stillborn baby daughter on Christmas eve in 1999.

In 1998, he met Jennifer Syme at a party, and fell head over heels in love. Within a year, she was pregnant with his baby. pic.twitter.com/l9mMhWXAQS

The tragic death of their baby broke their relationship, even though they remained friends until she died in a car crash in 2001. "Grief changes shape, but it never ends," Reeves told Parade, according to the Daily Mail. "People have a misconception that you can deal with it and say, 'It's gone, and I'm better.' They're wrong. When the people you love are gone, you're alone," said Keanu Reeves.

Keanu's dating again
After flying solo for years, the actor made his first public appearance with new girlfriend Alexandra Grant, 46, at an event last year, confirming what millions feared — he wasn't single anymore. The Matrix star could be seen adorably holding hands with the artist while attending the LACMA Art + Film Gala in Los Angeles, California. Alexandra Grant had been Reeves' business collaborator for years and had also appeared with him at red carpet events before but this felt different. The loving glances and smiles were unmistakable.

Keanu took his Mom to the Oscars
John Wick star Keanu Reeves did a really sweet thing by bringing his mother and costume designer Patricia Taylor, to the 2020 Oscars as his date.

Keanu Reeves is already a blessing on mankind and we can only hope he gets to touch more lives. Happy Birthday Keanu Reeves, have a good one.