The three-year-old was allegedly killed by her foster parents after months of continued abuse. 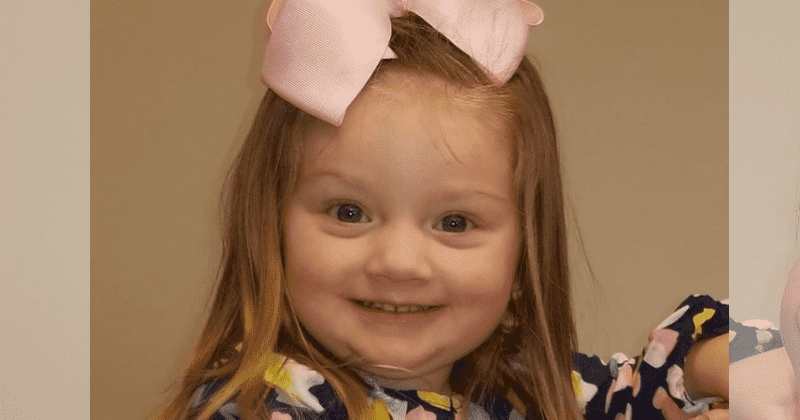 A three-year-old girl who was beaten to death by a Food Network star and her husband was buried in an emotional funeral this week. Victoria Rosie Smith was buried at a church graveyard in Travelers Rest in South Carolina in a ceremony attended by the girl's biological family and some of her previous foster parents. Her biological mother, Casie Phares, placed a teddy bear on the burial site and bid a final goodbye, reports PEOPLE. Smith was killed by The Worst Cooks in America Season 20 winner Ariel Robinson and her husband Jerry Austin on January 14. They were arrested on January 19 after the coroner found evidence of abuse on the young girl's body before being charged with homicide by child abuse soon after.

The "sassy and smart" three-year-old was placed under the Robinsons' care by the South Carolina Department of Social Services, along with her two older brothers, a while ago and they adopted the girl back in March while still fostering her two elder siblings. On January 14, Smith was found unresponsive at the Robinsons' home and was rushed to the Greenville Memorial Hospital only to be pronounced dead a few hours later. Per the PEOPLE report, Kent Dill, Greenville County Senior Deputy Coroner, noted that she died of multiple blunt force injuries. After the incident, the victim's two brothers were removed from the home and placed into a different foster care.

Speaking to PEOPLE at the time of the child's death, Simpsonville spokesperson Justin Lee Campbell said it was even hard for the officers to deal with such horrible cases. "Police officers handle all kinds of cases, and these kind of cases can be the hardest for them to do. It is a sad day. You bring charges and maybe convictions, but at the end of the day the life of a child was taken. For anyone who knew the victim or was related to the victim, they are in our thoughts and prayers." In the wake of the sweet girl's death, a petition filed on Change.org alleged that Child Protective Services didn't do their due diligence of checking up on the child to ensure her safety. Urging the South Carolina State Senate to pass "Victoria's law" to ensure such cases don't repeat, the petitioner pushed for a reform of the current screening process for both adoptive and foster parents.

"We want there to be frequent non-scheduled home visits to the foster and adoptive parents and even after adoptions are finalized,"Michelle Urps demanded. We want Guardian Ad Litem's and case workers to talk privately with children in these homes so that they have the chance to ask for help if they need it." Cases of abuse against children by parents or guardians have been on the rise in recent years. In a similar incident, a mother was accused of killing her 5-year-old son by hitting his head repeatedly against the floor because he was "causing a mess." The woman, identified as 25-year-old Elena, is accused of violently attacking her son Artem until he stopped breathing, during the incident at their home in a village called Sokolivka in Central Ukraine. As per Mirror, the assault occurred last week and even had an eye witness—the little boy's 6-year-old sister, Diana. When the police arrived, they found Elena holding her son's dead body in her arms outside the house.

Speaking to local media, the mayor of the village, Vira Asaulenko, confirmed the news and said: "We came to check on the family after the kids did not come to the kindergarten and school. We saw the mother in the courtyard of her house. She was holding Artem in her arms. The boy was wrapped into a blanket. I touched his hand. It was icy cold. Diana was sitting on the ground. She did not say a word and was staring into nothingness without blinking." When paramedics arrived at the scene minutes later, they pronounced the boy was already dead. Oleksandr Korneichik, one of the paramedics who received the call, said: "There was nothing we could do. The child had horrific bruises all over his head and marks of suffocation on his neck."