"I hold on to the thought that he’s her guardian angel now," she wrote, referring to her daughter Grace Warrior. 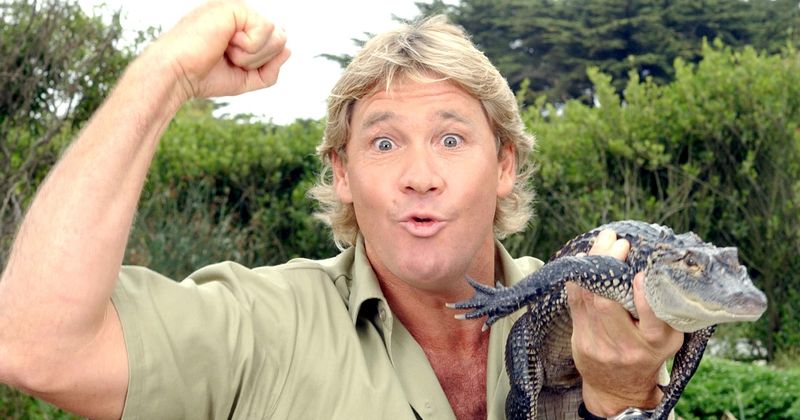 Steve Irwin better known as the Crocodile Hunter with a show by the same name passed away 15 years ago. His daughter, Bindi Irwin paid tribute to her late father with a touching post about what a loving grandfather he would have been to her daughter. Her daughter, Grace Warrior Irwin Powell, was born on 25 March this year. She took to Instagram to share a message remembering her father.

She wrote: "This sweetheart has been watching her ‘Grandpa Crocodile’ on the projector at our camp here on the Steve Irwin Wildlife Reserve. She lights up when she sees him on screen. I wish with all my heart that Dad could hug my beautiful girl. It’s been 15 years since he passed away. I hold on to the thought that he’s her guardian angel now, watching over the most special part of my life, Grace Warrior."

On September 4, 2006, Steve was at Batt Reef working on a documentary. He was in the shallow waters when he spotted a short-tail stingray and followed it to get footage of it. According to Who Australia, the stingray reared up and started stabbing him wildly with its stinger. He was 44 years old at the time. Bindi was only eight years old and in a speech at a public memorial service she had said: “When I see a crocodile I will always think of him and I know that Daddy made this zoo so everyone could come and learn to love all the animals. Daddy made this place his whole life and now it’s our turn to help Daddy.”

In an interview with Entertainment Tonight, Bindi had said of her late father, "He would've been a good, good grandpa. Yeah, he really would've been. I don't think we would've ever seen our daughter. He would've just whisked her away into the zoo and it would've been perfect. But it is so nice that we'll be able to introduce her to her grandfather through all of the documentaries. It's really special." Her younger brother, Robert, couldn't agree more. He said, that his father would have been "insanely excited" about their family's youngest member.

Bindi has included a part of her father even in her daughter's name. In the Instagram post introducing her daughter, she said: "Her middle names, Warrior Irwin, are a tribute to my dad and his legacy as the most incredible Wildlife Warrior." In a clip from Animal Planet in April, as per TODAY, she said, "It’s hard knowing that she’ll never get to actually meet (my dad), and it’s devastating because I’ll never get to watch that connection. But I cannot wait to be able to tell beautiful Grace all of these stories about Dad, to be able to share with her what an amazing father he was."

Steve's legacy has been flourishing, thanks to his loving family who took forward what he started. "I think it's really special that as a family we get to remember him, honor him in absolutely everything that we do," Robert stated. "And make sure that that legacy never, ever dies no matter what. And now with a new little wildlife warrior taking on the charge, he would just be insanely excited. I can't even imagine. It'd be amazing!" The term "wildlife warrior" is also something their father coined and Bindi nicknamed her daughter "Baby Wildlife Warrior" before she was born.