The panel of Pennsylvania State Supreme Court stated that the comedian's due process rights were violated prompting them to reverse his sentencing. 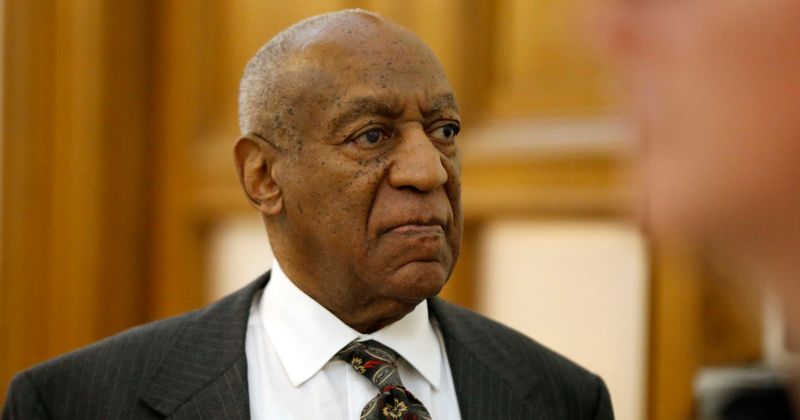 Bill Cosby, who was accused by at least 60 women of sexual misconduct, has been released from prison after Pennsylvania's highest court overturned his sexual assault conviction. The panel of Pennsylvania State Supreme Court judges opined that the former Montgomery County district attorney's decision to not prosecute Cosby in 2005 in return for his deposition in a civil case was used against him at trial. They stated that the actor and comedian's due process rights were violated when the case that was dismissed by the former prosecutor was picked up by his successor prompting their decision to revoke his sentencing, according to CNN.

BREAKING: The Supreme Court of Pennsylvania has overturned Bill Cosby's 2018 sexual assault conviction. He could soon be released from prison. https://t.co/voeYhOfT0W

Cosby's prosecution was a turning point in the #MeToo movement as more and more women came forward with harrowing stories about workplace harassment in the entertainment industry. The 83-year-old was convicted to three to 10 years in prison for drugging and violating Andrea Constand, Temple University sports administrator, in 2004. He was arrested in 2018 and has served nearly three years. “We are thrilled to have Mr. Cosby home,” Cosby's lawyer Jennifer Bonjean said, according to the Associated Press. “He served three years of an unjust sentence and he did it with dignity and principle,” she added.

Believe and support those who speak up.

As for Cosby's victims who had just started to feel a semblance of closure, this decision by the court feels like "a slap in the face" in the words of Lisa Bloom, the attorney for three accusers. "I am outraged! Outraged! Stunned! My stomach is in knots," said Victoria Valentino, one of the accusers. "The work that we have done to uplift women has been overturned by a legal glitch. We now have a serial predator on the street." Gloria Allred, who represented other accusers, said the overturning of the conviction on technical grounds in no way vindicated Cosby.

It’s so important to clarify that this case was not overturned on the facts. It was overturned on a technicality that resulted from a prosecutor not believing they could prove a case. I still believe Andrea Constand and the dozens of other women. https://t.co/QbY38nlph2

Allred said in a statement, "My heart especially goes out to those who bravely testified in both of his criminal cases. I represented a majority of the prior bad act accusers who testified. Despite the Pennsylvania Supreme Court's decision, this was an important fight for justice and even though the court overturned the conviction on technical grounds, it did not vindicate Bill Cosby's conduct and should not be interpreted as a statement or a finding that he did not engage in the acts of which he has been accused." Kevin Steele, the successor of the prosecutor who refused to persecute Cosby, reiterated that his release has nothing to do with "the facts of the crime."

Los Angeles judge has denied Britney Spears’ request to remove her father as her conservator.

The courts released Bill Cosby, who more than 60 women accused of sexual assault, from prison, but opted to keep Britney in one.

Why should any woman have faith in the system.

ABC News reported that two lower courts, including a three-judge panel of Pennsylvania Superior Court jurists, had previously refused to overturn the comedian's conviction before the Supremer court decided to hear the case. "My hope is that this decision will not dampen the reporting of sexual assaults by victims," Steele stated. "Prosecutors in my office will continue to follow the evidence wherever and to whomever it leads. We still believe that no one is above the law -- including those who are rich, famous, and powerful." He also commended Constand for bravely coming forward with her story and expose the once-popular TV personality.

"When the sexual assault happened, I was a young woman brimming with confidence, and looking forward to a future bright with possibilities," Constand had written at the time of his conviction, as per PEOPLE. "Now, almost 15 years later, I'm a middle-aged woman who's been stuck in a holding pattern most of her adult life, unable to heal fully or to move forward. "Bill Cosby took my beautiful, healthy young spirit and crushed it. He robbed me of my health and vitality, my open nature, and my trust in myself and others."