The star's publicist has said that Betty was "doing very well and being extra careful" during the pandemic. 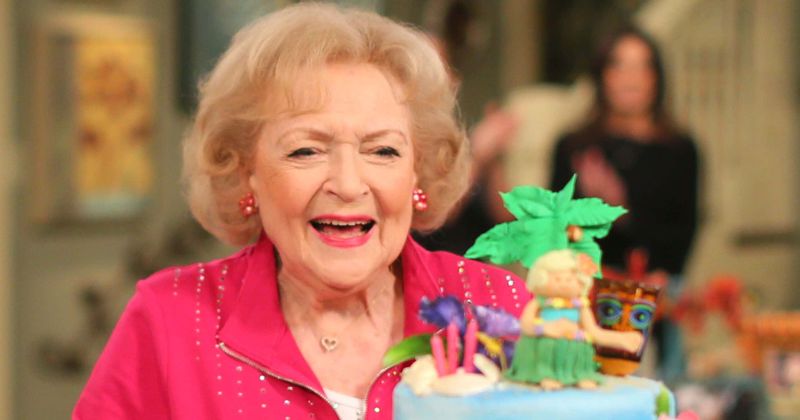 America's sweetheart Betty White is soon reaching another milestone in her life, as she turns 99 years old in January! According to the Sun, the near-centenarian comedian is planning a "low-key birthday bash" with close friends. Despite the struggles of the pandemic especially for someone her age, White is feeling "great". As for her big day, Betty's friends are hoping to make the best of the situation and toast to her long, cheerful life. She's managed to keep herself busy amid the crisis. Her close friend, Tom Sullivan, reported that “she owns literally thousands of crossword puzzle books and is constantly doing them to keep her mind jumping. This is really serious with her.” Her publicist earlier once said that she was "doing very well, being extra careful" and that "No one [is] permitted in except those who must, [and she] has helpers who are great with her.” Betty's friends are excited to celebrate the actress' big day, telling OK! that "Betty's done so much in her life, and all with a smile. She's an inspiration for everyone around her - she refuses to get down and keeps everyone on their toes. Her friends and loved ones are ready to raise their glasses to celebrate her great life."

https://t.co/hqF0ObJFdB
We’re all ready to celebrate you Betty!!

Last year, the Golden Girls star planned a fun celebration with close loved ones. Speaking to Closer Weekly at the time, a friend of the witty comedian revealed that White planned to celebrate her 98th birthday surrounded by a small group of her pals and loads of good humor. "She still likes to drink, laugh, and tell stories. It will be at her home with her longtime friends and stepchildren. She’s still close with them and their children. They’ll order food in and have fun," said the insider. "She doesn’t have any major health problems. She says she’s a little ‘creaky.’ Walking is a bit of an issue and she uses a walker at home, but she’s OK. And she’s still quick with a one-liner," the friend continued.

Will mr haha be at you’re bday party pic.twitter.com/cW7RuWzeiJ

She may be closer to 100 years old, but she still plans to work just as hard! Age is just a number to America's national treasure and she's still going strong. White's eight-decade Hollywood career includes such series as The Mary Tyler Moore Show, The Golden Girls, and Hot in Cleveland. As we previously mentioned, she will be starring in a much-anticipated Lifetime Christmas movie that is said to be in production. White's character "helps whip would-be Santas into shape, spreading the true meaning of Christmas," and her work as a Santa whisperer leads everyone to wonder if she's secretly Mrs. Claus, according to Entertainment Tonight. Unfortunately, the eight-time Emmy winner's Lifetime Christmas movie has been delayed until 2021 due to the pandemic “We’re all still dreaming of a White Christmas with Betty White — unfortunately, we will have to wait until 2021,” Lifetime said in a statement to EW. “The movie is being pushed to next year due to COVID filming restrictions.”

Before I read the headline and I just saw her picture, my heart jumped out my chest

White has focussed much of her life entertaining and winning the hearts of audiences around the globe. As for her personal life, Cheat Sheet reports that White has had three husbands: Dick Barker, Lane Allen, and Allen Ludden. She intentionally never planned on having children and being a mother. Does she have any regrets? “No, I’ve never regretted it,” she told CBS Sunday Morning in 2012. “I’m so compulsive about stuff, I know if I had ever gotten pregnant, of course, that would have been my whole focus. But I didn’t choose to have children because I’m focused on my career. And I just don’t think as compulsive as I am, that I could manage both.”

Fans love Betty for being a sassy woman and an overall badass. When asked "Why do you think wrinkles and randiness have been such a great combination for you?", White replies, "I think the randiness is always done with a sense of humor. I mean, a joke, sure, it can be a naughty joke, but it has to be pretty funny. Double entendre, I love. The people who get it, enjoy it. The people who don't get it, no harm."

And as for being the last living Golden Girl she said, "I'm the only one left, and I'm the oldest. That's what amazed me, 'cause I thought, well, I'll be maybe the first to go. But Ruesy, we thought was gonna make it. She was not well. And then, when we lost her, it was just like tearing your heart out. She was such a fun lady." Speaking of death, White isn't afraid. "Not at all. My mother had the most wonderful outlook on death. She would always say, 'Nobody knows. People think they do, you can believe whatever you want to believe what happens at that last moment, but nobody ever knows until it happens.' But, she said, it's a secret. So, all growing up, whenever we'd lose somebody, she'd always say, 'Now, they know the secret.'" We love Betty White's outlook on such a difficult subject; her humor and brightness will forever shine through. What a queen!