Phil And Lil's Mom Betty Is Gay In The New "Rugrats"

While many appreciated the change, some have said that the makers are just pandering to earn brownie points from the LGBTQ+ community. 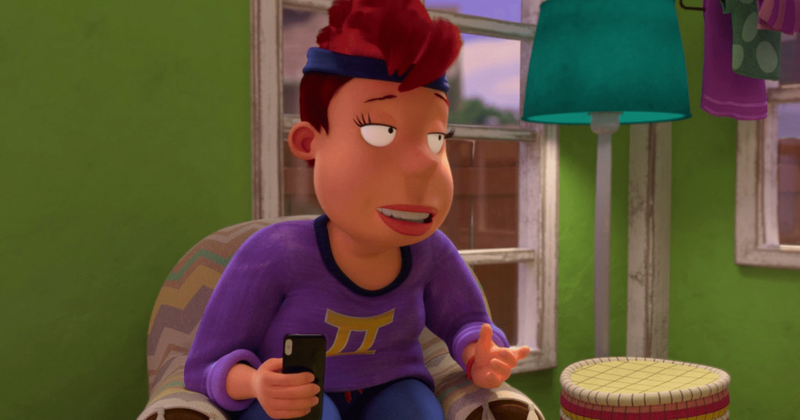 If you ever suspected Rugrat matriarch Betty DeVille, mother to unruly twins Phil and Lil, was queer, then you've hit the nail on the head. The Rugrats revival series on Paramount+ has confirmed that mom Betty DeVille is gay. The news announced by Natalia Morales, the actress who voices the character in the Nickelodeon series, that released on May 27 on the streaming platform. Speaking during an interview with AV Club, Morales said: "Anyone who watched the original show may have had an inkling Betty was a member of the alphabet mafia." The 36-year-old, who identifies as queer, explained the character as such: "Betty is a single mom with her own business who has twins and still has time to hang out with her friends and her community.”

This latest surprise comes after Didi Pickles' original Melanie Chartoff had revealed that there would be a lesbian character on the new show, but hadn't shared which character it would be. Fans of the original show are over the moon about the news while there are some who have been stunned by the revelation. "I don't know about you but as someone who watched Betty in the original, this makes sense," a user tweeted.  Many others said their suspicions were confirmed following the news. Morales said: "I think it’s just so great, because examples of living your life happily and healthily as an out queer person are just such a beacon for young queer people who may not have examples of that."

Wowza am I feeling a way about the decision to make Betty gay in the Rugrats reboot when there are so many bi+ identities they could have chosen instead to honor her palpable queerness and her relationship with Howard from the original.

She continued: "And yeah, Betty is a fictional cartoon, but even cartoons were hugely influential for me as a kid, and if I’d been watching ‘Rugrats’ and seen Betty casually talking about her ex-girlfriend, I think at least a part of me would have felt like things might be OK in the future." The revival shock is its first return after going off-air in 2004, following a 13-year run on TV. Though Betty's coming out has been viewed as a good sign by many, there were others who purely saw the move as nothing but faux progressivism. "Making Betty gay on Rugrats is just performative wokeness and I’m so tired,” one person wrote. "It was already subversive to have a woman who was not traditionally feminine married to a more effeminate male/SAHD. Erasing this is not nearly as progressive as making a new openly gay character would be."

I truly have a few love and hate things about the show. Love what they are doing with Betty and saying she had a girlfriend in the past…but part of me feels like its weird to see the Rugrats with today’s technology..

Another user who didn't agree with the change added: "Betty was a great character because she was a rough and butch lady that didn't land into the stereotype that all rough and butch ladies must be lesbians. They have ruined that now and have made the character ironically kind of homophobic." A third shared that moves like these cause people to think people are trying to score brownie points from the gay community. "Betty has a husband and Phil And Lil aren't test tub babies. Just make new fucking characters." Yet another claimed that big production companies like Disney and Paramount are only doing this for publicity. They wrote: "I'm supportive of the LGBTQ+ community too, but after what happened with Disney and now this I'm starting to question if Hollywood's just using the LGBTQ+ community for publicity."

Soo they've take a character who loves her husband and is the more outspoken of the two and made them gay. While not even mentioning what happened to Howard, Bettys husband.