trending celebrity people lifestyle news animals
After Being Best Friends For 17 Years, Two Women Just Found Out They Were Sisters

After Being Best Friends For 17 Years, Two Women Just Found Out They Were Sisters

Two women from Philadelphia, who were friends from middle school, found out they are biologically related after a DNA test. 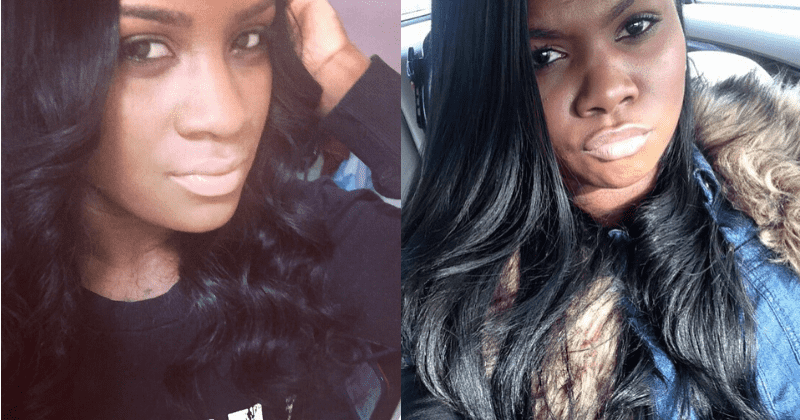 The universe works in mysterious ways and it turned out to be the case with these two best friends from Philadelphia. Ever since they met at Sulzberger Middle School in 2003, Latoya Wimberly and Ashley Thomas have been inseparable, even calling themselves sisters along the way. As luck would have it, that's exactly how their story turned out and their 17-year-old friendship was replaced by the fact that there were biologically related, with confirmation arriving via a DNA test last month.

The story unfolded when Wimberly posted a picture of her father and Thomas from her engagement on Facebook. Here's Wimberly explaining the story to Global News California: "Ashley’s late mother’s best friend noticed that my father and Ashley posted photos with me. She called Ashley and said, ‘I never knew that Toya’s father was Kenny. Me and your mother hung around Kenny back in the day.'” And thus a seed of doubt was planted, all their friends and family thought they may be sisters while they themselves joked a thousand times or more that they're sisters at best and they had the chance to confirm it for themselves.

https://t.co/ytMTtZjrJ2 Best friends in Philadelphia learn they are sisters after 17 years pic.twitter.com/048FkB4T5d

The best way to confirm the suspicion was with a DNA test. And that's what they did in February this year. Wimberly, 29, and Thomas, 31, were both confirmed as being Kenneth Wimberly’s daughters. Speaking to Good Morning America about the moment she discovered the test results, the younger Wimberly sister said: "I almost passed out. Then I immediately called Ashley."

LONG-LOST SIBLINGS: Best friends in Pennsylvania learn they are sisters after 17 years https://t.co/oI5VdrzO4j

Thomas was also surprised to find out that the man she thought was her best friend's dad turned out to be her biological father too. At the age of 15, she found out that the man she grew up around wasn't her biological father but soon after her mom passed away and from that moment on she was left not knowing who her actual father was. Speaking about what she felt after finding out the news, Thomas said: "The first few nights I couldn’t go to sleep. I’m happy that she's my sister but had some emotions that this guy I’ve been around this whole time, I never knew he was my father."

Talking about her side of the story of when the suspicion arose, the 31-year-old said: "I gave her a shout out on Facebook and my mom's best friend said, 'I didn’t know you were Kenneth’s daughter’s best friend. I called [Latoya Wimberly] a few days later and told her my mom’s best friend said she knew your dad and your dad may know my mom."

- This happened when the best friend to the late mother of one of them spotted their father in a group photo on Facebook and recognized him as someone they used to hang out with.

Kenneth Wimberly, father of the former best friends and now sisters, was urged by Latoya to reveal more details about if there could be a chance that she and Thomas could be sisters. When the man found out her daughter's friend's mom was a woman he had a fling with, they went ahead with the $200 test. Telling his story, an ecstatic father Wimberly said: "She (Latoya) told me she and Ashley would pay some and I would pay $100. That was the best $100 I ever spent. I am happy that she’s my daughter. And everyone is happy that she’s a part of the family. She always called me Big Kenny and now it’s moving from Big Kenny to dad and it takes a little while to get used to. But she just looks at me when she does it and smiles", the 48-year-old told GMA.

Ashley Thomas and Toya Wimberly grew up together as friends. Most times, they'd even plait each other's hair.

This is not only interesting, someone really has a lot of fast explanations to do🤔!#legitdiasporanews #diasporanewshttps://t.co/xDqCNDTJhU

The two sisters have five kids between them who are all close friends as well, according to GMA. With this, Thomas's two sons will be able to know and develop a bond with their biological grandfather.