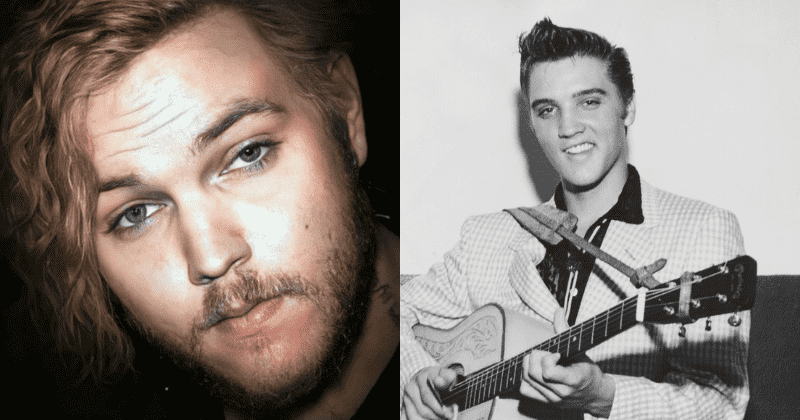 Benjamin Keough, the son of Lisa Marie Presley and grandson of Rock n' Roll legend, Elvis "The King" Presley has been out to rest at Graceland, as per a statement released by Elvis Presley's Memphis estate on Facebook on Thursday. Keough died by suicide back in July; he was just 27 years old. "Benjamin Storm Presley Keough was laid to rest in the Meditation Garden at Graceland with his family including his grandfather, Elvis Presley, great-grandmother, Gladys Presley, great-grandfather, Vernon Presley and great-great-grandmother, Minnie Mae Presley," the post read.

Benjamin Storm Presley Keough was laid to rest in the Meditation Garden at Graceland with his family including his...

The family is devastated by the untimely death of a member as per a statement released to ET by a representative for Lisa Marie, who said the mother is "completely heartbroken, inconsolable and beyond devastated but trying to stay strong for her 11-year-old twins and her oldest daughter, Riley." He then added, "She adored that boy. He was the love of her life." His older sister, Riley Keough, also put up an emotional post on Instagram remembering her brother, and even got a tattoo in his honor. "Mornings are the hardest. I forget you’re gone. I can’t cry because of the fear that I will never stop," she wrote in her post and added a slideshow of her pictures with him. "A pain that’s new to me. You. There are no words for you. Angel is the closest I could think of. Pure light. Baby brother. Best friend. Wild man. Intellectual. Witness to my life. Twin soul. Protector. Too sensitive for this harsh world."

"I hope you give me strength to endure the giant hole you’ve left in my heart. I hope you give me the strength to eat," she added. "I hope you’re cradled in love. I hope you feel my love. I hope you feel god. You are god. I can’t believe you’ve left me. Not you sweet Ben Ben. Anyone but you. I guess this is true heartbreak. I hope we meet again." Plenty of people commented on the estate's statement wishing that the late grandson of the superstar rest in peace. Tami Rene commented: "Continued prayers for the Presley and Keough families. At least being at Graceland Lisa knows he will be taken care of and kept safe." Jennifer Lynn Sweat recalled a moment from a month ago when she was at Graceland and said she may have seen what was happening. "I was there about a month ago and I wondered if that is what they were doing in the garden. Rest In Peace Sweet Boy," she wrote.

Fans of the family shared in the grief of the Presley family. Vickey N Ray Gainey added an insight that Elvis and his mother were initially rested in a different place before being moved to Graceland before commenting that Lisa may have chosen to do so for security reasons. She wrote: "Elvis and his Mom were initially buried elsewhere too, but for Security reasons they moved them to Graceland. Perhaps this is why Lisa moved Ben to Graceland also. He will always be protected there." Deborah Whyte pointed out that the he had never seen his grandfather and will now rest easy with him. "Im glad he is laid to rest with his Grandfather he never got to know him in life but is resting with him in death his mother wanted it an now her son is with her father," she opined.

Distressed girlfriend pleaded with Elvis Presley's grandson Benjamin Keough, 27, before 'he shot himself in the chest' https://t.co/1Kf2ME4dr4

According to Daily Mail, Keough died after reportedly shooting himself at a party for his girlfriend and brother-in-law's joint birthday. The party took place at Lisa Marie Presley's $1.8 million Calabasas, California home late on Saturday, July 12, when a woman believed to be Pinto screamed 'don't do it' in the early hours of the morning. After his death, Pinto added an emotional note for her boyfriend, and said: "I don’t know how I’m supposed to do this life without you," before stating that she now knows "the true meaning of grief."