This is not the first time the Chicago Bears legend made these comments. 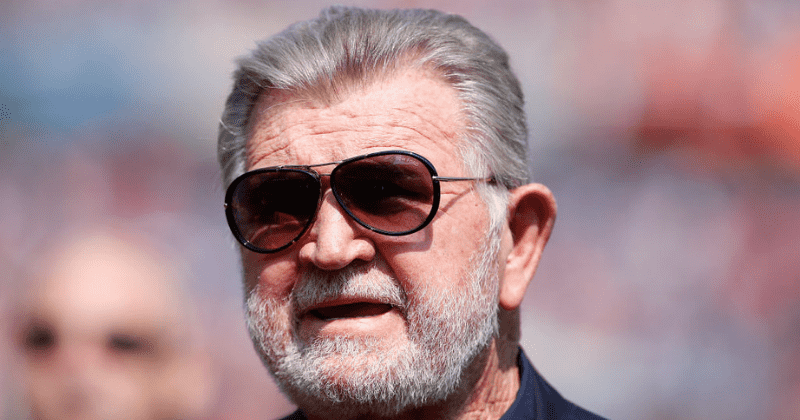 Mike Ditka, the Chicago Bears legend, has struck once again after he shared his displeasure on players kneeling during the national anthem. Speaking before the commencement of the 2020-21 season, Ditka lambasted players for disrespecting the flag. In an interview with Newsmax as per Fox News, the Hall of Famer said: "Football's football. It's not a complicated thing. You're playing the game, you're enjoying the game. You don't like the game, get out of it. It's not for protesting one way or the other. What color you are, what you think, this or that. You play football. That's it."

He added: "You're privileged. You got a gift from God that you can play the game because you got a body you can do it with. I don't really understand what you're protesting. I played the game. I coached the game for a long time. It makes no sense to me."

NFL 🏈: Hall-of-Fame coach Mike Ditka tells protesting players that if 'they can't respect this country, get the hell out of it.' [with Newsmax TV's @ShaunKraisman https://t.co/VlT7z8drtO] pic.twitter.com/E3jPCBrMdt

Ditka ended his statement with a resounding warning: "And if you can't respect this country, get the hell out of it." The 80-year-old has been known as a critic of kneeling since the trend emerged and has been vocal about it. In July this year, Ditka didn't mince his words when asked for his opinion on it. He was quoted by ABC7 as saying: "If it was up to me, I'd say no. If you can't respect our national anthem, get the hell out of the country. That's the way I feel. Of course, I'm old- fashioned. So, I'm only going to say what I feel."

Mike Ditka has not been relevant for 25 years. https://t.co/eAqeDQANDC

Ditka is the Chairman of the X League, a women's tackle football league that was scheduled to make its debut in April of 2021. However, it remains to be seen whether things would go as planned, considering the current scenario. The event was earlier known as Lingerie Football League and was soon rebranded to Legends Football League back in 2013. It was rebranded and reformatted yet again in 2019 to Extreme Football League or X-League. "I think there's a way you protest, and there's a way you don't protest," he continued. "You don't protest against the flag, and you don't protest against this country who has given you the opportunity to make a living, playing a sport, you never thought would happen. So, I don't want to hear all the crap. You want to try it, try it. You don't, it's okay."

Somebody need to go have a sit down with Mike Ditka.. no arguing But explain to him what’s going on...feeling entitled at its finest

The former NFL player has received severe backlash for his comments against kneeling, especially when he made a particularly crass statement in 2017. According to CNN-affiliated KWQC, he'd said: "There has been no oppression in the last 100 years that I know of." He was forced to apologize for making a comment in poor taste. Ditka's comments haven't been finding much support online. David Axelrod wrote: "I wonder if Ditka ever had a conversation with his teammates or the players he coached about the reality of being black in America? I’m guessing not."

Kneeling as a form of protest began in 2016 when former San Francisco 49ers quarterback Colin Kaepernick took a knee to draw attention to the racial injustices Black Americans were subjected to. This form of protest has made a comeback after the brutal death of Breonna Taylor, George Floyd, and Ahmaud Arboury this year with demonstrations reaching a crescendo post-May with massive public backing.

RT @deeorumpshaker: Unfortunately for sports fans...MikeDitka is just another angry old White man. His success as an NFL coach only camouflaged that insensitive side of him. Now, you can actually see how little Ditka valued the Black players whose backs he bent to stand on.💯😏