Creator of the R-rated "Harley Quinn" animated series recently revealed being forced to cut an explicit scene between Catwoman and Batman. 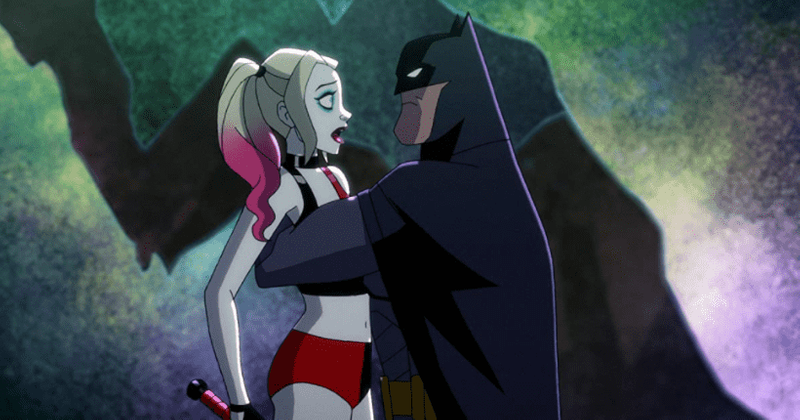 Batman can save the world from villains, help the needy but he sure can't go down on someone. Justin Halpern, co-creator and co-producer of the Harley Quinn animated series recently spoke about how the R-rated show had a particular scene where he was supposed to perform cunnilingus on Catwoman. But DC Entertainment, a co-producer on the show, was dead against it. While speaking to Variety about the creative freedom the show gets and a character like Quinn allows, Halpern said, "It’s incredibly gratifying and free to be using characters that are considered villains because you just have so much more leeway. A perfect example of that is in this third season of ‘Harley’ [when] we had a moment where Batman was going down on Catwoman. And DC was like, ‘You can’t do that. You absolutely cannot do that."

And the reason that DC gave was more disconcerting. Halpern added, "They’re like, ‘Heroes don’t do that.’ So, we said, ‘Are you saying heroes are just selfish lovers?’ They were like, ‘No, it’s that we sell consumer toys for heroes. It’s hard to sell a toy if Batman is also going down on someone.’” With superhero shows and movies becoming dime a dozen, probably the show's creators thought they'd experiment a bit and do some things differently. But there are certain lines that these comics can't cross. On the internet, news of the cut led many fans to a commenting frenzy.  The show streamed on the DC Universe streaming series for the first two seasons. The third and upcoming season will be streamed on HBO Max. Kaley Cuckoo, of The Big Bang Theory fame, voices Quinn's character.

Of course Batman goes down. Why do you think his mask ends at his nose? pic.twitter.com/V1RfIlYv7C

Many commented on the logic of removing such a scene when the show was itself was for adult audiences. Twitter handle @Jazzman4 wrote: For better context, they claim that would tarnish toy sales....i have many thoughts on that. Like, who is showing their kids harley quin, adult series? Who thinks that adults who watch it, will change their mind on buying their kids batman toys? who honestly correlates that? Another handle @Daniel_Ceresia commented: Batman is a man and men do that. If he does it right, I think a lot of ladies would beg to differ. He has a d**k... wondering if DC thinks is it ok for heroes to use that? If not...a lot of boys/men have stopped wanting to be Batman went they grow up! Others like @ehs06702 said it's because of controversies such as this involving hero characters that she preferred villains.

Heroes can, should, and absolutely DO please their ladies. K? Thanks for coming to my TED talk. pic.twitter.com/mhy4JAvzsk

She wrote: And this encapsulates why I prefer villians. They're allowed to be human and have fun. Heroes are just supposed to be boring ass paragons of virtue. Mind you, there's exceptions, obviously. On Facebook, Michael Bush wrote in the same vein: How many kids are watching… or is that SHOULD be watching Harley Quinn? Isn’t it an Adult oriented show anyway. But there were those who thought the show was trying too hard by sexualizing the characters. Eero Terry wrote: I've only seen a couple scenes out of the Harley cartoon. From what I saw, I am not a fan. In an attempt to make it either more realistic, dark, gritty, or for grown ups, they take the approach of using swear words, sexualizing characters, that may be more adult oriented, but distorts the characters.

So DJ Khaled was Batman this whole time... pic.twitter.com/0vZXr9OHRZ

He added: To be clear it's not just what they do to the title character, it's how they treat supporting characters. Like I said, I only saw a few snipits, but it left me feeling like this is not the DC Universe. Also DJ Khalid also started trending online because of this story! We'll leave it to you to find out why.