The babysitter even tried to ask for financial compensation for damage to the futon that added to the 1yo boy's numerous injuries. 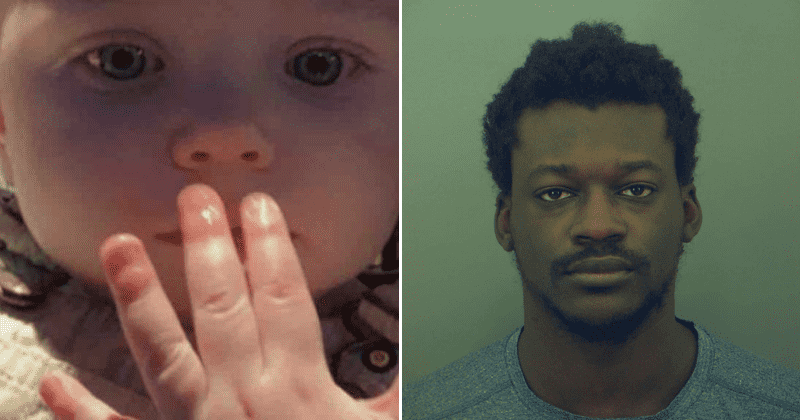 Trigger warning: The story contains details of child abuse that some readers may find distressing

When hospital worker Araya Coffey from El Paso Texas left her one-year-old son, Ahren DeHart, in the care of a babysitter, she had no idea she'd lose him permanently soon after. The mother had left her son in the care of a 24-year-old named Marvin Rex Lake who had also been babysitting two other children — a baby and a toddler — in his apartment on April 12, 2021. At one point, he even got on a video call with one of the other mothers who noticed that Ahren seemed to be "in good health and alert, but was crying and fussy," according to Fox News. However, four hours later, Marvin allegedly called Araya and told her that her toddler had "rag-dolled" — slang for a person who goes limp after being struck — and puked a red substance.

Rushing to the 24-year-old's place along with another mother just before midnight, Araya found Ahren unresponsive and breathing improperly. Though he was admitted into a hospital, the one-year-old passed away on April 16. But what sparked an investigation into the little one's death was that doctors at El Paso Children's Hospital discovered that his injuries were "non-accidental," said police.

A Texas man has been charged with murder after a 1-year-old boy he was babysitting died in his care.

Marvin Rex Lake was babysitting Ahren Joshua DeHart and another infant and toddler when the boy suffered head and internal injuries.https://t.co/MofyDDPDfs

A spokesperson said: "In the early morning hours of Tuesday, April 13th, officers were called to Children’s Medical Center after the baby was transported there with multiple injuries, including a skull fracture. Investigators learned the victim, as well as another infant and toddler, had been left in the care of Lake while the children’s mothers went to work. Just before midnight on the 12th, the mothers returned from work and found the one-year old unresponsive. He was admitted into the hospital in critical condition and was soon placed on life support, as his injuries were described by doctors as acute and non-accidental. Sadly, the infant succumbed to his injuries on Friday the 16th."

Not long after, the authorities arrested Marvin for Arhen's death. During the initial round of questioning, the suspect allegedly told detectives that he had no clue how the one-year-old got a fractured skull, brain damage, and hemorrhaging of the lung. However, the babysitter did admit to using "several wrestling-style moves" and an American football hold on Arhen after the latter ripped a pillow, according to the cops. Apparently, the boy also slipped from Marvin's hand and hit the frame of a futon. In a court affidavit obtained by KFox14, the suspect allegedly told the cops that he had anger issues and didn't know his own strength. "I did not hurt his head. I only caused the internal injuries," he said before also inquiring about the possibility of being financially compensated for the damage done to his futon frame. The other two children under his care also had injuries, the police claim.

Marvin Rex Lake allegedly gripped a 1-year-old infant like a football, wrestled with the baby and dropped him on the frame of a futon, causing fatal injuries, according to a police affidavit.https://t.co/KtsJXwLZ37

As for little Arhen, his death left behind a string of broken hearts. His uncle, Lawrence DeHart, told KFox14: “Ahren was on life support and on Friday, at around 2:30 p.m. we were all there at the hospital and they decided to disconnect everything and let him pass away. Never in my life did I think I, my family, a 20-year-old newly married couple with almost an exact one-year-old baby would have to live through this."

A GoFundMe page was set up to support Arhen's parents through this difficult time. The post read: "Araya Coffey has been part of our team in the Hospital taking care of Labor and Delivery department in second shift. She has a beautiful 1 year-old boy named Ahren Joshua DeHart. Araya is married to Brandon DeHart, who is a Specialist in the  Army based in Ft. Bliss. On Monday April 12, 2021, Araya had to rush out of work when the babysitter called her to tell her that Ahren was throwing up. By the time Araya got home Ahren was unconscious. She called 911 and Ahren was transported to El Paso Children's Hospital where he was pronounced brain dead." So far, $20,910 has been raised over the $20,000 goal, at the time of this article.