Jessica Walter, 'Arrested Development’ And ‘Archer’ Actor, Has Died At 80

The award-winning actress, whose career spanned six decades, passed away on Wednesday, March 24. 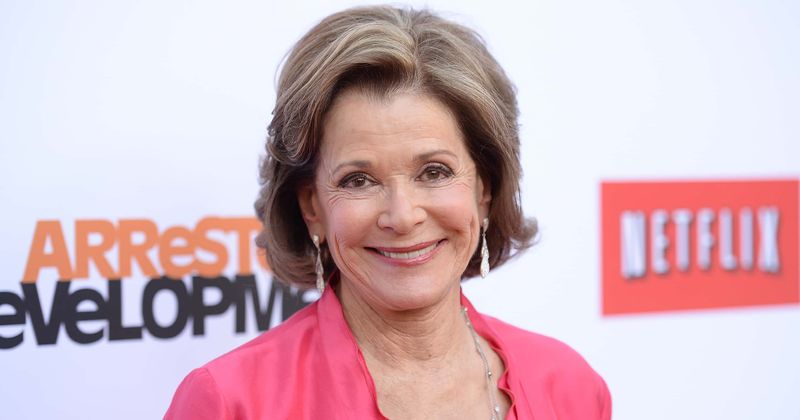 Award-winning actress Jessica Walter died in her sleep at home in New York City on Wednesday, March 24. She was 80 years old. The legendary actress whose career spanned six decades was best known for her performance as Lucille Bluth in Arrested Development which earned her an Emmy nomination and two SAG nominations. She also voiced Malory Archer on the animated series Archer. The actress was particularly renowned for her roles in comedy.

Jessica Walter is a comedy legend whose work will continue to make us laugh for a long time. pic.twitter.com/9wkOM4lb3W

Her daughter, Brooke Bowman, confirmed the news of her death, "It is with a heavy heart that I confirm the passing of my beloved mom Jessica. A working actor for over six decades, her greatest pleasure was bringing joy to others through her storytelling both on screen and off," she said in a statement obtained by PEOPLE. "While her legacy will live on through her body of work, she will also be remembered by many for her wit, class and overall joie de vivre."

She was a force, and her talent and timing were unmatched. Rest In Peace Mama Bluth. pic.twitter.com/wJeOeJleR3

Walter’s Arrested co-stars and many others shared their condolences on social media, with co-star David Cross calling her “an absolutely brilliant actress and amazing talent." According to Deadline, Adam Reed, creator and executive producer of Archer shared, “The Archer family is heartbroken to lose Jessica Walter, our beloved colleague and friend. Jessica was a consummate professional, an actor’s actor, and the exact opposite of Malory Archer – warm, caring, and kind, with an absolutely cracking sense of humor – and it was both a privilege and a true honor to work with her over these many years. She will be greatly missed, but never forgotten.”

FX said in a statement, "We are utterly heartbroken to learn of the passing of Jessica Walter. She was a comedic genius and a brilliant actor who personified wit, grace and elegance. Jessica's 'Malory Archer' served as the bedrock character for the series and we were always honored to have her as member of our FX family. Words cannot describe the monumental loss we and the Archer producers and cast feel. We extend our love, appreciation and condolences to Jessica's family."

Jessica Walter was a queen in every way: kind, classy, incredibly talented, generous with love & support. And so insanely funny. She was the brilliant center of our @archerfxx universe. Sweet flight to you, dear Jessica. You were so loved, and we were so lucky to know you. 💔 pic.twitter.com/0fsXh6CwbS

20th Television added, “Jessica Walter’s spectacular turn as the devilish Lucille Bluth is one of the great comedic performances of television history, and we loved working with her as much as audiences loved her on Arrested Development. Our hearts go out to her family and friends, particularly her daughter, and our former colleague, Brooke. We know that heaven just got a whole lot funnier with Jessica now in residence.” Arrested Development star Jason Bateman tweeted: R. I. P. Jessica Walter. What an incredible career, filled with amazing performances. I will forever remember my time with her, watching her bring Lucille Bluth to life. She was one of a kind. All my love and thoughts to her family.

Rest in peace, Jessica Walter, the multifaceted star of PLAY MISTY FOR ME, ARRESTED DEVELOPMENT, ARCHER, DINOSAURS, the original DOCTOR STRANGE movie, and the sadly forgotten but classic slasher HOME FOR THE HOLIDAYS.

You had an incredible career and you will be missed. pic.twitter.com/8g1Qwgp6h9

Walter has had an illustrious career over 60 years and has even won an Emmy starring in Amy Prentiss, an Ironside spinoff in the mid-1970s about a young San Francisco police detective. The icon also had a part in Clint Eastwood's directorial debut, Play Misty for Me. She also earned Emmy nominations for her work in both Trapper John M..D. and Streets of San Francisco. She served as 2nd National Vice President of the Screen Actors Guild and was also an elected member of the SAG Board of Directors for over a decade.

As for her personal life, Walter was previously married to actor Ron Leibman before his death in 2019. Walter is survived by daughter Brooke Bowman, who is SVP Drama Programming at Fox Entertainment, and grandson Micah Heymann.

The family asks that donations be made to Guiding Eyes for the Blind.