How can this president argue that it’s safe enough to reopen schools in the fall, asked Chris Cuomo 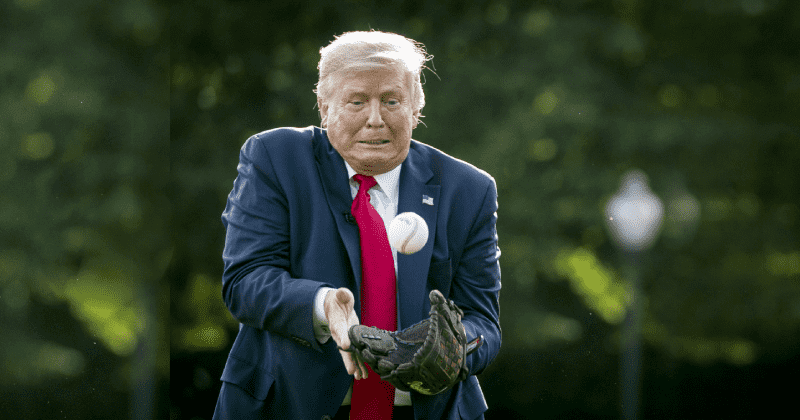 President Donald Trump was slammed by CNN anchors Anderson Cooper and Chris Cuomo on their respective shows over his handling of the Coronavirus outbreak. They called out the President as the death toll in America crossed 150,000. Anderson Cooper compared Trump to a 'snake-oil salesman' after he continued pushing hydroxychloroquine as a cure for Coronavirus despite health agencies and multiple studies stating that it didn't help in curing the virus. The Food and Drug Administration had also revoked the emergency authorization for the drug in June. “149,000 Americans are dead, which this self-proclaimed wartime president again did not mention in his prepared remarks that he was reading off that paper. And like a snake oil salesman, he’s still promoting disproven medical treatments. It is unconscionable,” said Cooper.

Trump had retweeted a video of Dr. Stella Immanuel, who's known to push unscientific information, promoting hydroxychloroquine and telling people to not wear masks. The video was removed by both Twitter and Facebook for spreading misinformation on Coronavirus. Dr. Stella Immanuel had allegedly claimed that alien DNA was being used to cure Coronavirus. “The president is now promoting a doctor whose viral video has been very popular suddenly among QAnon conspiracy theorists and Coronavirus deniers,” said Cooper, according to Yahoo News. “She’s a doctor from Houston who also believes that women can be physically impregnated by witches in their dreams.”

When questioned on promoting Dr. Stella Immanuel's tweet, Trump said, “She was on air along with many other doctors. They were big fans of hydroxychloroquine and I thought she was very impressive in the sense that from where she came. She said she’s had tremendous success with hundreds of different patients, and I thought her voice was an important voice,” said Trump before washing his hands off the tweet by adding, “…but I know nothing about her.” After reporters pressed him on spreading false information, Trump walked out of the press conference.

Cuomo also hit out at the President for his poor response to the pandemic. He pointed out that America was in no way ready to open schools, according to Yahoo News. Donald Trump and Republicans have been pushing to reopen schools claiming that children weren't affected by the virus, which isn't true. “There’s no plan for better testing. I hear you all over this country saying you can’t get results fast enough. I know. There’s no plan for it to get better. There’s no plan to help us reopen schools. And there is a reason for this inaction, and it has a name: Trump," said Cuomo, before adding, “You must be outraged by the inaction.” Cuomo also stated that Trump was “getting killed in the polls" because he was “not taking charge in a pandemic.” He called on Americans to take their own precautions to fight the virus. “You only control what you do for your family, what you can influence in your own community, and what you can demand from local leaders,” said Cuomo. “I’m telling you, If you’re waiting for Trump to use the federal government, with all its power and influence, don’t, because it’s not happening.”

TRUMP: "I can tell you this: She was on air, along with many other doctors, & they were big fans of hydroxychloroquine. I thought she was very impressive" pic.twitter.com/nSui8DOLDL

Cooper also hit out Trump for failing to deliver on his recent promise that “we are in the process of developing a strategy that’s going to be very, very powerful.” Cooper said, "Perhaps like a superhero, its power is invisibility because there’s been no sign of it today, six days and 5,000 American lives since he promised it. No national strategy.” “The federal government is sending supplies and personnel to some of the worst-hit areas right now, but still no strategy from this White House, not a new one as promised and there definitely isn’t an old one. And deaths are only climbing.”