Aria DiMezzo put in her name as a joke to mock the system and was sure of being "crushed". 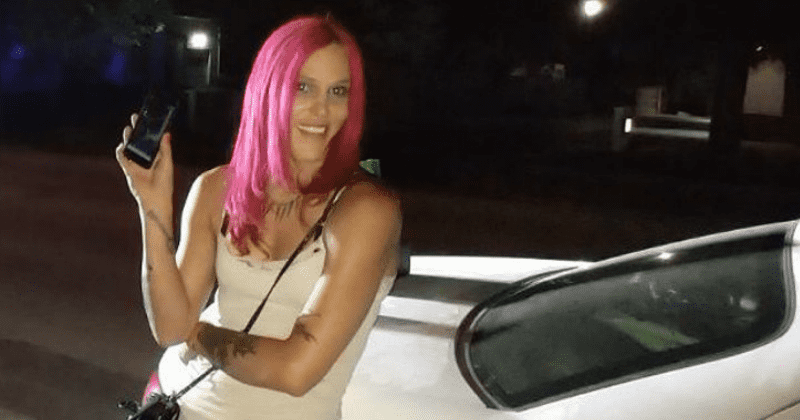 A self-proclaimed "Anarchist. Satanist and Shemale" who ran to be nominated as the Republican candidate for the Sheriff's post in New Hampshire as a joke, has won. Aria DiMezzo ran on the campaign titled "F**k The Police" and clearly her intention was never to win but to make a mockery of the system which according to her has "failed." According to InsideSources, Marilyn Huston, the Cheshire County GOP chair, even congratulated her on her victory but referred to DiMezzzo as a "he" during the interviews. “He did very well with the primary and that was wonderful. Aria really came into the Republican party because he was unable to get onto a Libertarian ballot,” Huston said. She never attended any GOP meetings and or candidate events, despite being invited.

Anarchist activist @Aria_DiMezzo won a Republican nomination for sheriff with the slogan “fuck the police.”https://t.co/a2YljKDXcb

DiMezzo decided to run for the nomination two days before the deadline when she found Earl Nelson, the longtime Republican candidate from the county, was not running. DiMezzo said she would support the party if it supported her. But this does not seem to be the case. She is up against longtime Democrat Eli Rivera and intends to run for the post. In her blog post, she highlighted, "There are rumors that I do not intend to campaign against Eli Rivera. These rumors are not true, and I will be campaigning to win in November...I’m running for sheriff because I oppose that very system, and the sheriff has the most hands-on ability in Cheshire County to oppose that system. The system that let you down by allowing me–the freaking transsexual Satanist anarchist–be your sheriff candidate is the same system I’m attacking."

'Don't forget to vote for me for sheriff in November!' https://t.co/KkKxHE2xVu pic.twitter.com/obxkaxsWQx

Talking about the rot in both the parties, she wrote, "The Republicans and Democrats are the parties of hostility, aggression, taxation, military-style policing, unconstitutional mandates, states of emergencies, unending war, and murdering children around the globe. As of yet, no elected libertarian anarchist has done any of those things." Writing about the ignorance of voters she stated, "Most people are probably angry at me, and blaming me for all this. That’s silly. I was always upfront about who I am. The good man in Rindge who looked into me found out everything he needed to know with a simple Google search. There it was, plain as day...It’s all there. None of it is a secret. I couldn’t possibly have been more upfront about who I am, or my position on things."

I mean I have to agree with her, to many people just cast their votes based on party.

She added, "Did none of you pay attention to the election two years ago, when I criticized Eli Rivera for not going far enough with his sanctuary policy? Did none of you remember the six foot tall tranny who ran for sheriff and then city council? You could have easily looked at a sample ballot prior to the election, and you could have simply looked up the candidates in a search engine." As many as 4,000 people voted in the primary on September 8 this week and she said "they all filled in the circle by my name despite knowing absolutely nothing about the person they were nominating to the most powerful law enforcement position in the county. That’s a level of the recklessness of which any decent human being should be ashamed."

DiMezzo wrote she was not at all serious about her candidature at first and "went into it expecting that I would lose the primary to a write-in candidate because I didn’t think that so many voters were just… completely and totally oblivious about who they are voting for." Well, she was wrong. According to Inside Sources, she said, “I shouldn’t have won this freaking primary. I should have gotten crushed."