Amber Alert: Police Looking For 2-Year-Old Boy Abducted From A Nursery In Virginia 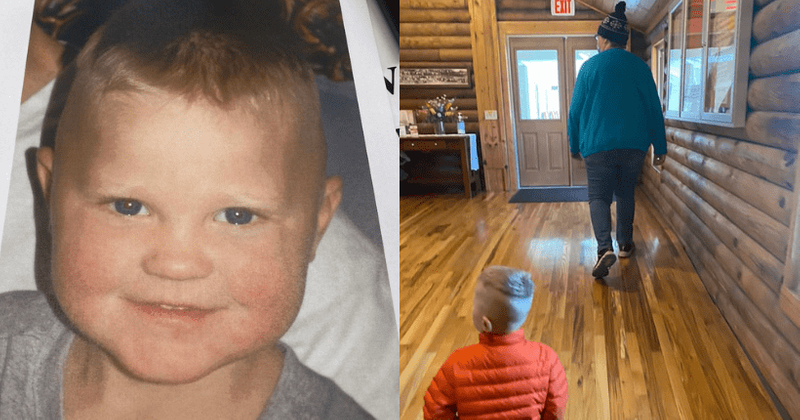 Police have issued an Amber alert for a 2-year-old boy named Noah Gabriel Trout who went missing on May 2 from Big Stony Creek Rd in Ripplemead in Virginia. The public has been asked to notify authorities of any leads. The child is believed to be in "extreme danger", according to the alert. Trout is "White, male, blonde hair, blue eyes, 2-years-old, 2 foot 9 inches tall, weighing 33 lbs", it added. He was last seen wearing an orange jacket. The Giles County Sheriff's Office released a picture of the boy with his description at the time of the abduction. A picture of the suspect, described as a female was also released. It showed her walking out of Trout's nursery with him. The suspect "is possibly wearing a blue jacket, blue jeans, black tennis shoes and a black beanie," the alert added.

The Virginia State Police and the Virginia Missing Children Clearinghouse has issued an AMBER Alert on behalf of the Giles County Sheriff’s Office, for a child abduction that occurred on May 2, 2021 at 1200 hours. pic.twitter.com/NHp5P0LNyt

The two are believed to have gone away in a black SUV. Trout was wearing a blue t-shirt depicting a houndstooth necktie, the release added then. The child has a red mark on the back of his neck and was last seen wearing a gray t-shirt and a bright orange jacket, it added. Noah was taken from the nursery at Riverview Baptist Church in Ripplemead, Virginia by the yet-to-be-identified woman. Another release by the department showed the suspect facing her back to the camera in the picture. Trout,  with his orange jacket as mentioned in the description, is seen walking behind her. The release added: "In reference to the abduction of 2 year-old Noah Trout, we have confirmed that this is a photo of Noah being led from the church by the suspect female."

They finally issued the Amber alert some hours after the missing report with more details. Some people were angry the authorities took so long to issue the alert. "The Virginia State Police and the Virginia Missing Children Clearinghouse has issued an AMBER Alert on behalf of the Giles County Sheriff's Office, for a child abduction that occurred on May 2, 2021 at 1200 hours. The child is believed to be in extreme danger..." In another release by the Sheriff's office, they made a correction on Trout's clothing description. "We have received information identifying a discrepancy in Noah Trout’s clothing description. Noah’s shirt was changed prior to going to church and is similar to the one below, except in royal blue," it stated. The earlier description described Trout wearing a "gray t-shirt."

IMPORTANT, PLEASE SHARE! #FBIRichmond is assisting the #Giles County Sheriff's Office (GCSO) in the search for an abducted 2-year old. Noah Gabriel Trout was abducted earlier today (5/2) by an unknown female from the nursery at Riverview Baptist Church in Ripplemead, VA. pic.twitter.com/TpNjCzntDW

The alert was later shared by the FBI office in Richmond on their Twitter page, who wrote they were "assisting" the Giles County Sheriff's Office in the search. A Twitter handle for the Virginia State Police also shared the Amber alert. People have been asked to contact the Giles County Sheriff's Office at 540-921-3842, Call 9-1-1, or visit Twitter.com/VSPalerts in case of any information.