Alma Wahlberg, Mother Of Mark And Donnie Wahlberg, Dies At 78 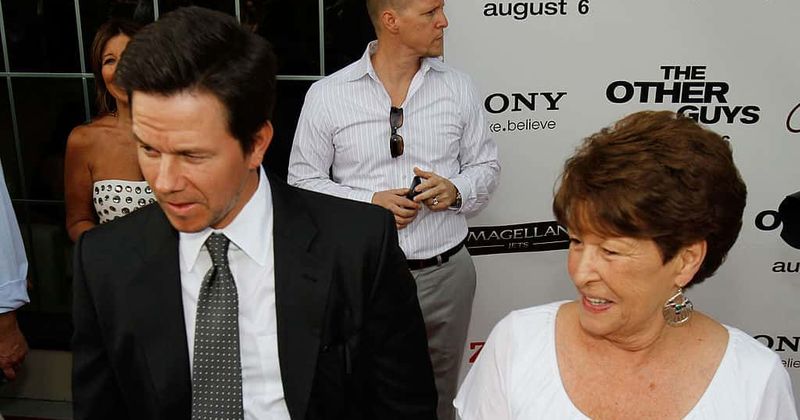 Alma Wahlberg, the mother of actors and singers Mark Wahlberg and Donnie Wahlberg has died. She was 78. While the family has not given the cause of death, Donnie had spoken about his mother's deteriorating health. Following her death on Sunday, the brothers paid touching tributes to her on social media. Mark posted a loving picture of his mom in a pink suit while radiantly smiling, on Instagram. He captioned it, thus: My angel. Rest in peace. In another post, a day later, he put up a family picture of the matriarch with himself and her grandkids with the words: Miss you grandma. Donnie, on the other hand, posted a nearly 2-minute video montage of his mother with the family in better times on the picture-sharing platform. He added a long emotional message about having been "blessed" to have been the son of such an "amazing woman."

Donnie wrote: My mom Alma’s joy for life, love and people — combined with a pride in her humble beginnings and refusal to forget where she came from — undoubtedly shaped me into the man that I am. I’ve often said, if you like anything about me, I got it from Alma. I say that, because it’s true. According to Legacy.com. Alma worked as a bank clerk and a nurse aid and had nine children. She has been listed as one of the cast members of the reality show, Wahlburgers, which is centered around the family and a restaurant started by, Alma's other son, Paul Wahlberg, a celebrity chef. He opened another more upscale restaurant called Alma Nove, named after his mother. The show's page notes that Alma worked "as a greeter and hostess at her sons’ restaurants where she shares her infectious laugh and sense of humor with everyone who comes to dine."

Donnie added: Like so many moms who struggled, overcame odds, made something from nothing and pulled off the impossible for their children, she never complained. She did what needed to be done, most often, with a smile. She made the best of times in the worst of times. That was Alma — mother, sister, daughter, grandmother, friend, ally, warrior, angel. She made no apologies for who she was, but never put herself above anyone else. She kicked our butts if we messed up, kicked anyone else’s butts if they messed with us. Taught us right, made us pay the price when we were wrong. She was the epitome of the word grace.

He gave his followers a peek into his early years singing for and with his mother, prior to forming the popular boy band of the '80s and early '90s: "New Kids On The Block."

He wrote: As a young boy, she’d invite me to sing her favorite song with her (Native New Yorker by Odyssey) as she cleaned our home. There’s no doubt that the two of us singing into a mop stick, while disco dancing on our “sparkling” linoleum floor, helped inspire the dreamer in me — just like the dreamer in her. Her other favorite song, If I Could by Regina Belle, is the song that she danced with each of her children to, at their weddings. I surprised her at mine by having Ms Belle sing it to her. I did so because, despite the fact that my mom could do (and actually did) many of the things mentioned in that beautiful song, she still wondered if she’d done the job of being the best mother she could be. Today, I say with tremendous certainty, and gratitude, she absolutely did.

Donnie also shared that his mother suffered from dementia and had not been doing well over the past few years. In 2020, Donnie revealed the news about his mother's health on Instagram. Posting a picture of his mom hugging him, Donnie wrote during a visit "she didn’t remember much, and was often confused" but added, "she was still Alma."