People in the city of Greater Sudbury are discussing how to honor the legacy of the late TV icon. 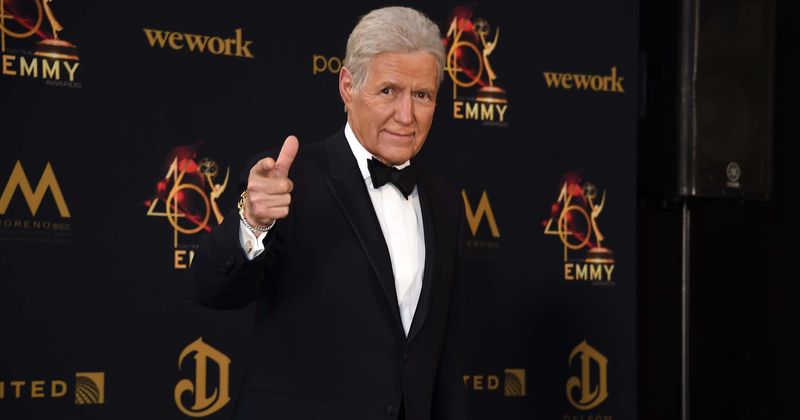 Canadian icon Alex Trebek, loved by Americans and others around the world too as he hosted Jeopardy! for almost four decades, will be fondly remembered in his hometown. The city where he was born and raised, Greater Sudbury in Canada, is paying tribute to the TV icon, who recently died from cancer, by flying flags outside its City Hall at half-staff. A virtual condolences book is also being created where residents can leave notes for the Trebek family. Brian Bigger, Mayor of Greater Sudbury, told TMZ that he will be bringing more ideas to the next city council meeting. There are proposals on social media that include some type of public work of art (perhaps a statue or mural) or maybe linking Trebek to Sudbury's public library, set to be built over the next few years. The late game-show host is a national treasure, having been honored with a key to the city of Ottawa in 2016. He also received the Order of Canada, the country's highest civilian honor, in 2017. It's no surprise people want to pay their respects in the best way to honor his legacy.

How about all three and throw a parade in there?

Prime Minister Justin Trudeau, also issued a statement following Trebek's death. He said, “Today, we lost a proud Canadian and beloved TV star who was a familiar face to millions of people across North America and around the world. For many of us, Alex Trebek was a daily part of our lives. As the host of Jeopardy! for almost four decades, he hosted more episodes of a single television game show than anyone else in history. We looked forward to his quick wit and wry jokes – and the questions about Canada he’d sneak into the show. Alex never hesitated to promote Canada on prime time TV, and to take the opportunity to stump even the brightest contestants with questions about Canadian culture, history, and geography. We will also never forget the night Alex showed up without his trademark moustache. For every memorable moment on the show, millions more were made in living rooms around the world, as friends and families huddled around the TV, shouting at the screen, looking for the Daily Double. Alex was honoured with awards throughout his career, from Daytime Emmys and a Canadian Academy Icon Award to stars on Canada’s Walk of Fame and the Hollywood Walk of Fame. He was also named an Officer of the Order of Canada for his dedication to educational, environmental, and humanitarian causes. Alex also served as Honorary President of the Royal Canadian Geographical Society. On behalf of all Canadians, Sophie and I offer our deepest condolences to Alex’s family, friends, and his many, many fans.”

As we previously reported, Alex Trebek was 80 years old when he died after being diagnosed with cancer. Trebek, who hosted the popular game show for 35 years, had announced he was diagnosed with stage four pancreatic cancer in March 2019. Trebek continued working on Jeopardy! after the diagnosis, where he had also called on his fans to pray for him. "With the love and support of my family and friends, and with the help of your prayers also, I plan to beat the low survival rate statistics for this disease,” said Trebek. The game show host did not only win over people's hearts, but he also proved to be incredibly talented, bagging Daytime Emmy nominations for Outstanding Game Show Host 7 times. He was also awarded the Daytime Emmys’ Lifetime Achievement Award in 2011.

In an interview with Good Morning America, Trebek shared how grateful he was for the love not just from friends and family, but also fans during his difficult days "They are the most important elements in my life outside of my family and friends," he said. "Because they have expressed their feelings about me in so many positive ways that I can't help but be touched by what they have to say and by what I mean to them. It's humbling," he added. "It's nice to be humbled." Trebek was renowned for his wit and funny bone began his hosting career as a young man in the 1960s in Canada. Sure enough, he won many hearts over the decades. A contestant once wrote: "We love you Alex" as his final answer on the show after the host's diagnosis. The answer left the contestant with only $5 but it didn't matter. It was worth it as Trebek teared up over the kind message, reports The New York Post.

Gets me every time.

Alex Trebek Chokes Up On Jeopardy! Over Contestant’s Sweet Message of Su... https://t.co/9CdSVnxmxj via @YouTube