Billy Brown grew up in Texas and moved to Alaska after meeting his wife Ami. The pair raised 7 children in the wilderness. 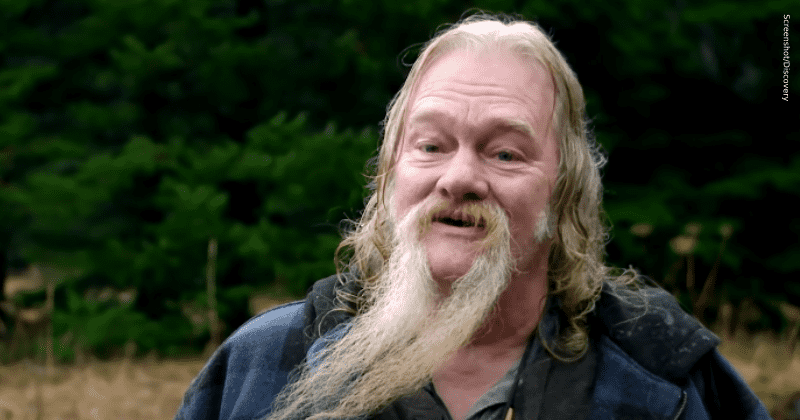 Billy Brown, the patriarch of Alaskan Bush People, has died at the age of 68. He died on Sunday following a seizure. His family and his representative confirmed the 68-year-old's death. His son, Bear, said the family is "heartbroken to announce that our beloved patriarch Billy Brown passed away last night after suffering from a seizure." Billy Brown starred in the hit series Alaskan Bush People. "He was our best friend, a wonderful and loving dad, granddad, and husband and he will be dearly missed. He lived his life on his terms, off the grid, and off the land and taught us to live like that as well," added Bear, reported TMZ.

We are devastated to hear of Billy Brown’s sudden passing.

He has been part of the @Discovery family for years - a trailblazer, a lovely man, and most definitely one of a kind. Our heart is with his family and those that knew him as they deal with this devastating loss. pic.twitter.com/23Kaz67ekz

Billy grew up in Texas and lost his mother, father, and sister to a plane crash when he was just 16. He moved to Alaska after meeting his wife Ami, in Texas. The pair went on to have five sons and two daughters. The 68-year-old was an avid hunter and a commercial fisherman in the North Pacific. After meeting his wife, Ami, in Texas, they decided to move to Alaska where they raised their family of 5 sons and 2 daughters. The Brown family moved to Washington in 2017 so Ami, 57, could receive treatment after being diagnosed with lung cancer. "I had some pain in my back," said Ami at the time, reported PEOPLE.

"Walking from the house to the garden, I would get winded. There were days I was just bedridden, but I just thought it was my arthritis. We were filming the show and at times it was all I could do to just stand there — I was in so much pain." In 2018, Ami was told that she was cancer-free. The couple has moved to a 435-acre property in the North Cascade Mountains. "As long as Ami and my family are beside me, I'll ride the wind of adventure to the end," said Billy Brown once.

"We are devastated to hear of Billy Brown’s sudden passing. He has been part of the Discovery family for years  — a trailblazer, a lovely man, and most definitely one of a kind," said a spokesperson for Discovery in a statement, reported Fox News. "Our heart is with his family and those that knew him and loved him as they deal with this devastating loss." Billy Borwn featured as the patriarch of the 'self-sufficient live-off-the-land family' for eight seasons of the Alaskan Bush People. The series centered around the family being removed from civilization and often going months at a time without seeing people outside their family. The family referred to themselves as a “wolf pack” for their ability to stick together and survive the wild. The family has been living in the Copper River Valley for more than 30 years, where temperatures have dropped as low as 60 degrees below zero. They came under controversy after their earlier home was seized and razed to the ground for being in the wrong location on public land.

The series tagline reads: Alaskan Bush People follows a journey deep into Alaska’s bush, where naturalist and adventurer Billy Brown, along with his wife, Ami, and their seven children, chooses to live life on his own terms, connected to wild nature and bonded to each other. The series was launched in 2014 and wrapped up its 12th and final season on October 29.