Adele Says She's "Thirty Free" As She Celebrates Her 33rd Birthday, Shares Rare Photos Of Herself

The British songstress put up three never-before-seen snaps on Instagram, and thrilled fans 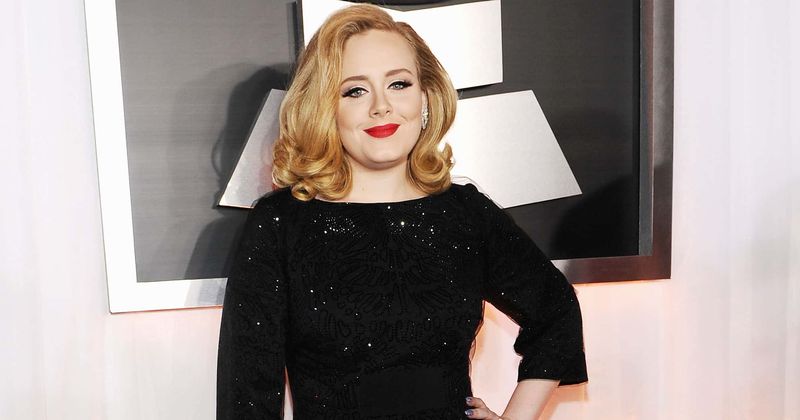 British singing sensation Adele recently celebrated her 33rd birthday, and in honor of the special day, shared three never-before-seen pictures of herself for her fans on Instagram. "Thirty Free," she cheekily captioned the series of snaps. The first image is black and white and features Adele looking au natural sans make-up and fresh-faced. A tattoo of a planet is also visible on her forearm. In the second, it looks like a holiday picture with her head tilted back, rocking a brightly colored long-sleeved swimsuit. As for the last picture, she twirls around in a long black and plum-colored tie-dye dress.

According to ET Online, the singer's friend Laura Dockrill shared a throwback photo of the singer dressed as late singer George Michael in honor of her birthday. Dockrill wrote: Make sure you BFF with someone that also goes to fancy dress parties not dressed as a sexy cat. Fulfil the brief. Nail the assignment. (Flat shoes for life) I love you so much @adele happy birthday

As for her music, fans are eagerly awaiting Adele's next album. According to PEOPLE, the "Hello" singer has been teasing her fourth studio album over the last few years. And it may just release sooner than we think. Earlier this year Adele's friend Alan Carr told RuPaul's Drag Race U.K. judge Michelle Visage for Grazia UK that he had "heard some tracks on it" and that "it's so amazing." Carr's wedding in 2018 was officiated by Adele, so it looks like the pair is super tight.  "I said to her, 'That voice is like an old friend,' " Carr said. "Because there are some people in the charts who sound a bit like Adele and you go, 'Oh, they sound Adele'' and then when you hear Adele's voice again, you go, 'Oh no, there's only one. There's only one Adele.'" When asked if Adele's voice had "gone skinny," making a reference to her weight loss, Carr said, "No, no, no. She's still got a chunky, but funky voice. Don't worry."

Adele's weight loss has also been a topic that's caught a lot of attention the last few years.  For her 32nd birthday, the musician posted a stunning picture of her trim figure. At the time many speculated whether Adele's makeover was part of her "revenge body" after splitting with husband Simon Konecki, 47. Adele first announced their split in April 2019 after being together for seven years. "Adele and her partner have separated," her representatives said in a statement to the Associated Press at the time. "They are committed to raising their son together lovingly. As always they ask for privacy. There will be no further comment." Their divorce was finalized two years later in 2021 and the pair will share joint legal and physical custody of 8-year-old son Angelo and neither party will pay spousal support, as per documents obtained by PEOPLE stated.

Adele has reached a divorce settlement with her ex-husband Simon Konecki nearly two years after they separated https://t.co/YFfuQjPcSw

Revenge body or not, it appears the "Chasing Pavements" singer wanted to make her health top priority. She dropped about 20 pounds thanks to a regime involving a mix of cardio, circuit training, and Pilates. A source told Us Weekly, "She really wants to be healthy and set a good example for her son. She’s more focused on feeling good and the health benefits than the weight loss." The "When We Were Young" songstress "never cared about or liked working out" before starting her new regimen, according to a source. But it looks like the Grammy winner's priorities have changed and she's focussing on self-care and being a good role model for her son.

#Adele broke her months-long social media hiatus to declare she is 'free' as she celebrates her 33rd birthday!🎉💕😍 https://t.co/ENH0XZZuB5

Last year, rumors of Adele dating rapper Skepta, 38, did the rounds. At the time, a source told PEOPLE  "things have been heating up. They run in the same circles in London, and she's having fun." The two share a strong connection over music and have been friends for years. Both love being parents to young children, according to sources.

"Adele texts me all the time and keeps me in check," Skepta — who has a 2-year-old daughter, River, from a previous relationship — said in a 2016 interview with the Evening Standard. "She speaks to me about how things are going." But they might just be friends after all. She put those rumors to rest saying that she isn't in a relationship as she referred to herself as "(single) cat lady", according to HELLO!.

Remember when everyone was saying Adele was dating Skepta? Yeah... About that... 👀 https://t.co/beNcN4K5w7