Sandler recently went back to his roots, releasing a comedy-special with streaming giant Netflix. 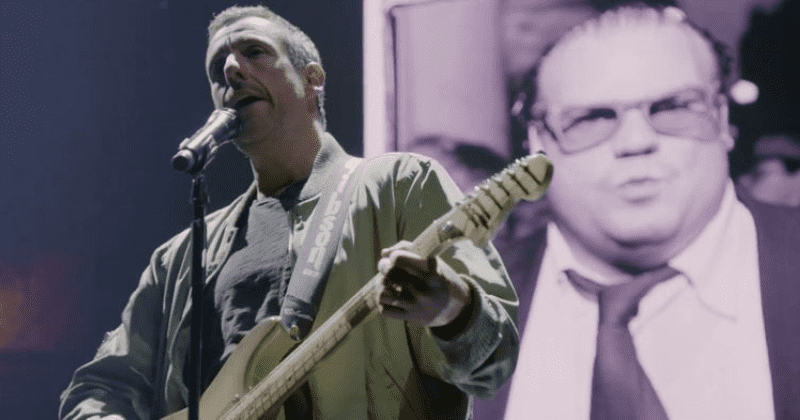 It's been over 23 years since Chris Farley passed away yet the comedian, who was once a huge part of pop-culture in the '90s, is still remembered fondly for his larger-than-life personality and comedic timing. Of the things we remember about him, the movies and series he was part of, stand out, and lest we forget his stint on Saturday Night Live. During his time there, Farley worked closely with Hollywood actor Adam Sandler and the two became great friends. Although Sandler went on to became a major box office star with a stellar career, recently he went back to his roots via a stand-up special with streaming giant Netflix, reports Throwbacks.

In his special 100% Fresh, Sandler made us all laugh with this typical wit, and at one point he took a few minutes to pay a special tribute to his old friend in what was a truly emotional display. As most were expecting a laugh riot, the bit came as a knockout blow when Sandler pulled out his guitar and placed a song and dedicated it to years he and Farley spent working together. In true Sandler fashion, the song talked about all the goofy shenanigans the duo were up to but touched a chord enough for us to rear up as the rendition took upon a short and memorable trip through their whole relationship, right from the start.

"The first time I saw him
He was sweeter than sh*t
Plaid jacket and belt too tight
He wasn't even doing a bit.
Then he cartwheels around the room
And slow-danced with the cleaning lady
He was a one-man party
You know I'm talking about,
I'm talking about My friend Chris Farley."

The entire crowd burst into applause at the mention of Farley's name which goes to show the comedian certainly left an indelible mark on most of our lives. Sandler then went on to talk about the many roles his buddy had embarked on including "the Bumblebee Girl or livin' in a van down by a river."
He hints in the song that they knew Farley had a problem, but apparently, he wasn't willing to stop.

"We'd tell him, 'Slow down
You'll end up like Belushi and Candy'
He said 'Those guys are my heroes
That's all fine and dandy'
I ain't makin' that sh*t up
That's the truth about my boy Chris Farley."

The Uncut Gems actor even talked about the last big party they attended together, which so happened to be the wedding of their friend Tim Meadows, soon after which Farley passed away.

"But a few months later
The party came to an end
We flew out to Madison
To bury our friend.
Nothing was harder than saying goodbye
Except watching Chris's father
Have his turn to cry."

Despite being gone for over two decades, Sandler said, Farley is continuing to bring joy to everyone, and most importantly, his own children. Towards the end of the song, he explained that Farley is a legend "like [he wanted]" and that he hoped his friend was still around throwing around his jokes and hopefully have been a part of Grownups 3. When he was done with the song, the audience gave him a rightful ovation for a heartfelt tribute that was equal parts funny and sentimental to create a moment that many would remember for years to come.