The bird is native to the Artic tundra and migrates southwards in the winter. 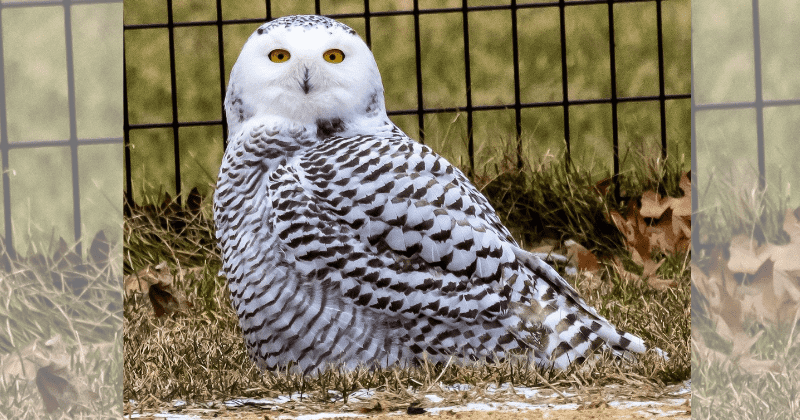 The last time a Snowy Owl graced Central Park in New York City was around 130 years ago. On Wednesday, people once again got a glimpse of this extremely rare and elusive bird that usually migrates south from the Arctic. Understandably, there was a flutter of activity among the birding community and the regulars at the park once news of the rare sighting became public. According to The New York Times, the first person to put out word of the bird was a man named David Barrett, a retired hedge-fund manager through the Twitter handle, The Manhattan Bird Alert. In a post on Wednesday. He wrote: A SNOWY OWL, a mega-rarity for Central Park, is now in the middle of the North Meadow ballfields. The official Facebook handle for the park also posted a picture of the bird along with this message sometime later: Wow! A magnificent snowy owl is in NYC! ⁣⁣

Snowy owl spotted in Central Park for the first time in more than a century, experts say https://t.co/o3tQWyDJ3z

The post added: Central Park welcomes hundreds of bird species each year, and today our birding community spotted a real treat at North Meadow ballfield—this beautiful snowy owl. ⁣⁣⁣⁣It seems people started to flock to the location given by Barrett causing a sort of commotion. Barrett put out another tweet later, highlighting that authorities were already on their way to control the crowd. He wrote: Central Park's Urban Park Rangers are on the scene now to make sure the crowd stays respectful and to educate people about this wondrous visitor from the north! But not just the stream of people, the owl also got the attention of other birds, crows in particular. Many of them tried to harass the owl and drive it out. Twitter user Eashwar Suresh shared more details about the owl.

Oh, hello! The SNOWY OWL is still on the west side of the Central Park North Meadow near 98th Street. pic.twitter.com/9uhW1cTeDC

He wrote: Eventful day in Central Park with the arrival of a Snowy Owl! The crows kept a wary eye on the owl. So did a Cooper's Hawk which did several swoops over the owl and tried to ruffle it's feathers. But the owl stood it's ground. Online, many shared their excitement at the rare sighting. One Twitter user wrote: We returned from an unsuccessful trip to Riverdale to see an owl and found out a SNOWY OWL had been in Central Park all day!!! Got there late afternoon and was thrilled to share the excitement with fellow birders!! Stayed until frostbite and darkness set in. Thrilling!!! #birdcp.

Among the crowd were even supporters of Anthony Yang who stood with placards in support of Yang for Mayor. It stated: The Yang Gang has shown up at the Central Park snowy owl party. (Pics by @CaitDorman). Dan Tainow, a Parks Department ranger, said, “We had to correct one drone condition. Someone was trying to get that overhead photo. The owl was aware of it. It was stressing it out.” The drone was about 50 feet overhead of the owl. The first time a Snowy Owl was in Central Park was in the winter of 1890. These birds are originally from the Arctic tundra. According to Judy Lehmberg, a wildlife photographer, the owl's migration is not completely understood. In her CBS piece, she said, "They nest on the Arctic tundra in the summer and some migrate south in the winter."

RARE SIGHTING: Birdwatchers flocked to catch a glimpse Wednesday as a snowy owl was spotted in New York’s Central Park for the first time since 1890.

Snowy owls are native to the Arctic tundra and migrate south during the winter.pic.twitter.com/VibKMfyp0L

She added, "For no known reason some snowy owls actually move further north in the winter, out to the Arctic Sea ice, where they must hunt in mostly total darkness. Occasionally they move further south during what is termed irruptions. Minor irruptions occur every few years, but infrequently a major irruption occurs. Then, the owls move even further south in even greater numbers, into northern Florida and, at least once, to northern Texas."