trending celebrity people lifestyle news animals
Michigan Woman Receives A Postcard That Was Sent 100 Years Ago, Way Back In 1920

Michigan Woman Receives A Postcard That Was Sent 100 Years Ago, Way Back In 1920 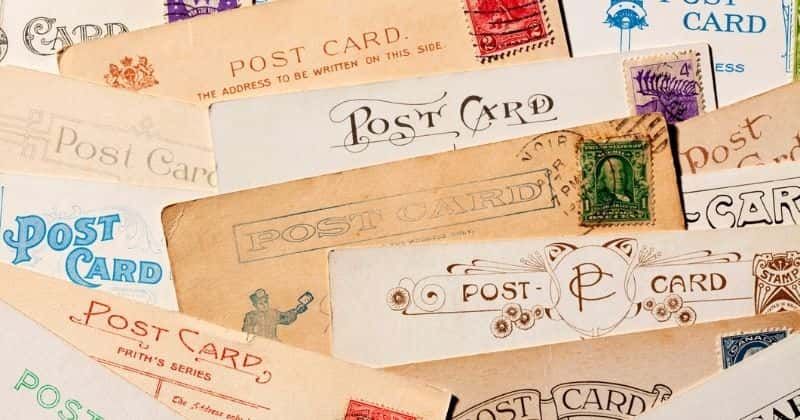 A woman in Michigan got the surprise of her life when she discovered something truly remarkable in her mailbox. Brittany Keech was just checking her regular bills and junk mail when she found a postcard that had been sent for delivery almost a 100 years ago. CNN reports that Keech spoke to the outlet and said that she didn't give the card much thouhgt at first. It was a typical day in her life and she was busy with her children and the daily hustle and bustle. One could easily go through a simple postcard with relative ease but it was the date that caught her attention. "I thought it was very peculiar that I was receiving a postcard because nobody sends postcards anymore nowadays," Keech said. "I went 'OK, this is different.'"

When Brittany Keech checked her mailbox one morning, it was flooded with the usual junk. But atop the pile of flyers and bills sat something that caught her eye: a tattered postcard — dated Oct. 29, 1920. My latest piece for @washingtonpost https://t.co/hGnoOJm9Zu

In a most extraodinary of events, the card was postmarked October 20, 1920. The postcard had her Belding, Michigan address written on it but was actually sent to someone named Roy McQueen. The card reads: "Dear Cousins, Hope this will find you all well. We are quite well but mother has awful lame knees. It is awful cold here. I just finished my history lesson and am going to bed pretty soon. My father is shaving and my mother is telling me your address. I will have to close for a night. Hope grandma and grandpa are well. Don't forget to write us - Roy get his pants fixed yet."

The card was signed and most likely sent by a Flossie Burgess whose identity still remains relatively obscure pertaining to state records. Since the card was sent around Halloween, it had a theme to it as well as a black cat holding a broom, a bat, a goose, and an own. There is also the illustration of a woman with a cane and a jack o'-lantern in a witch's hat. So you can only imagine the surprise that 30-year-old Keech had when she received this. She told the outlet that she had no clue why the card was delayed for this long. After all, it was mailed decades before she was born. "It was sitting right on top of the mail," Keech said. "I start looking at it and I’m like, 'ok it’s been through some wear and tear,'" she said. "It shows a witch with a cat and and a goose and an owl and says, 'Halloween greetings. Which would you rather be? A goose or a pumpkin head?'"  she added.

Back in the day people sent postcards that said, "I'm on a ship. I shall arrive in New York City on 23 September. Meet me at the Waldorf Astoria at 3 o'clock in the afternoon" and that's exactly what would happen. Can u imagine?

Keech went on to share pictures of the postcard on social media hoping to find the indivudal it was addressed to, or at this point, their descendants. "I have two wonderful ladies that are helping me look into their genealogy," she said.  A spokesperson for the Postal Service told CNN affiliate WXMI that "in most cases these incidents do not involve mail that had been lost in our network and later found. What we typically find is that old letters and postcards -- sometimes purchased at flea markets, antique shops and even online -- are re-entered into our system. The end result is what we do best -- as long as there is a deliverable address and postage, the card or letter gets delivered."

It’s a Halloween postcard from around 1920? Even worn and used these are pretty rare and some are super valuable. Maybe check it out on eBay before trying to find the owner. In fact here’s the same postcard on Etsy for $30! 😂 pic.twitter.com/sBOAboqX1i

The comment section of her social media post was filled with people uploading old documents that may help solve this mystery. It's also likely that the postal service and other authorities are notified of this in case of any issues. Keech said that she would like to return this card to a family member of McQueen or maybe try to get in touch with someone who knows a relative of Burgess.