98-Year-Old Mother Moves Into Care Home To Look After Her 80-Year-Old Son: 'Never Stop Being A Mum'

Ada Keating and her 80-year-old son are inseparable at the care home in Liverpool, UK. 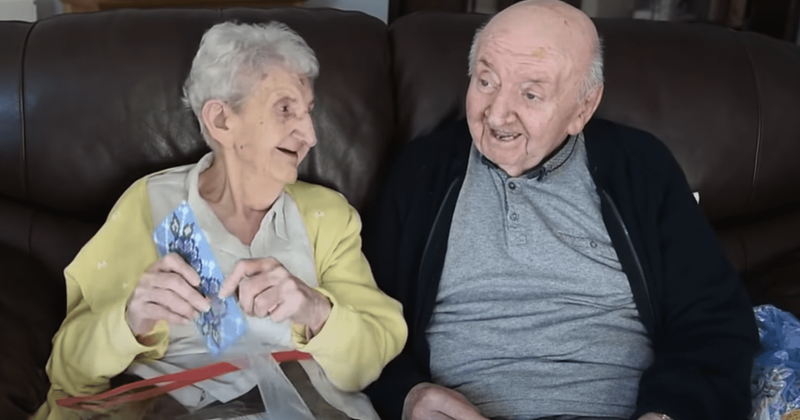 Once a mother, your children can never be too old to be looked after by you. Ada Keating, who is 98 years old, moved into the same care home as her 80-year-old son, Tom, because he needed more support. Tom never married and has always lived with his mother. But in 2016, he moved to the Moss View care home in Liverpool, England. Tom is the eldest of Ada's three children. Her other two are girls—Barbara and Margi. They had another sibling but she died when she was just 13 years old. Since being in the care home, the mother and son have been inseparable. Ada sometimes even scolds Tom as if he were a little kid. “She’s very good at looking after me. Sometimes she’ll say ‘Behave yourself!’” said Tom, according to Liverpool Echo.

Talking about the close bond they share despite the many years, Ada said, "I say goodnight to Tom in his room every night and I’ll go and say good morning to him. I’ll tell him I’m coming down for breakfast. When I go out to the hairdressers he’ll look for me to see when I’m coming back. When I get back he’ll come to me with his arms outstretched and give me a big hug. You never stop being a mum!” Tom worked as a painter and decorator before he retired, while Ada was an auxiliary nurse. Tom said, “They’re very good here and I’m happy to see my mum more now she lives here." While the two look after each other, other family members visit them often. Debi Higham, Ada's granddaughter, as well as other family members said that Ada and her son were extremely happy to be near one another.

Bless them both. A mother always a mother.

Debi said, “There’s no parting them! It’s reassuring for us that they’re both getting looked after 24/7.” Not just family members, even staff at the home are overjoyed about the mother and son. Philip Daniels, the care home's manager said, “It’s very touching to see the close relationship both Tom and Ada share and we are so pleased we were able to accommodate both of their needs. It’s very rare to see mothers and their children together in the same care home and we certainly want to make their time together as special as possible. They are inseparable.” There were some very loving reactions to the two. Enriqueta Gan Byars wrote on Facebook: How sweet mother and son are together with the love of the mother so wonderful.

Maria Lucio wrote: Goes to show no matter how old your kids are in a mamas eyes their your babies. How sweet and bless them both. Others, like Leslie Ramee, wrote about their own experiences with their mothers: My mother has been gone for 10 years. There is not a day that I am not reminded of her. She was the strongest woman I ever knew. She still gives me strength and love by the things that she taught me. One only accepts that their loved one gone, you never get over it. I am one. I find comfort that she is at peace. I love you Mom!!  Lorraine Johnson stated: Aww. How sweet is that.  . This story is. Sooo. True. !!! I too would take. Care. My. Son. What ever is. Age would. Be. !!!!! She s right. A. Mom never. Stops. Loving. Her.

Holly Louise Martin, a care home worker herself, gave an inside perspective: This is so sweet. I’ve worked in care homes and I always found it difficult when my residents didn’t have anyone coming into see them. They literally had the Carers. They have each other that is just beautiful.