Precious 10 minutes were wasted that could have saved 40-year-old mom Cathryn McClelland's life, a lawsuit suing the city administration of Kansas for the death stated. 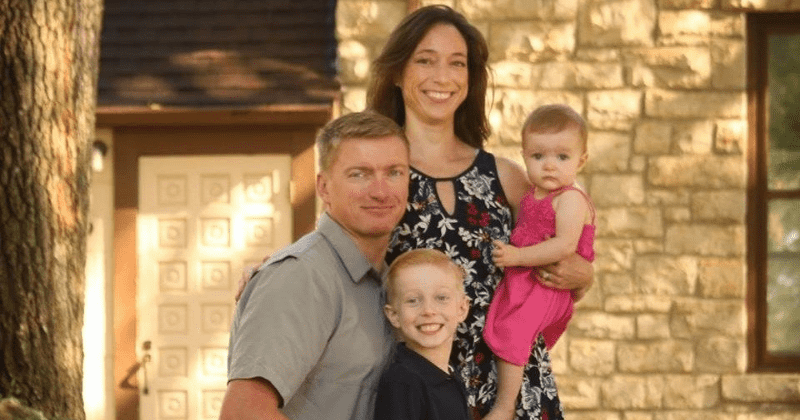 A widower in Kansas City is suing the city, the police, and the fire department for the death of his wife. Their 8-year-old son had called for help after his mom had collapsed at home one day in July last year. But 911 dispatchers didn't believe the boy, leading to the loss of precious time. The woman later died at a hospital. The boy, his toddler sister, and their 40-year-old mom Cathryn McClelland were the only ones at home that day. McClelland, who was a nurse, had been feeling unwell since morning but did not want to alarm her children by calling for an ambulance at home. She decided to drive herself to a hospital and had even spoken to her sister to meet her there. But before she could go, she collapsed and went unconscious. Alarmed, the boy had to calm his sister while calling for help at the same time.

A family in Prairie Village says 911 failed them. They're now suing Kansas City and the fire and police departments for what they call a "horribly mishandled" call for help. @angiericono reports https://t.co/TEp2oeuWaP

The lawsuit has alleged that while the boy gave the right address within one minute and 11 seconds, the dispatchers didn't believe him, according to KCTV5. They instead asked him to go and find a mail from outside the house for the address. While he did give an incorrect address at one point during the interaction, he quickly rectified the error. But the lawsuit alleged the dispatchers didn't send the ambulance in the general direction and that dispatchers had trouble contacting the emergency response team. In all of this, 10 precious and life-saving minutes were lost. When the first responders reached McClelland's home, her body was still warm. A GoFundMe page started for McClelland's husband, Frank, revealed that she was transported to AdventHealth Shawnee Mission after CPR was initiated.

Mother, 40, died ‘because 911 dispatcher didn’t believe her young son when he called begging for help’ https://t.co/KVCwGBPDWK

"Tragically, despite every effort made and compassionate care, on Monday, July 22nd Cathy passed from sudden cardiac arrest with unknown cause.  She was surrounded by immediate and extended family, many, many friends, and loved ones," the page read further. An obituary revealed McClelland had pledged her organs for donation after her death. "Helping others was who Cathy was in life and in death. She was a registered organ donor and upon her death, she was able to give at least six people the gift of a longer and better quality of life. She is our true hero," it read. McClelland worked as a nurse in the post-surgical units at Stormont-Vail and Lawrence Memorial Hospitals, both in Kansas.

She also taught briefly at the former. At the time of her death, she was employed as a nurse by Children's Mercy Hospital in their Ortho Outpatient Clinic. Before becoming a nurse, she spent 10 years in human resources. The fundraiser page highlighted that McClelland and Frank were married for 12 years. Their 8-year-old son is named Joel and his sister, Amelia. "Cathy was young, beautiful, and full of energy...Her family meant the world to her, and she was a kind, patient, and loving wife and mom. She is deeply loved by her mom, her two sisters, and her brother, along with their families.  The hole in their hearts can never be filled, and we know time will ease the pain, but she will never be forgotten," the page read.

She was also loved at her work. "Cathy always opened her heart to her friends, coworkers, and family in the most generous and sincere way.  She had a smile and a laugh that lit up the whole room," the page added.  As of Wednesday, the fundraiser has exceeded its goal of $10,000 having collected $13,045 with the help of 137 donors. This will go to help Frank and his family with "immediate living and funeral expenses, as he had to terminate employment to be there for his family.  Frank's job had him traveling to different states and gone during the week.  He will not be able to return to this job at a later date, as he will be the sole primary parent of Joel and Amelia."