trending celebrity people lifestyle news animals
Brave Boy, 9, "Took Bullets" For His Mother And Died In Her Arms Protecting Her From Shooter

Brave Boy, 9, "Took Bullets" For His Mother And Died In Her Arms Protecting Her From Shooter

The shooter was also injured during an intense gun battle with officers. He will be charged with murder at a later date, as he was unconscious during his arraignment 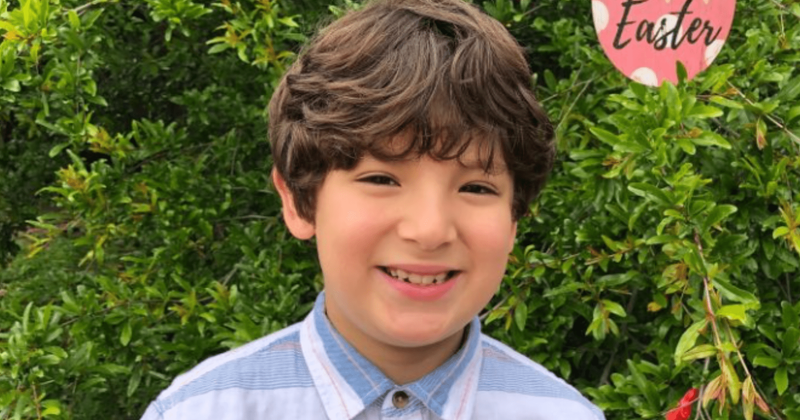 A heroic nine-year-old boy "took the bullets" during a mass shooting in California and saved his mom's life. Mathew Farias, an elementary school kid, was the youngest of four people who were killed during a shooting in a Los Angeles suburb last Wednesday. He died in the arms of his mother, Blanca Tamayo, who herself was critically wounded. "My angel, he saved his mom from dying," Rafael "Ralphie" Farias, the boy's distraught father told USA Today. "He took the bullets for her," he said. Tamayo was the only surviving member of the attack which took place in mobile-home broker Unified Homes in Orange. Police haven't yet found a motive behind the incident and the family members have said they had no connection to the suspect.

My sweet nephew Matthew Jordan Farias passed away in the shooting in Orange, CA. Any support or prayer is much appreciated https://t.co/wiLXkrVBi1

"I’m so shocked. I’ve never met this person," a tearful Farias said. Calling the suspect an "animal", he stated: "Innocent people did not deserve to die. I’m here with my pain … He was my only son, my life." The other victims of the brutal attack include Luis Tovar, 50, the owner of Unified Homes, his daughter Genevieve Raygoza, 28, and Leticia Solis Guzman, a 58-year-old longtime employee. The place was allegedly shot by Aminadab Gaxiola Gonzales, 44, who was wounded during a gun battle with the police. Video footage revealed that the offices managed to incapacitate him and drag him out of the building.

The shooter faces murder and attempted murder charges at a later date as he was unconscious for the entire duration of his arraignment and was unable to speak after the shooting. Aleyda Mendoza, the suspect's estranged wife, said her "heart is crushed" at his alleged involvement in the mindless shooting. In a series of text messages to USA Today, she explained. "I don’t have the words to describe the pain and horror that this tragedy has caused me. I keep closing my eyes and praying to God this is all just a bad dream and I’ll wake up soon." Mendoza also revealed that she had not been in contact with Gonzales since they separated two years ago.

We are the only high income country where “getting back to normal” after a pandemic means shootings resume in places where people should be safe.

"It hurts me even more knowing my ex-husband was capable of doing such a horrible thing," she continued. "He left behind a sea of pain and grief for so many families who can’t find comfort." According to PEOPLE, a GoFundMe page has since been set up to help with the little boy's funeral expenses. At the time of writing the story, the fundraiser has received close to $45,000 in donations with as many as 1,200 people donating. Another fundraiser opened by Thalia Tovar the daughter of Luis Tovar and the sister of Genevieve has raised over $58k of the $100k target.

DEVELOPING: Total of 6 shot in Orange California. Of those, at least 4 dead (1 child) at scene and 2 transported to local hospital(s). OIS w/ no officers hurt. 3rd mass shooting in the last 2 weeks following Boulder, Colorado & Atlanta Metro area per officials.

"We are still in shock and trying to fathom and grasp our heads around this tragic event.  Please keep all of us affected in your prayers, including our loved one who is still fighting for her life in critical condition," she wrote. "We are so deeply saddened by the loss of our father, sister, and close family friends. We can use any and all support during this time." She added that her sister was an "amazing mother, wife, sister, daughter, aunt, and loving friend."

She has left behind two boys who will now be cared for by their father Armando Taygoza. "She had a smile that could light up any room and a caring nature of putting other’s needs before hers. Although her life ended prematurely, she made a huge impact in the lives of those who were fortunate to call her a loved one or a friend," the grief-stricken sister added.

Dropped by to thank the officers who were on the scene last night during the mass shooting in Orange.

California’s hearts are with all those that were impacted by this terrible tragedy. pic.twitter.com/r5bhYUp1S4

The California incident was the third mass shooting in the US in as many as three weeks. Eight people, including six Asian women, were killed in shootings at spas near Atlanta, Georgia, and 10 were murdered at a supermarket in Boulder, Colorado.