Many of the Zoom call attendees called 911 immediately after the incident but were unable to pinpoint the location of the victim. 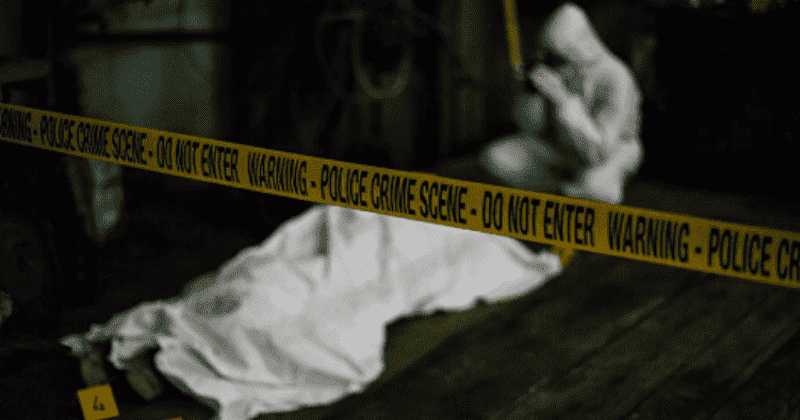 A 72-year-old man in New York was fatally stabbed by his son while he was attending an online meeting on Zoom with 20 other people, who witnessed the incident. He died from his injuries. The victim, identified as Dwight Powers, was at his home in Amityville in Long Island attending a meeting on Thursday around noon when his 32-year-old son named Thomas Scully-Powers came into the frame and fatally stabbed him, to the shock and horror of the other attendees. Many of them called 911 immediately but were unable to pinpoint the location, leading to precious minutes being wasted that could have helped save Powers as well as to nab his son for his crime. Deputies of Suffolk County Sheriff's Office reached Power's home and found him fatally wounded.

A man was fatally stabbed in front of virtual onlookers as he participated in a Zoom conference call Thursday afternoon, police on Long Island say. https://t.co/EopQu3bGxS

Powers was, unfortunately, not able to survive the ordeal. According to the New York Daily News, after being stabbed, the man's colleagues saw him fall off the chair he was sitting on and heard him heaving. “People thought he might have been attacked. They noted him fall off the screen and then they heard heavy breathing,” a police spokesperson said. Despite trying their best to help him by calling the police, none of them were sure where their heavily injured friend lived. After stabbing his father, Scully-Powers jumped out of the window from the second floor of the house and fled the scene but he did not go very far. About a mile away from his house, the man was apprehended by police at around 1 p.m. on the same day,  the police said. Scully-Powers was later taken to hospital to be treated for minor injuries he sustained after the jump from the window.

Such a sad, bizarre story: #DwightPowers #Amityville, #NY was stabbed to death while on a ⁦@zoom_us⁩ meeting of #AlcoholicsAnonymous with 20 other men on Thursday. Powers was allegedly slain by his son #ThomasScullyPowers.#SadDay#RecoveryPosse https://t.co/hqMOAuHZum

He has been charged with second-degree murder and the police have yet to ascertain the motive of the stabbing. Police are also in the process of getting a search warrant and are hopeful that the weapon used in the attack will also be found. According to News Day, Det. Lt. Kevin Beyrer, commanding officer of Suffolk's Homicide Squad, was at the scene of the crime and said, "We don't know what they witnessed. There were a number of people on this conference call. We think there were about 20 people," while adding, "We are looking into whether or not anyone did actually witness the attack." Beyer confirmed that multiple people who were on the video call with Powers called the police immediately after the incident. He, however, declined to give out the identities of the people for privacy reasons.

#LongIsland: Dwight Powers was on the video call when his son, Thomas Scully-Powers, stabbed him at about 12:04 p.m. in Amityville, police said. Several members of the video chat called 911 after the incident, police added.https://t.co/3Vh8WjnhGP

He added that Scully-Powers had been found and caught by officers near Ketcham Avenue and Cedar Street in Amityville. He also highlighted that there had been a delay of 15 to 20 minutes after Power's colleagues called since no one was sure where the stabbing took place. According to a report in The New York Times, many of Powers' colleagues said they saw him in the meeting but soon realized he was no longer onscreen, a Suffolk County police spokesman said. Some of the participants, however, did report witnessing some part of the attack. The same people gave the police a description of the son based on which he was caught. Following the incident, the entire area around the house was blocked off to traffic by police vehicles and caution tape marking it as a scene of a crime.

Thomas Scully-Powers, 32, fled out a window after attacking his 72-year-old father, Dwight Powers, around noon at their home near South Oaks Hospital in Amityville, Suffolk County police said. https://t.co/e7ARZagHqp

A query by the publication into the nature of the meeting with the company officials also went unanswered. A report in Daily Mail said that Powers had been attending a meeting of Alcoholics Anonymous at the time of the incident.