The girl's father was enraged at the inaction of the school in Pleasant, Michigan. The school is yet to hold the teacher accountable. 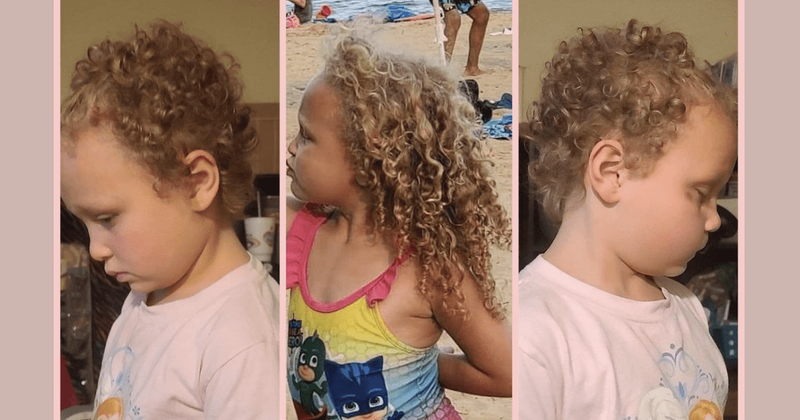 Trigger Warning: The story has details of child harassment that readers will find disturbing

A biracial school girl in Michigan was subjected to harassment not just by her schoolmate but also by the school staff. The 7-year-old girl's father was horrified when his daughter Jurnee's curly hair was cruelly cut by her classmates at the Ganiard Elementary School at Pleasant while they were on a school bus last month. But a few days later, he was shocked to find out that his girl's hair was once again cut, this time by the library teacher. When he took the matter to the school authorities, the response he got was less than satisfying. The first time it happened, he took his daughter to a salon and asked her to choose her new look. “I know how today’s society is. I wasn’t going to let my little girl go to school with half of her hair cut off,” said Jimmy Hoffmeyer, the girl's father told The Black Wall Times.

He complained to the school and asked that his daughter no longer be seated next to the child who cut her hair. Two days later, when his daughter came home crying, he was shaken. “I don’t think there are words to express how I felt in that moment. I asked if the girl on the bus had cut her hair again, and she said, ‘no. My library teacher cut my hair.’ I couldn’t believe it. I jumped in the car to go to the school but realized it was spring break. I couldn’t get ahold of anyone, so I called the cops,” Hoffmeyer shot a mail to Jurnee's teacher about filing a police report. He got a call back from the principal’s secretary who said she was in “utter disbelief” at the incident. She, however, said the principal would not be able to talk to him since it was spring break. He did eventually get a call back from the principal after the week's break.

But the call left Hoffmeyer even angrier. "She apologized and said she didn’t know why they would do that. I asked what was going to be done about it and she said they would probably get a mark in their progress folder or something. And that any further actions would need to go through the superintendent. So, I told her I want the superintendent to call me.” And it just got worse when Hoffmeyer was contacted by the superintendent. “It’s been insulting. The superintendent called and sounded very insincere and short. She asked if it would make us feel better if she had the teachers send ‘I’m sorry’ cards in the mail,” Hoffmeyer said. His plan was to take out his daughter from the school so she could be away from the school's staff who cut her hair.

hi! none of you are talking about the Jurnee Hoffmeyer assault and you really SHOULD be. a 7 year old biracial girl was assaulted and traumatized not once, but TWICE at school and nothing is happening. PLEASE SPEAK UP!!! #JusticeForJurnee pic.twitter.com/L3JF7nxvuM

"The principal tried to convince us to keep her in the school. She said Jurnee would be safe there and offered to follow her around to make sure nothing happened to her. How is the solution to punish my kid?” said the girl's father. So far, there has been no action against the concerned teacher. He has asked to review footage from the school but has not received any cooperation from the authorities. On the contrary, the school has tried to offer some bizarre explanation defending the action of their staff. A story in The Morning Sun quoted Hoffmeyer who said the school told him “the little girl stole the scissors off the teacher’s desk, and they were going to talk to the parents and deal with it accordingly.” Meanwhile, Hoffmeyer and his daughter have received help and support from other quarters.

Once Jurnee’s story reached us, we leaned in to help get #JusticeForJurnee. We are currently seeking a civil rights attorney for the Hoffmeyer family and have sent formal requests to the district for evidence from the incident. @TheBWSTimeshttps://t.co/phx0XFHIIE

The National Parents Union issued a recent statement, part of which read: “No child should have to experience this type of humiliating ordeal because of their hair texture, style, or type! The adults entrusted with her learning crossed the line, didn’t protect her, and had no desire to be accountable for their actions.” They are also looking for a civil rights attorney to fight Hoffmeyer's case. Meanwhile, the girl has switched schools. The hashtag #justiceforjurnee has also been trending for a while since the incident became public.