trending celebrity people lifestyle news animals
6-Yr-Old Dies After Clinging To Car As Mom Abandoned Him & Drove Away. She Then Threw His Body In Icy River

6-Yr-Old Dies After Clinging To Car As Mom Abandoned Him & Drove Away. She Then Threw His Body In Icy River

James Robert Hutchinson allegedly tried to get back inside the car but was dragged for a distance. 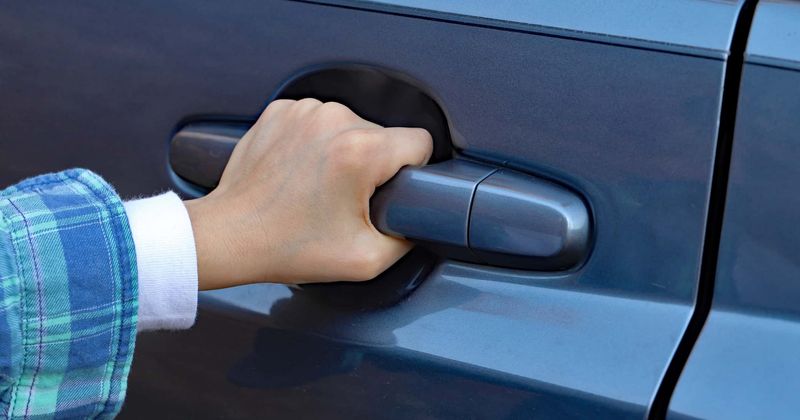 Trigger Warning: The post contains details of child abandonment and death that readers will find disturbing.

An Ohio woman has been accused of trying to abandon her 6-year-old son at a park, dragging him as he clung to the car as she drove away and later dumping his body in the Ohio River. Brittany Gosney was charged with murder, involuntary manslaughter, gross abuse of a corpse, tampering with evidence, and child endangerment, reports PEOPLE. She is now seeking an insanity defense, according to TV station WKRC.

A newly released police report lays out in detail the alleged chain of events that led to James Robert Hutchinson’s body being thrown in a freezing river last week https://t.co/6VC9SENQVw

"Defendant struggles to assist in her defense and counsel has serious concerns regarding defendant's mental health," her attorney stated. On Feb. 28, the 29-year-old mom from Middletown told police she was pressured to "get rid of" her kids by her boyfriend, 42-year-old James Hamilton, based on Preble County Sheriff's Office incident report obtained by the Journal-News, WKRC, and The Daily Beast. The Middletown Division of Police said in a statement that Gosney reported her son James Robert Hutchinson missing when they looked into the incident.

This case is so horrific, I don’t understand how anyone could do something like this.😞

Something felt amiss, according to Police Chief David Birk. The couple's stories just didn't add up and were incoherent, which led Birk to deduce that the case had “just red flags all over.” At a press conference called about the case, Birk added, "This has really touched my soul and my heart. My kids are older, but my youngest is 16, but I’m just sitting there, you know, the poor six-year-old has no idea what’s going on and what’s happening, and for the other kids to go through this too. It’s just heartbreaking.”

Yahoo News reports that an arrest report provided to The Daily Beast by the Middletown PD said that Gosney “admitted to taking her son, James Robert Hutchinson, to Rush Run Park in Preble County, where she placed him outside of her vehicle.” After forcing him out of the car, Gosney told Detective John Hoover that the boy “attempted to get back in the vehicle and she drove off at a high rate of speed, dragging the child for a distance. The defendant then left the park and returned approximately 30 to 40 minutes later finding the child in the middle of the parking lot with a head injury.” Gosney had two other kids in the car.

A Middletown woman is facing murder charges and her boyfriend accused of gross abuse of a corpse, hours after reporting her child disappeared. 29yo Brittany Gosney & 42yo James Hamilton say 6yo Robert Hutchinson was killed in Preble Co., and his body dumped in the Ohio River. pic.twitter.com/0MgWDW6UHD

"Brittany admitted she planned to get the kids out of the vehicle and leave them behind as Hamilton had been pressuring her to get rid of the kids," Preble County Capt. Andrew Blevins said in the incident report, the Journal-News reports. "Brittany then loaded the 2 live children and Hutchinson back into the vehicle and returned to her and Hamilton's residence." the PCSO incident report says, The Daily Beast reports. At about 3 a.m. on Feb. 28, the two drove from Middletown to Lawrenceburg, Indiana, and threw the boy's body into the Ohio River, say police, the Journal-News reports.

The child’s body has not yet been recovered. Gosney’s two other children, ages 9 and 7, have been placed in foster care, according to officials. James Hutchinson attended first grade at Rosa Parks Elementary School and in a letter to families of the children there Principal Tracy Neely wrote: We are all mourning the loss of our friend James today. James was a happy and joyful soul who loved school. On the days he was in class, he would give hugs to all his teachers as he walked into school. A fun memory I have is the way his face would light up when he won the lucky lunch tray! First graders can find the joy in just about anything. I will always remember his bright joy.

I’m sobbing after reading this. My God, James Robert Hutchinson was 6-years-old! I can’t imagine his fear and pain. So many questions on how this could have happened. It’s so obvious this “mom” should not have had custody of ANY of these kids. America is so broken.