trending celebrity people lifestyle news animals
40% Americans Have Family Heirlooms That Are Over 50 Years Old. Do You Have It Too?

40% Americans Have Family Heirlooms That Are Over 50 Years Old. Do You Have It Too?

Seven in 10 respondents shared they wanted to be just like their parents, with over half also hoping they could one day emulate their parents’ unconditional love. 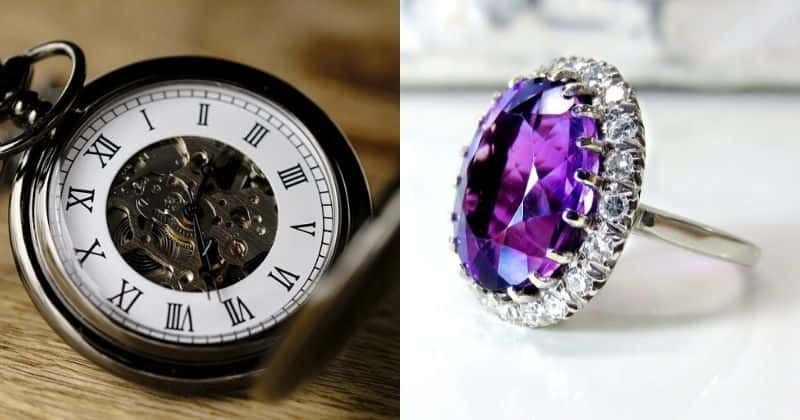 Family heirlooms are often treasured and are sometimes passed down from generation to generation. While not everyone takes them seriously, new research proves otherwise. The New York Post reports that 42 percent of Americans have at least an heirloom that's over 50 years old. 2,000 Americans were asked about their family history and their most valued possessions that were passed down. A whopping 75 percent of those surveyed said that they truly loved learning something new about their family's history while they were growing up. Furthermore, some of their most cherished childhood memories were to look through the old family photo albums. With that in mind, a solid 65 percent of the subjects cited that their family photos were their most cherished items.

This research was conducted by OnePoll on behalf of Shinola. The survey noted that nearly half of those polled cited that a family heirloom was one of their most prized possessions today. In terms of emotional inheritance, 7 in 10 respondents wanted to be more like their parents, with half hoping to emulate their unconditional love. Other traits that they hoped to have were kindness, patience, and intelligence. If we look at it on average, people in their early 20s ask about potential items that could be passed on to them someday. Besides engagement and wedding rings, a popular accessory that people (26 percent) hoped to get was a watch The passing of watches is another key function known within more traditional families, usually from father to son or grandparents to grandchildren. "Being given a family heirloom is so much more than just receiving a physical gift – it’s something that has lived a life already, and now it’s going to make more memories with a new owner," said Shannon Washburn, Shinola’s CEO.

What do you cherish the most? #MM #MondayMoodhttps://t.co/TDKL78nFw7

Shinola is a luxury design brand that craft products of different kinds—from timepieces and leather goods to jewelry and audio. Founded in 2011, their company operates an in-house watch and leather factory on the fifth floor of the historic Argonaut Building, where a team of artisans hand assembles luxury timepieces and crafts premium leather straps. "Getting dad’s old watch, or mom’s leather journal, for example—there are stories engrained in those goods that are special to that piece only. It’s like being handed a piece of your own family’s history that you’re lucky enough to carry on." Washburn added

The study went on to reveal that 25 percent of the respondents said that they hoped to inherit a wedding dress. There were other kinds of clothing that made it to the Top Ten list of keenly admired items, too. The participants explained that they would like to put in the same amount of effort and love into making or purchasing gifts for anyone, not just in the family. Up to 77 percent of the respondents said that it was quite important to them that they give a gift that would be around for years, potentially even turning into a family heirloom later in life. 87 percent of those surveyed agreed that the quality of a gift speaks louder than quantity. "Quality means everything when it comes to giving a gift you hope becomes a life-long possession or family heirloom," said Washburn. "At Shinola, that’s of utmost importance to us with everything we make, as we intend for our goods to be lived in, worn out, well-loved and passed down."