3-Year-Old Boy Shot Dead At His Own Birthday Party: "He Couldn't Even Say Mom And Dad"

The Miami-Dade Police department is looking for suspects and has sent out an appeal to the public for help. 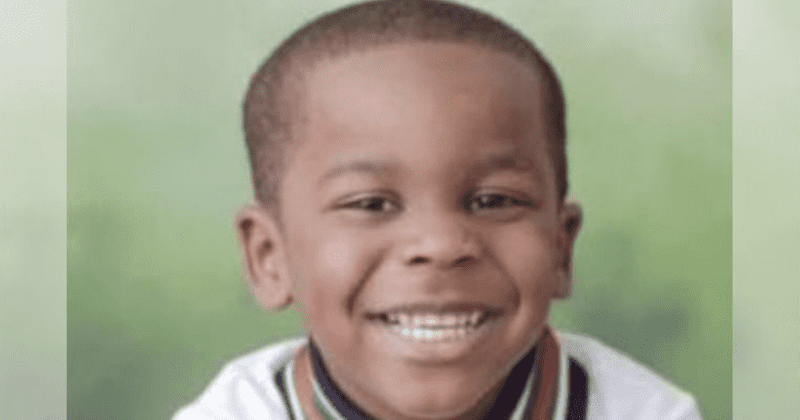 Trigger Warning: The story has details of gun violence that readers will find disturbing

A 3-year-old child in Miami was shot dead on his birthday by yet-to-be-identified shooters. The Miami-Dade Police department launched an investigation into the killing and asked the public for any leads. The shooting took place on N. Miami Avenue & NE 158 Street at around 8 p.m. on April 24. Elijah LaFrance was standing at the front door of his house while his parents were in the yard, said Detective Kevin Thewell in a video message. At that point, "unknown subjects armed with various semi-automatic weapons," including rifles, arrived on the scene and started shooting at the child's house, killing the child. Elijah's aunt found the child injured and attempted CPR on him before the cops arrived at the scene.

The child was transported to a hospital accompanied by his parents but unfortunately, he could not be saved. An inspection of the site of the shooting led police to discover 60 bullet casings, which Thewell described as "indispensable" and "careless", and called the shooters "cowards." The party was a gathering of close family members and friends. "I have 2 sons of my own. I can't imagine what parents are going through," said Thewell, while adding that his senior, Miami-Dade Police Director Alfredo Ramirez, had given him the authority to use the department's full resources to nab the culprits. Ramirez expressed his condolences to the family of the boy and said he was "devastated" and "disgusted" by the incident. At the same time, he assured them the subjects would be brought into custody.

A neighbor of the family told NBC an altercation had taken place outside the house. A birthday party for the boy was going on at that time. The person who lived right next door to the family said he heard some 20 to 30 shots—one of which struck his own car. The neighbor said his roommate even saw the shooter although the same was not available for comment. A report by CBS highlighted another person, a 21-year-old woman, was also shot. She is, however, in a stable condition after being taken to a hospital, and is expected to make a full recovery. The property where the birthday party was being held was an AirBnB accommodation which was booked for the party. “They killed him. Oh God, he is still on my mind. I was just playing with him," said Adrian Annestor, the boy’s uncle, who was at the party.

The reward has increased in the case of 3-year-old #ElijahLaFrance as police continue to search for the people responsible for opening fire at his birthday party, killing him and injuring a woman. @MiamiDadePD @CBS4Ted @MDPD_Director https://t.co/8GV6PqntRN

He added, “I wish it could have been me because I’ve lived long enough. He couldn’t even say mom and dad.” Zobop, a neighbor, expressed his grief at the child's death and said, “How you gonna go and you see a party with children inside and you open fire on them. You are nothing but a coward. You are a coward.” He apparently got out of the house just before the shooting. “I, soon as I walked outside, I saw this white truck driving by slow. I didn’t pay attention to it because it’s normal. My sister was outside with me and next thing we know, ‘bam, bam, bam.’ We heard the shots fired. A tree blocked my view but my neighbor across the street he saw everything, when a man pulled the machine gun and started shooting,” he said. Another neighbor who witnessed the shooting added, “Lots of fires. It sounded like a series of fire crackers. More than 30 rounds I heard."

This person, who did not want to be identified, added, "I saw a person running to a car and then a car took off high speed and two more cars followed all going east.” In another Facebook post, the department assured the public their investigators were "working around the clock" to solve the case. They've also handed community handing out flyers, asking for any possible leads. Anyone with information is urged to contact Miami-Dade & The Florida Keys Crime Stoppers at (305) 471-8477.