3-Year-Old Boy Dies After Being Given Anesthesia During Normal Dental Procedure. “His Heart Just Stopped Beating"

Abiel Valenzuela Zapata is believed to have died after having an unanticipated reaction to the medicine administered to him. 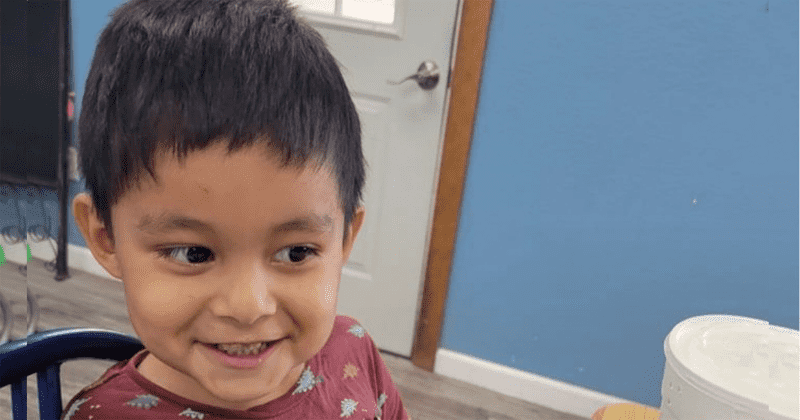 A 3-year-old boy died in Kansas last week during a routine treatment at the dentist. Wichita Police Department was called upon at 8 am to Tiny Teeth Pediatric Dentistry where little Abiel Valenzuela Zapata had become unresponsive after being administered anesthesia. His mother, Nancy Valenzuela, had taken him to the dentists to have teeth pulled because of a gum infection. It is believed that the boy had an unanticipated reaction to the medicine provided during the dental procedure. Emergency services arrived to take Abiel to the hospital where he was declared dead, reported KWCH. Currently, there is no criminal investigation underway.

'I couldn't do anything': Mom says 3-year-old died after dental procedure https://t.co/DoHsVPV02Z pic.twitter.com/osJwtFVweZ

“His heart just stopped beating. Just out of nowhere, so something must have gone wrong,” Valenzuela said. “We weren’t notified about him, about anything.” She added, “Didn’t expect to come out of there without a child. I don’t think any parent ever expects to come out of a place where you feel like they’d be secure...but we did.” According to the police report, the anesthesiologist said Abiel was fine for about 30 minutes under sedation. But 20 minutes later, the boy's cheek started to swell and his pulse slowed down. The report mentioned that he was "given something to try to increase his heart rate when his pulse stopped and they started CPR." It is unclear what exactly was given, according to PEOPLE.

In an emotional Facebook post, Valenzuela wrote: The hardest part is keeping strong for my other kids. I know nothing will ever bring him back but he was the one to always stand out always looking for attention. I can't ever hold him in my arms or sleep with him when he needed me. My boy didn't deserve to die no matter how many people say it was probably an allergic reaction. I will tell you right now if that was the case he would have had an allergic reaction on the first dose. He was given a second dose of anesthesia and I don't know why. Within minutes there was no pulse. He went into cardiac arrest guys."

She explained that she had to watch doctors and nurses give CPR to her son. The family is now demanding an explanation for the sudden death of Abiel. "So yes I want justice, find out what happened because he was a healthy boy," Valenzuela stated. "And there is someone to blame for it because if a dental office is not prepared for that kind of procedure/emergency situation my son needed then they must not even be doing it there." She has vowed to her dead son now that she will do her best to investigate what happened.

“The last thing I told him was cause he cried cause he felt the needle and stuff, so I told him, 'Papi, everything is going to be okay. I’m like, you’re fine,' and as a mother, you just feel like I failed him because you can’t do anything to protect him,” recalled Valenzuela. Remembering her son she added, “We’re going to miss him because he was the loudest at home. He was very playful and cheerful. Everything reminds me of him. My house doesn’t feel the same without him." She went on to say, "He’d always loved to be jumping and running around. He was the one that would get them [siblings] to do the same. He was the troublemaker.”

A GoFundMe has been set up to help the family with funeral costs and other financial expenses. "As a parent, I cannot possibly imagine the pain of losing a child. The family needs time and space to grieve, and I wish for them to not have to worry about financial expenses while doing so," Mariah Cavenee, a family friend wrote in the fundraiser. So far, over $17,000 has been raised (at the time of publication) of the $25,000 they hope to collect for the family.