The incident is said to have occurred in the southern city of Bilhorod-Dnistrovskyi in Ukraine and came to light after the man's remains were found. 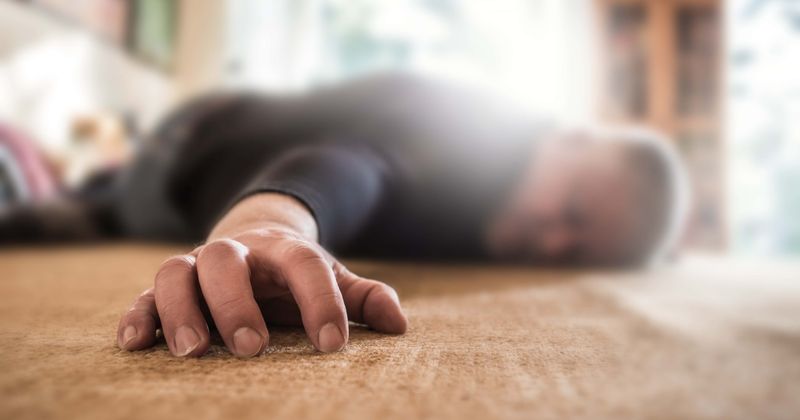 Trigger Warning: This report contains details of murder that readers may find disturbing

A 16-year-old killed her 68-year-old ex-boyfriend, cut him into pieces, and put his remains in 14 trashbags after she met a new young boyfriend. The incident is said to have occurred in the southern city of Bilhorod-Dnistrovskyi in Ukraine and came to light after the remains of Hasan Yildirim was discovered. According to The Sun, Yildirim was a Turkish citizen with a small business in Ukraine and had disappeared in July this year. Concerned by the absence at his business outlet, his relatives contacted the police. When authorities sifted through Yildirim's apartment, they found signs of a fight and traces of blood. Later, investigators came to find the details of his personal life, which subsequently led to the suspect, a 16-year-old girl named Elis Panchuk. When she was interrogated by the police, the teen revealed that she and the victim were in a sexual relationship for months, and confessed to killing and dismembering his body in the bathroom.

A video shows her saying: "We started to fight and he [Yildirim] passed out soon. Then we [Panchuk and her boyfriend] realized he was dead. We decided to get rid of him. Dismembered him, carried out, and buried him in 14 rubbish bags." Police arrested Panchuk and her 17-year-old boyfriend Anton Khoroshenko for participating as an accomplice in the crime. They added that the teen had been meeting Yildrim at his apartment for several months before the crime took place. Emma, a neighbor of the victim, said: "She [Panchuk] would arrive by taxi. He [Yildirim] would pay for it and take her to his flat." The courtship came to an abrupt end after Panchuk came to meet Khoroshenko. Oleg Bekh, the chief of the Odessa Region Police Department, said: "The suspect, who earlier had relationships with the victim, and her boyfriend thoroughly planned the crime beforehand. They came to the victim at night and got into his apartment through a window. They stabbed the man with knives in the neck and head causing his death. After that, the attackers tried to hide the crime." That's when they dismembered the body and buried the parts outside the city.

During the interrogation, the pair admitted to killing him to take revenge for "dragging Panchuk into sexual relations." According to locals, Yidrim ran a business selling female clothes at a local market and had a bit of a reputation with neighbors because he was dating teenagers and "giving them gifts in exchange for sex." A local by the name of Mykyta said: "Every day I saw him bringing home a new girl. In recent months, however, there was the same girl with dark hair who visited him." The girl's family, meanwhile, knew of her relationship with the older man and did not seem to mind, as per local reports. The case remained unsolved for five months as police took their time gathering details of the case, which came to be heard for the first time in Ovidiopol District Court this week.

Prosecutor Yaroslav Gurov said: "In the course of the hearings, it will become clear if the defendants feel any repentance. It will be taken into account when we ask for a sentence for them." When a reporter asked what the girl's new boyfriend thought, he described the incident as being an "unfortunate concatenation of circumstances." If convicted, the two teenagers are set to face up to 15 years in prison.