41-year-old Kristy Katzmann will "skip the dating and go straight to baby-making." 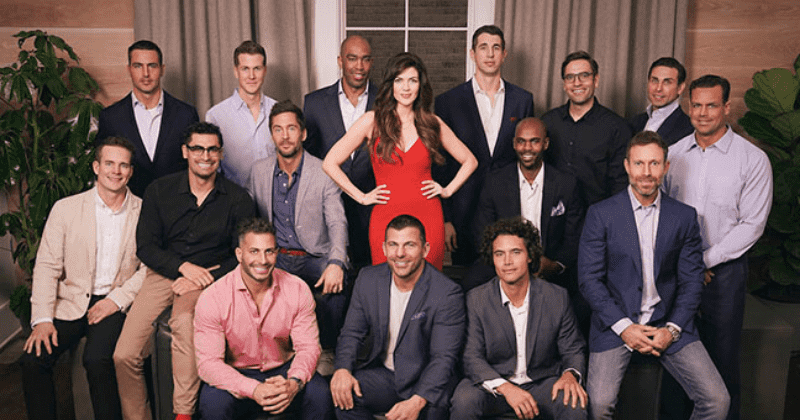 We've had reality shows where people look for love. We've had reality shows where people look for sex. Now, we're skipping all that and going straight to baby-making. Well, that's what a new series on Fox is going to feature. Fifteen men will compete to win the prize of impregnating 41-year-old Kristy Katzmann. Sex and the City alum Kristin Davis is hosting the show, and she explains that the winner and Kristy will "skip the dating and go straight to baby-making." Ah, there's nothing quite like bringing a child into this world thanks to a reality show.

Finding The One is tough, but Kristy is making it work! Catch the series premiere of #LaborofLove on May 21! pic.twitter.com/feldYSdAwv

According to FOX News, Kristy Katzmann is looking to start a family through this  "modern-day mating story"  with a man who "shares her hopes of parenthood." She shared why she wanted to be part of this unconventional show. "I think to cast the lead took some time [because producers] had to find someone who truly was in this place in their life and already taking this journey. I think, for me, it really was uncanny because this is truly my life story. The timing could not have been more perfect. I had just turned 40 at the time and I had just gotten out of a relationship. I was trying to navigate dating, knowing that I still wanted to start a family and that time was definitely not on my side. I think it's a really incredible story that a lot of women will be able to relate to," she said.

Fifteen men — described by Variety as including "a couple people who appear engaged with her and the process, and several more who vaguely want to be on TV, get free drinks, and see where the camera time takes them" — are living in a home together and will take turns courting Kristy in hopes of landing the ultimate prize: a baby. The show also brings in the parents of each of the men, who make their own attempts at selling their sons to both Kristy and the audiences. Variety‘s Daniel D’Addario notes that "appearances by the competitors’ own parents explaining how good these men would be at fatherhood are more notable for the simple curiosity factor than for any sort of real imparting of information."

Kristy tells FOX News that dating so many men is not as easy as it seems.  "I actually think the men surprised me the most. One of my biggest fears going in was wondering if there are actually men out there who are ready for this. And I think we really tested them off the bat by putting them through the whole sperm analysis pretty much moments after I met them. Also, it might sound like a total dream to date 15 incredible men at, once but it's actually super overwhelming. I think it really requires you to stand in your own presence and really know what you want." Not to reveal any spoilers, the reality show star says that her decision ended up being a happy one. She confessed, "I'm super happy. I knew for this to work, I had to really keep an open heart and open mind and put myself 100 percent out there, which I did. I feel so confident with how things worked out and I've honestly never been happier."

The latest reality TV dating show, "Labor of Love" on Fox, isn't just about a woman searching for Mr. Right, but a potential father. It stars Kristy Katzmann who competed on "The Bachelor." pic.twitter.com/5gAKJ48LT0

Twitter users had quite a bit to say about the unique reality show. @KellyA_Parker was absolutely appalled and wrote: Can we talk about this new show #laboroflove? Someone please tell me that I am NOT the only one totally appalled. Did we not learn our lessons from all the failed Bachelor/Bachelorette relationships? Now we’re getting someone pregnant? No. Stop it. Stop. @BradmanTV disagreed saying: I love laboroflovefox because these guys are my age and I want them the same thing they want and it’s realistic even though it’s a far off concept. @its_whitney158 tweeted (spoilers!): I love a good reality show but, #LaborOfLove is weird af. Dude got a first place award for having the highest sperm count and then forgets his possible baby mamas name... @ColleenEMcGrath joked: Ohhh you BET I’m watching #LaborOfLove. And yes, I do hate myself. @CruzanBlue mused: Part of me is really confused. This is the craziest ish I think I've seen on "reality" tv. A dating show where the men have to whack off and do a fertility test before they've even really talked to the woman? What has my life come to during the Rona?