14-Year-Old Boy Stabs Aunt & Cousin 50 Times With Knife, Then Licks Blood From It: 'It Tastes Good'

The boy was staying with his aunt because of a tense relationship with his mother. 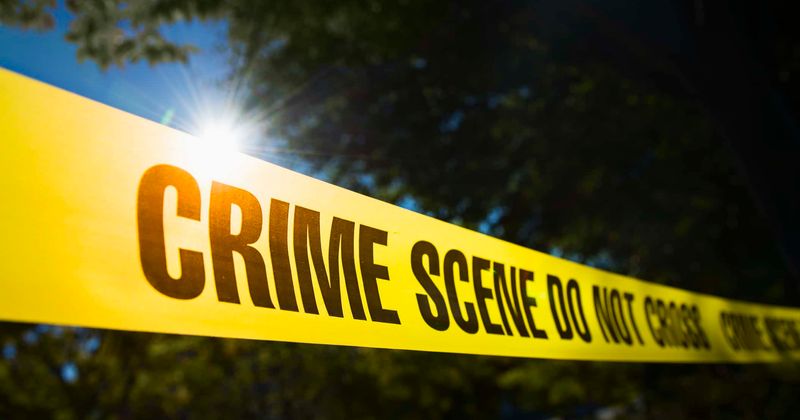 Trigger Warning: The story has details of a violent assault that readers will find disturbing

A teen in Ukraine who stabbed his aunt and cousin with a knife was seen licking blood from the weapon in surveillance footage obtained from near the scene. He is believed to have told his aunt that their blood "tastes good" after the stabbings. Miraculously, the victims survived the attack but were in a near-death situation. Authorities believed the 14-year-old stabbed the victims at least 50 times inside their house, reports The Sun. He also chased them to their home's compound in Kriukivshchyna village, located not very far from the capital city of Kiev. The teen was staying with his aunt, Yulia Nevgodovska, and her four-year-old son, Mikhail, because he had a tenuous relationship with his mother.

Nevgodovska told the local media, “He licked the knife and said, ‘Now I know why maniacs drink blood. It tastes good. Your blood is all over me. Welcome to my world!’” Nevgodovska said the incident took place when she entered her nephew's room to find scratches on the wooden floor. “I was cleaning his (sic) room when I saw the scratches and asked him where they came from. He did not reply and exited the room. I think he got scared,” she said. After a while, the teen was in the kitchen and stood while silent and was behaving in a weird manner.  “He was standing in the kitchen with his head hooded and arms folded. When I approached, he rushed toward me and stabbed me with a knife,” said Nevgodovska. In a state of shock, she fled the house while still bleeding from the stabbing.

Her main concern was her son who was inside the house. She did her best to try and distract the attacker from her son who had just witnessed the altercation. She was successful in the strategy for a while as he followed her out in the courtyard. She dialed a number on her mobile phone for help, which angered the teen even more. He struck her again in her back and chest with the same knife and she fell to the ground. He then went inside the house for his cousin and also attacked him. The little boy screamed in horror and despite the severe injuries on Nevgodovska, she went back inside to try and save him. Luckily mother and son were able to flee the house and their attacker. The boy's face was covered in blood as the teen followed them. He ran away when his mother reached the crime scene.

The mother said, “Yulia called me and said she had been stabbed. I ran to her house calling emergency services on my way." Meanwhile, the two victims were taken to a hospital and were in critical condition. But they managed to remain alive. A murder investigation has been launched against the boy who was still absconding and is speculated to be taking shelter at a home of a distant relative. He is believed to have said he committed the crime because of "domestic abuse" at his aunt's house. But there is no evidence about the same according to investigators. If convicted for the crime, he could be in prison for upto 15 years. A few months ago we wrote a similar story of a 13-year-old in neighboring Russia who stabbed his seven-year-old brother to death in a fit of rage after losing in a video game.

The teen named Alexander, from Dudinka in the Krasnoyarsk Krai region, reportedly trashed his household and broke his phone after the loss while his brother secretly watched. He murdered his brother as he feared he would tell their mother what he had done. Their mother Olga, 32, had left the home while the siblings slept in order to take her six-month-old daughter to the girl's grandparents' home. When she returned, she saw the scene of the murder and immediately called the police.